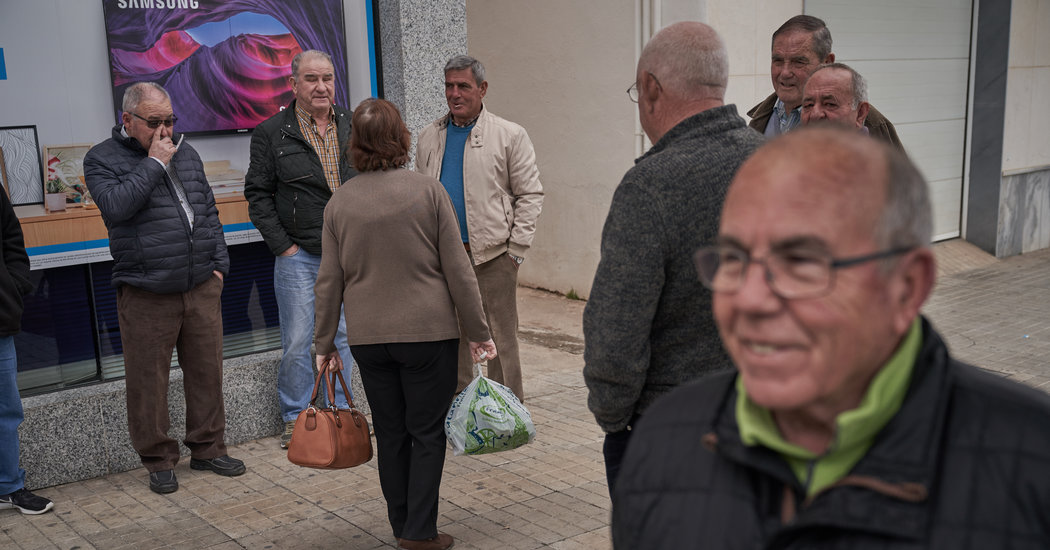 These days, shimmering miles of plastic greenhouses stretch to the horizon, incubating the tomatoes, peppers and other produce that have transformed this once impoverished region into a farming hub.

But the most important seed growing here along Spain's southern coast may be that of Vox, Spain's first far right party since the end of the Franco dictatorship in 1975.

With Prime Minister Pedro Sánchez's decision on Friday to call for new elections, Vox, which got its election breakthrough in El Ejido, will now have a chance to test its appeal on a national stage. Its entry will break a taboo for Spain

In regional elections last December in Andalusia, where Almería is located, Vox won 11 percent of the vote . In El Ejido, a local municipality of about 90,000, it came out on top with almost 30 percent.

What animates Vox, its supporters say, is a urge to reclaim and defend Spanish nationalism in the face of perceived threats to the country's integrity.

For Vox, that includes migration, though this region is heavily dependent on seasonal labor, and the independence drive in Catalonia, seen as an attempt by the affluent northeastern region to turn its back on poor southern Spaniards.

"Illegal migration is a problem for the whole of Spain," said Juan Francisco Rojas, the president of Vox in Almeria, where about 14,000 migrants arrived from Africa last year as the populist government in Italy tightened its borders.

As for Catalan secessionism, he said, “Anything that affects one part of our territory also impacts the rest of Spain, which is why Vox wants to guarantee nobody can threaten our unity.”

While much of the country favo rs a hard line toward Catalonia, Spain has been relatively tolerant on the issue of migration.

Just how far Vox's message will carry beyond the coastal south, then, is unclear. But the party's emergence in a country with a long chapter of dictatorship under Francisco Franco has unsettled many.

“If you look at Trump in America or Bolsonaro in Brazil, you see that people now for politicians who are tough enough to do what they promise, "said Juan Carlos Perez Carreño, the owner of a fleet of refrigerated trucks that transports picked in the greenhouses, reference to Jair Bolsonaro, the right-wing leader of Brazil.

" The problem with those who say horrible things about Vox is that they preach democracy, but only when their favorite candidates are elected, ”he added.

Vox has not officially taken up the Fascist symbols often used by much smaller groups in Spain, which have become more visible than the Catalonia dispute swimmers

Instead, Vox has promised to abolish 2007 "law of historical memory," which calls for the removal of Francoist symbols from public places. The party is itself a defense of Catholic values ​​and it would close mosques suspected of radical preaching.

So far, Spain's established conservative parties, far from shunning Vox, have indicated that they will partner with it if needed. Andalusia's election, Vox helped form a regional right-wing coalition government – a role of kingmaker that it could repeat at a national level in Spain's fractured politics.

This month when tens of thousands of right-wing protesters gathered in Madrid on demand for the replacement of Mr. Sánchez, a Socialist, the Vox founder, Mr. Abascal, occupied the front row, alongside the leaders of the Popular Party and Ciudadanos.

In fact, Mr. Abascal is hoping to take votes away from the conservative Popular Party, which he abandoned in 2013 to form Vox.

Andalusia showcased the decline of mainstream parties, left and right, as the election ousted the Socialists from power for the first time in four decades.

Pepe Moreno, 67, has been home to a museum of his collection of vintage automobiles.

"I'm fine with letting some migrants in," he said, "but not with an open-door policy that means nobody even knows who gets into Spain."

Elsewhere , at the Fuente Nueva secondary school, Javier Adolfo Iglesias, a teacher, started his class by arguing that “xenophobia cannot be the reason for Vox, because I've never seen it in my classroom, nor in my local bar.” [19659002] When his 15 students were asked whether they would vote for Vox, five raised their hands, prompting a debate about the lack of integration among adolescents of different backgrounds.

Many migrants live apart, next by to the greenhouses, in smaller towns like Las Norias de Dazas, which has been taken over by the Moors, remarked Fernando Fuentes, a bar owner.

Fuentes, who keeps a Franco-era flag hanging in the back room and spoke with some patrons about how migrants bring infectious diseases.

In the early mornings, migrants gather at roundabouts to seek day-labor on farms. Ibrahim Hantar, 30, picks tomatoes and lives in a shelter with four other migrants from Morocco.

They share two mattresses and a set of dirty blankets, and cooked two pieces of chicken for their dinner on a portable gas stove. 19659010] Mr. Hantar said his problem was that local farmers wanted him to pay about 3,000 euros to help him get work documentation.

"I've got no problem with Spanish people, but if you don't pay them, you get no papers, "He said.

Evidence witnessed a rare episode of racial violence in Spain, in 2000, when residents launched attacks against migrants whom they blamed for a series of murders, forcing Spanish police to intervene. But now there is a confrontation, according to officials, just as the migrant population has grown.

In the absence of solid official statistics, Mr. Mirrored said the right factions had used social media to spread false figures about rising crime and disease.

"Whatever Vox or any other party says," he shrugged, "people need us to come and work here."