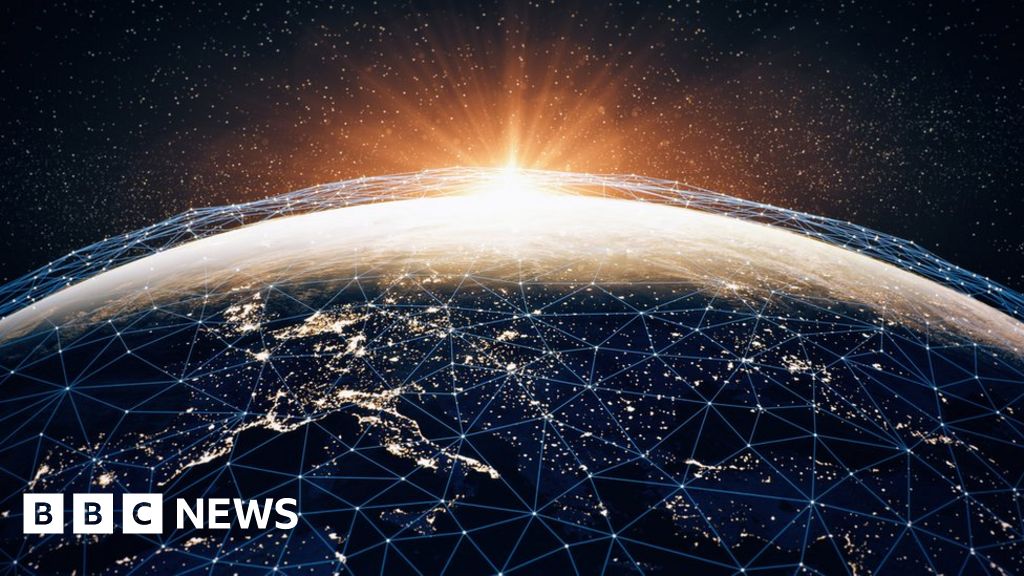 The SpaceX company has started the roll-out of its orbiting broadband system.

A Falcon-9 rocket launched from Cape Canaveral in Florida late on Thursday, packed with 60 satellites capable of giving users on the ground high-speed Connections to the internet

2,000 spacecraft for its "Starlink" network.

SpaceX is one of several commercial outfits with permission to fly and internet mega-constellation.

Others include the UK-based start-up OneWeb, which started its roll-out in February with six operational spacecraft.

Online retailer Amazon also has ambitions in this market. It's working on a 3,200-satellite proposal known as Project Kuiper.

All the concepts envisaged flying spacecraft in a low-Earth orbit less than 2,000km above the planet. This will minimize the delay, or latency, in the internet connections.

Deployment of the Starlink satellites was successfully completed just over an hour into the flight, SpaceX announced.

SpaceX has kept much of the development activity on its multi-billion-dollar broadband plan.

The company launched a couple of technology demonstrators, Tintin-A and Tintin-B, in February 2018, but the spacecraft went up on Thursday look very different.

Pictured by Mr Musk in a tweet earlier this month, These latest platforms appeared to have a "flat-pack" design.

And in a briefing with reporters on May 15, the CEO gave additional information.

Each satellite weighs 227kg, has multiple high-throughput antennas and a single solar array.

The platforms are also equipped with electrical propulsion – a system that expels electrically charged atoms of krypton to provide thrust.

The engine is needed to lift a Starlink from its drop-off altitude or 440km to its operational height of 550km.

The propulsion system will also act to maintain the satellite's correct position in the sky, and to bring it down to the end of its service life.

Mr. Musk said the newly launched Starlinks were an iterative design and later platforms would have a higher specification, featuring for example inter-satellite links.

It was "one of the hardest engineering projects ever seen done," he said, and cautioned that much could go wrong in the early phases of the roll -out

Is there room up there for all these satellites?

There is increasing unease about the number of satellites that could be launched in the next few years – for many purposes, not just broadband delivery – and how this might potentially clog up the space environment.

To give context to what is about to happen – there are just 2,000 operational satellites in orbit today, according to the Union of Concerned Scientists' database. SpaceX's ambitions alone, if fully realized, would dwarf this population.

The great fear that congested orbital highways will result in collisions and the production of debris that then initiates further destructive encounters.

SpaceX said it intended to be a responsible actor and had given its satellites the ability to track orbital debris and to autonomously avoid it.

What is more, it added, all the Starlinks were 95% constructed from components that would burn rapidly on re-entry to the atmosphere when decommissioned – exceeding all current safety standards.

Can actually offer connections to the internet.

For that, launch more than 60 spacecraft on Thursday's Falcon.

Six further rocket flights will have to take place before minor broadband coverage is achieved. A box of launches are required for moderate coverage, says Mr Musk.

He is ultimately being collected from the telecommunications network to find some of his other ideas: "We think this is a key step on the way towards establishing a self- Jonathan_Amos-INTERNET@bbc.co.uk and follow me on Twitter: @BBCAmos