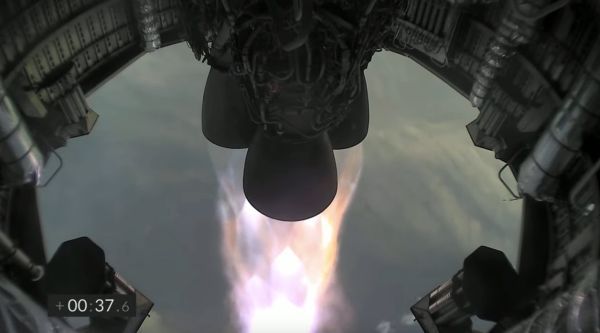 The stainless steel vehicle, known as the SN11 (“Serial No. 11”), was launched on a test flight last Tuesday (March 30) from SpaceX’s South Texas facilities near the Gulf Coast village of Boca Chica.

The SN11 rose as planned to a maximum altitude of 10 km (10 km), and the 165-foot (50-meter) vessel also checked a number of boxes on its way down. But SN11 did not stick its landing instead of exploding in a massive fireball – due to a plumbing problem, SpaceX founder and CEO Elon Musk announced today (April 5).

7;s Starship SN11 take off on a test flight

“Ascent phase, transition to horizontal and control during free fall was good. A (relatively) small CH4 leak led to the firing of engine 2 and fried part of aircraft electronics, which caused a hard start to try to burn in CH4 turbo pump. Until Sunday , ” Musk said via Twitter today.

CH4 is methane, the fuel for SpaceX’s powerful next-generation Raptor engine. And a “hard start” refers to ignition when there is too much fuel in the combustion chamber and the pressure is therefore too high – not a good thing for any engine.

SpaceX develops Starship to take people and goods to the moon, Mars and other distant destinations. The transport system consists of two elements, both of which will be fully reusable: the Starship spacecraft and a giant first-stage booster called the Super Heavy.

Both Starship and Super Heavy will be powered by the Raptors – six for the last Starship and about 30 for the huge booster, Musk has said. SN11 had three raptors, as did each of its three predecessors, SN8, SN9 and SN10, which were launched on 6km high test flights in December, February and early March respectively.

All four flights were largely identical, with the prototypes working well until the end. The SN10 even landed in one piece, actually, but exploded about eight minutes later.

SpaceX will continue to try to land properly. The company has already built the next Starship prototype, known as SN15, and it will soon go to heaven. (Yes, SpaceX goes directly from SN11 to SN15.)