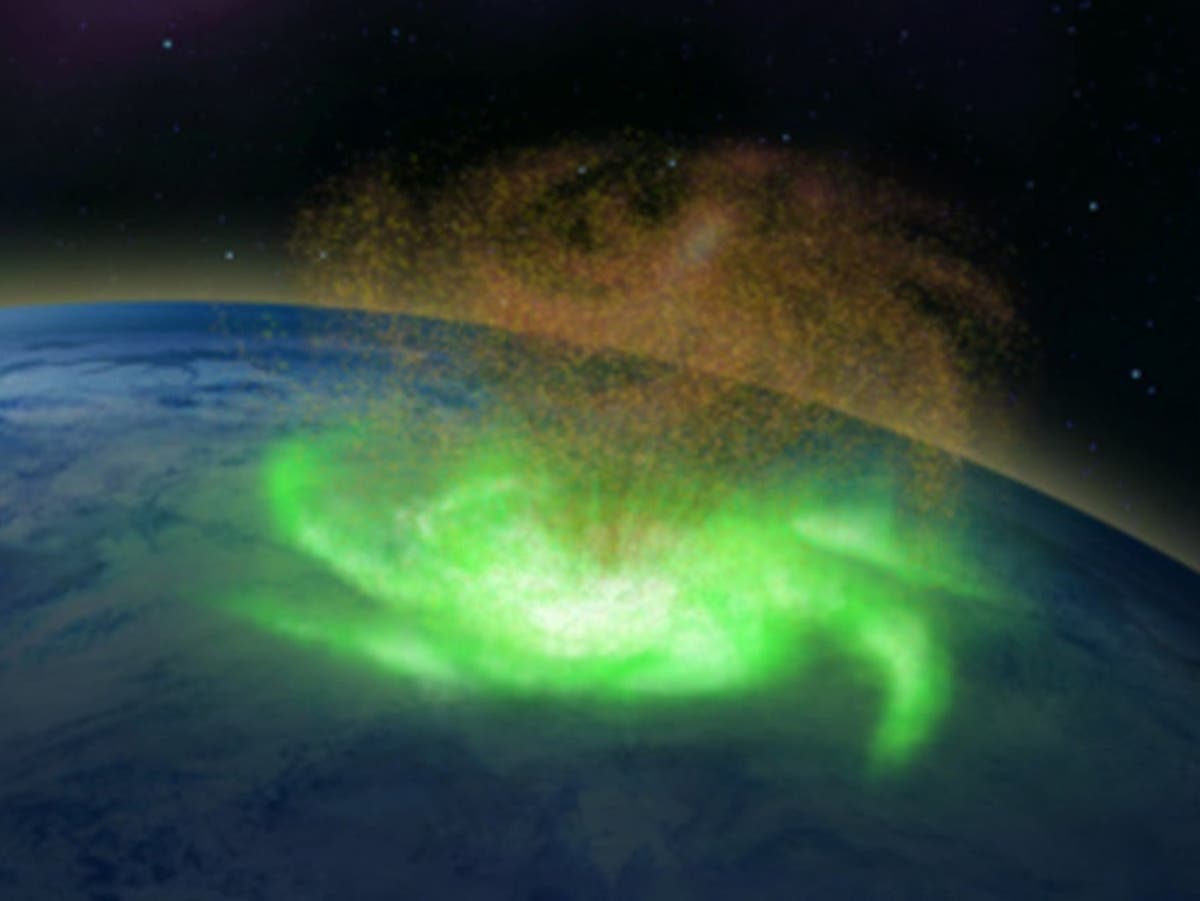 A hurricane in space that swirls high above the North Pole has been observed by scientists for the first time, giving an initial glimpse of a phenomenon that scientists believe could be possible in planets throughout the universe.

The big hurricane was seen by a team of researchers led by China’s Shandong University, which analyzed satellite observations made in August 2014 to construct a 3D image of the phenomenon in the Earth’s ionosphere, where the planet’s atmosphere meets the void in space.

What they found was a swirling mass of plasma that behaved much like the wind-based weather phenomenon seen on Earth. But unlike the hurricanes that can be seen on the planet̵

7;s surface, the space equivalent rained electrons instead of water.

The space hurricane, which spread over 1,000 km over the North Pole, turned counterclockwise much like terrestrial hurricanes in the northern hemisphere and lasted for nearly eight hours until it eventually collapsed.

It was found to have a quiet center, like its earthly counterparts, as well as several spiral arms and widespread circulation.

Such hurricanes are expected to be responsible for important effects on space weather effects such as increased satellite resistance, interference in high frequency radio communications and increased errors in radar placement over the horizon, satellite navigation and communication systems.

According to a study published in the journal Nature communicationthe process can also be important for the interaction between interstellar winds and other solar systems throughout the universe.

Space weather has been a particular focus of research since the 1950s due to the advent of satellite technology, where the first solar winds – or the flow of charged particles from the sun through the solar system – were observed towards the end of the decade.

Scientists believe that hurricanes in space can also occur near other planets and moons with magnetic fields and plasma – the state of matter where a gas becomes so hot, its atoms are divided into independently moving electrons and ions, making them easily affected by forces such as the push and pull of the earth’s magnetism.

Professor Mike Lockwood, Professor of Space Environment Physics at the University of Reading, said: “Until now, it was uncertain that space plasma hurricanes even existed, so it is incredible to prove this with such a striking observation.

“Tropical storms are associated with enormous amounts of energy, and these hurricanes in space must be created by an unusually large and rapid transfer of solar energy and charged particles to the Earth’s upper atmosphere.

“Plasma and magnetic fields in the planet’s atmosphere are found throughout the universe, so the findings suggest that hurricanes in space must be a widespread phenomenon.”