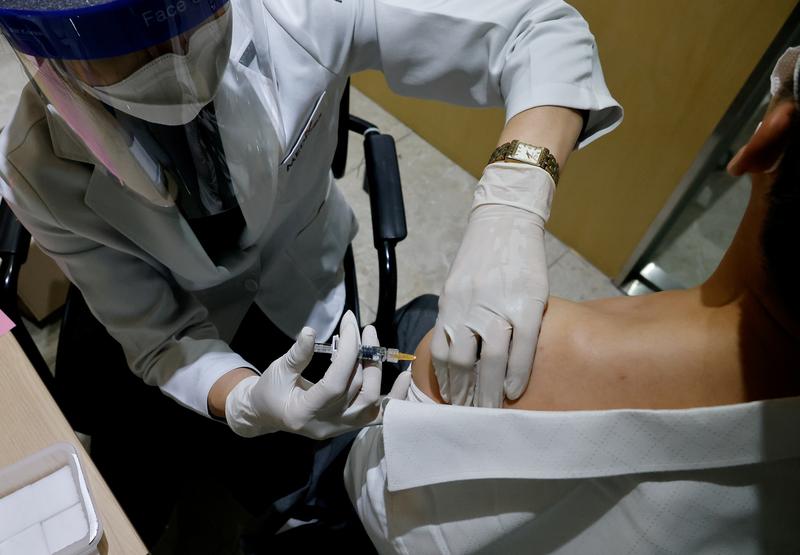 SEOUL (Reuters) – The number of South Koreans who have died after getting the flu shot has risen to 48, the Korea Disease Control and Prevention Agency (KDCA) said on Saturday, adding that the vaccines would continue to reduce the chance of having simultaneous epidemics.

Health officials said they found no direct link between the deaths and the shots. They plan to continue with the state-run vaccination program to try to avoid having to fight both the flu and coronavirus over the coming winter.

“After undergoing deaths so far, it is not time to suspend a flu vaccination program, as vaccination is very crucial this year, given … the COVID-1

Jeong said the review had shown no direct link between the flu shots and the 26 deaths that have been investigated.

About 20 initial autopsy results from police and the National Forensic Service showed that 13 people died from cardiovascular, cerebrovascular and other disorders not caused by the vaccination.

The death toll among those who have been vaccinated increased by 12 cases from one day earlier to 48 on Saturday.

The rising death toll has prompted some doctors and politicians to call for an end to the government’s campaign to vaccinate around 30 million of the country’s 54 million people.

While Jeong urged people to get flu vaccines, Jeong issued precautions before getting shot, such as drinking enough water and telling health care workers about any underlying medical conditions. She also advised people to wait 15-30 minutes before leaving the clinic where they will get their vaccine.

The KDCA said 9.4 million people had been vaccinated as of Friday in the program, which started in September, with 1,154 cases of side effects.

South Korea reported 77 new cases of coronavirus as of Friday midnight, bringing infections to 25,775 with 457 deaths.

15 relatives get coronavirus after birthday party: ‘Do not be like my family’

Coronavirus infects only FOUR percent of children, the study shows