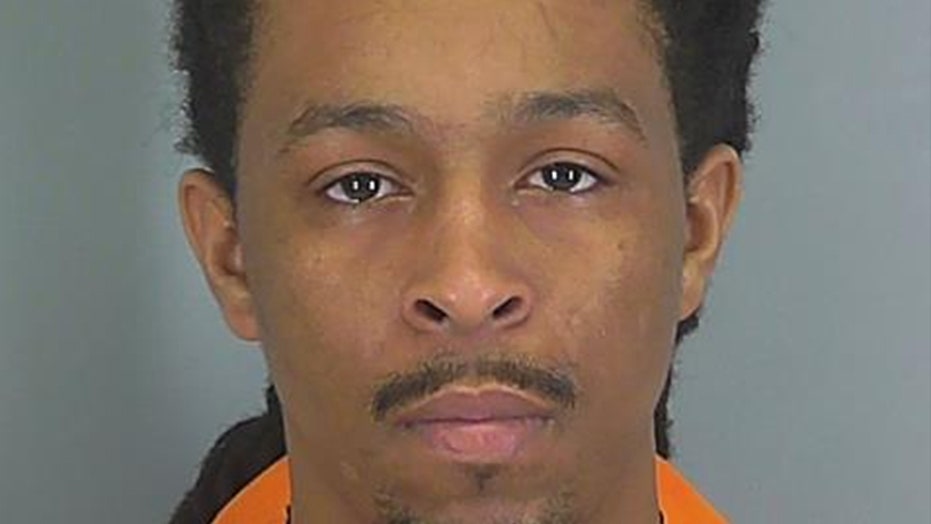 A South Carolina sister is being accused by police of letting her 1-year-old daughter be burned to death within his fiery vehicle while attempting to flee officers on foot after a highway hunt.

Imhotep Osiris Norman, 26, of Spartanburg, is now facing a murder by child abuse tax as a result of events allegedly unfolding Friday. If he was convicted of the crime, he could be sentenced to 20 years in prison life, The State Newspaper Reports.

South Carolina Highway Patrol says officers first tried to pull over Norman at about 10am. In Greenville County he was clocked making 67 mph in a 45 mph zone. When Norman failed to stop, they chased and noticed that smoke and sparks came from his vehicle while it was timber along the Interstate-85.

The car finally came on fire and Norman gave up and left on foot according to Fox Carolina.

Police accuse Imhotep Osiris Norman of leaving his 1-year-old daughter to die in the back of his fiery car while trying to flee officers after a highway hunt.
(Spartanburg County Detention Center)

The station reported firefighters who arrived on the spot shortly after extinguishing the flames and found the body of a small child in the back of the car. Spartanburg County Coroner Rusty Clevenger identified the victim as Xena Rah # 39; Lah Norman, the suspect's 1-year-old daughter.

Norman was later traced and arrested by police and a bag he allegedly threw out of his car's window during the persecution was found to contain illegal drugs, Fox Carolina reported.

During a lawsuit on Saturday when Norman was denied ties, he claimed that his car was out of control and that it "was not on fire" when he got out of it.

"It went by myself," Norman told a judge. "I couldn't beat the gas or the brakes or anything. When I hit the brakes, I continued at the same speed."

"I just know the car wasn't on fire when I got out of the car," he added and also said, "If I couldn't get my daughter out of that car, I wouldn't come out."