Sore knees? Maybe you have a fabella 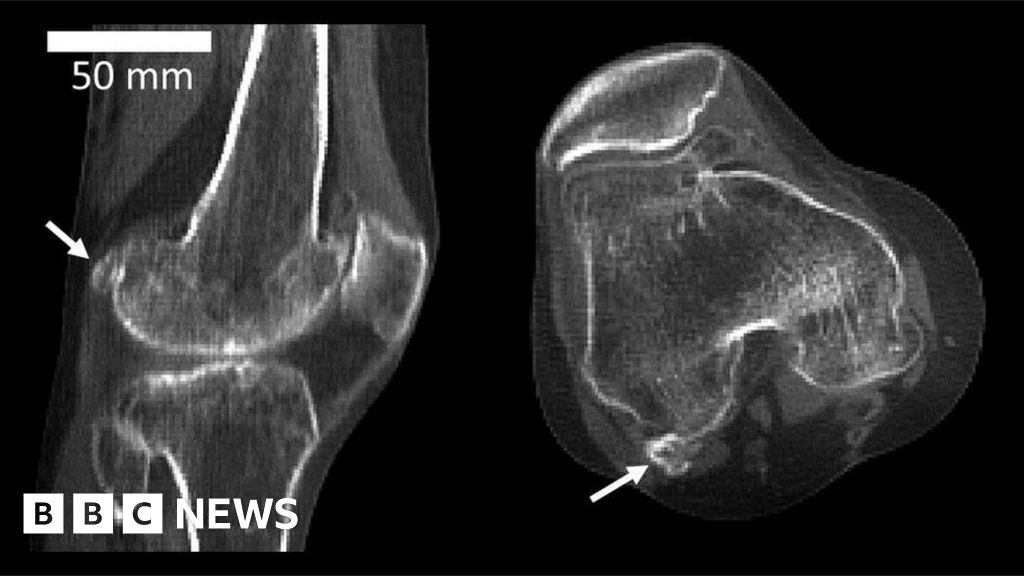 A little bone in the knee scientists thought was lost to evolution seems to be making a comeback, say experts from Imperial College London

The fabella is found in some people buried in the tendon just behind their knee. 19659007] Doctors think it is pointless, and you can happily live without it – many people do.

However, people who have arthritis appear more likely to be in possession of a fabella.

The Imperial College team has published

In medical terms, the fabella – which means little bean – is a sesamoid bone, meaning it grows in the tendon of a muscle, just like the kneecap or patella.

How common is it?

Dr Michael Berthaume and colleagues at Imperial's department of bioengineering have looked back at medical literature on knees over 150 years in 27 countries, including the UK.

Between 1918 and 2018, reports of the fabella bone's existence in the knee increased to the extent that it is now thought to be three times as common than 100 years ago

The researchers made their estimates using medical scans and medical journals' findings from a growing world population.

The fabella is found in the tissues behind the kneecap

Why do some of us have it?

Dr Berthaume said that no one really knows the answer to that, because it has never been researched.

"The fabella may need other sesamoid bones to help reduce friction within tendons, redirecting muscle forces, or, in the case of the kneecap, increasing the mechanical force of that muscle, "he said.

"It could be doing nothing at all."

Do we need it?

In the old world monkeys, the fabella can act as a kneecap, increasing the mechanical advantage of the muscle.

But when the ancestors of great apes and humans evolved, it seemed to disappear.

Now that it has returned, it is just causing us problems, according to experts.

People with osteoarthritis of the knee are twice

The fabella can also get in the way of knee replacement surgery and cause pain and discomfort on its own.

So why is it making a comeback?

The theory is that it is all to do with nutrition.

Because sesamoid bones, like the fabella, are known to grow in response to the movements they make. and the forces exerted on them, this could expl

Why is it important?

Find out about this little bone's resurgence could help doctors treat patients with knee issues.

But first they want to find out the age, gender and location of people most likely to have a fabella, and if it occurs in one or both knees.