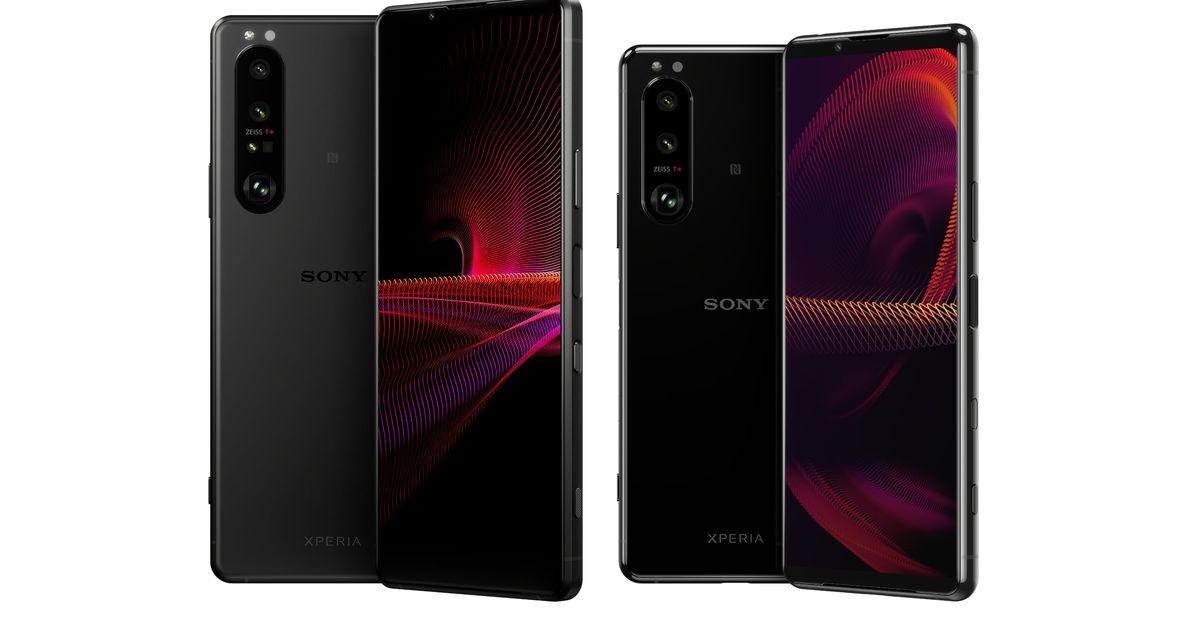 Sony announces two new phones today, Xperia 1 III and Xperia 5 III. Both are the latest in Sony’s campaign to redefine the Xperia brand as a kind of sibling to its reputable Alpha digital cameras. As such, the camera system is again the main focus, and Sony specifically announces “the world’s first smartphone with a variable telephoto lens paired with a Dual PD sensor” and improvements to its already fast and accurate autofocus system.

Prices were not announced, but they were both to be available in the US “this summer”.

Each phone has the basic specifications you̵

7;d expect on a top-class Android phone: three cameras on the back, a Snapdragon 888 processor and 5G support. In fact, 5G support is worth noting because these Xperia phones can work on 5G networks in the US, something that is strangely lacking on the latest models. However, they only work on the regular sub-6 networks on Verizon and T-Mobile without support for AT & T’s 5G networks. As is quite common for Sony, these will be sold directly rather than through operators.

The phone also holds the Xperia design language Sony landed on with the original Xperia 1. They are tall and narrow with lots of glossy blacks and small curves at all angles, giving them the most monolithic look of a smartphone today. I think they look good, but I’m also aware that they’s likely to cost a lot of money when Sony comes around announcing the price.

To establish the Xperia brand, Sony has also pushed on many other great specs that are relatively hard to come by on other Android phones. The Xperia 1 III has a 4K OLED display that now supports a fast (though locked) 120Hz refresh rate. There are two speakers that are 40 percent higher and work with Sony’s 360 Reality Audio format.

Sony also enables a special mode for the USB-C port that allows you to use a special cable to take an HD resolution video signal from an SLR camera so you can use it as a monitor – just like the Xperia Pro can do with HDMI. It can also make them an interesting option for live streaming.

They come in both dual-SIM and SIM + microSD variants. And there is even a good headphone jack and a shutter button.

There is also the more standard price, such as wireless charging and a 4,500 mAh battery. Once connected and playing, the phones can redirect power away from the battery to reduce heat. Both phones come with Android 11, but right now there is no clear commitment to future software updates.

If you step down from Xperia 1 III to Xperia 5 III, you will get a very similar set of specifications with a few exceptions. It will of course be smaller. The larger phone has a 6.5-inch 21: 9 screen, while the 5 has a 6.1-inch 21: 9 screen – in 1080p resolution instead of 4K. But it still has support for the periscope-style variable lens.

But again, it’s the big push on the cameras, and here Sony has done a great deal to improve hardware. Sony uses three 12-megapixel sensors on the back, and both main and telephoto lenses support OIS. (Xperia 1 III also gets a flight time sensor.)

Sony says that they have lenses equivalent to 16 mm (f / 2.2 ultrawide), 24 mm (f / 1.7 wide) and 70 mm (f / 2.3 telephoto), but that the telephoto object can also reach up to an f / 2.8 105 mm equivalent. This extra telezoom comes thanks to a folded periscope lens design, and Xperia moves the lens elements physically to get different focal lengths.

The idea is that photographers mostly stick to these focal lengths, but if they want to zoom further or use a zoom level between Xperia phones, they use digital zoom.

In addition to the smart hardware, Sony has repeated its software. Unlike Google, Apple and even Samsung, Sony focuses on technical features rather than computational photography. It claims some improved performance in low light in some situations, but really the main emphasis is on features like autofocus and shooting speed.

These phones can take pictures at up to 20 fps with focus / exposure readings at 60 fps. They also support 120FPS 4K in HDR. There is still eye-tracking autofocus, but this year there is real-time tracking for that autofocus. In a demo, Sony showed a subject that turned around, and when their eye was visible again, adjusted the camera.

Hardware is excellent, but it may only be noticed by enthusiasts

Sony is finally integrating its pro camera app with the main camera app. There is the “basic” mode like any smartphone, but it is now faster to get to the pro mode. Sony’s pro mode is really also angled towards people who use Sony’s cameras: the interface is very similar.

On paper, all this sounds really good. We will need to review them to see if these specifications can translate into good experiences. Previous Sony Xperia phones have also had good camera hardware specifications, but to take fast pictures, they have often missed the mark. Treating a smartphone camera like a professional SLR camera can limit their appeal.

Sony’s tack with the Xperia line is to pack them for the gills with specs and features that will appeal to photographers and even videographers (there’s an excellent workflow-based video app included). In reality, however, Sony has fought hard to gain a measurable market share in the United States. Much of it has come down to higher prices than is the norm for even flagship Android phones, but some of it also comes down to availability. With no airline partnerships or massive marketing budgets, these Xperia phones are more likely to appeal to camera enthusiasts than regular Android buyers.