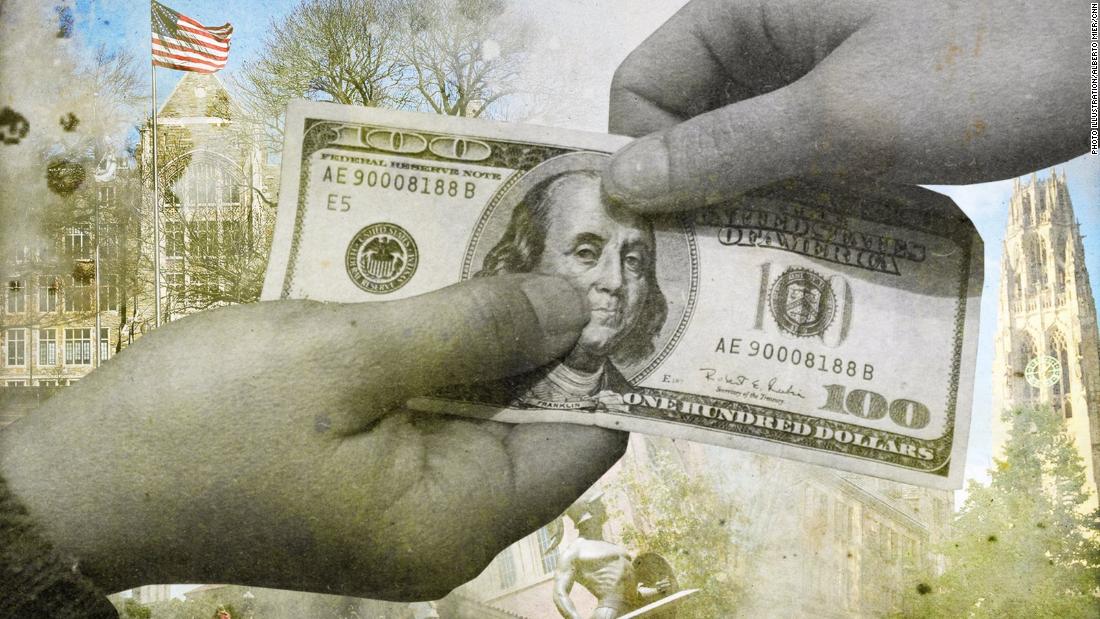 Malcolm Abbott allegedly "struck his father with a roll and punched and kicked him" on May 19 outside a Fifth Avenue residence in New York City, a New York Police Department spokesperson said. Abbott was gone by the time police arrived, but was subsequently arrested on May 21.

Gregory Abbott is the founder and chairman of a food and beverage packaging company.

According to one of the sources, Malcolm Abbott also bit his father, who refused medical attention. Malcolm Abbott is set to appear in court on Friday, according to court records. CNN has reached out to the Legal Aid Society, which is representing the son.

According to prosecutors, the Abbotts paid William Rick Singer, the scam's mastermind, $ 1

25,000 in purported donations to his foundation to get their daughter higher test scores on the ACT and SAT exams. Her answers were corrected by Mark Riddell, who has pleaded guilty for his role in the scandal.

As part of their plea agreements, prosecutors recommended the Abbot serve 12 months and one day in prison.