Skeletons reveal the cost of medieval fashion for pointed shoes 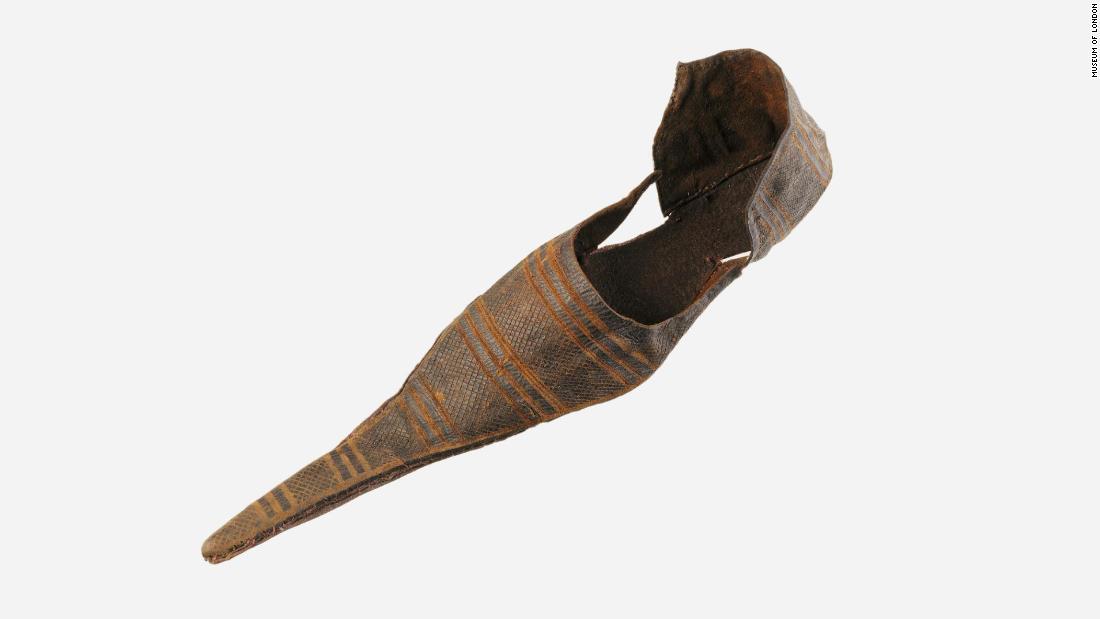 They were Jimmy Choos in their day.

Known as poulaines, pointed leather shoes were the height of fashion in 14th century Britain. Medieval men and women around the city, however, suffered for their fancy footwear: They got bunions.

The painful condition is common today, especially among women. Paleopathologist Jenna Dittmar was surprised to find evidence of bunions, more formally known as Hallux valgus, among the skeletal remains she examined for a broader project on life experience in the Middle Ages.

“You get degenerative changes in the bones of the feet. There are very clear osteological signs that the toes were pushed sideways. And there are basically holes in the bone that indicate that the ligaments pulled away. It looks painful to look at the bone. , “said Dittmar, a fellow at the University of Aberdeen who was at the University of Cambridge while conducting the research.

A bunion is formed when the big toe is angled and a bony protrusion is formed on the inside of the foot. The deformity is often associated with high heels and tight footwear, although other factors such as genetics play a role. The bump can be painful and make it harder to balance.

Dittmar and her colleagues were fascinated by the unexpected occurrence of bunions and analyzed a total of 177 skeletons from the 11th to the 15th century buried in and around Cambridge in the United Kingdom. The research team found that 27% of the skeletons from the 14th and 15th centuries suffered from nodules, compared to only 6% dating back between the 11th and 13th centuries.

The 14th century saw the advent of new styles of dress and footwear in a wider range of fabrics and colors, researchers said, and the remains of shoes excavated in London and Cambridge in the late 14th century suggest that almost all types shoes – for adults and children – were at least slightly pointed.

Few of the shoes have survived intact, though the Museum of London has a well-preserved example on display in the medieval London Gallery, which is 31.5 centimeters (1 foot) long.

This pointed toe medieval shoe is known as a poulaine. The artifact dates from the end of the 14th century and is on display at the Museum of London. Credit: Museum of London

It was unclear if the shoes had heels, Dittmar said. Materials such as wood from which heels could have been made do not preserve well in the archaeological record.

Richer individuals with higher status living in urban areas were more likely to have suffered from nodules, suggested the study of the skeletons that came from four different cemeteries around Cambridge.

Only 3% of the skeletons in the church cemetery 6 km south of the city and 10% of the cemetery on the outskirts of the city, where many working poor were buried, showed signs of bunions.

While brother was to wear clothing that reflected a simple lifestyle of worship, it was common for clergy to wear stylish clothing. Flying priests were such a concern for church officials that it was forbidden to wear shoes with toes in 1215. That said, the decree seemed to have little effect, with further editions of priestly garments being passed in 1281 and 1342, the study noted.

More male skeletons in the study had nodules than females, but Dittmar said the study sample had fewer female skeletons and the team could not conclude that there was a gender split.

The study also found that the skeletons of those who died over the age of 45 with Hallux valgus were also more likely to show signs of fractures, usually due to a fall. For example, fractures of the upper legs may indicate that an individual tumbled forward on outstretched arms.

“Modern clinical research on patients with Hallux valgus has shown that the deformity makes it harder to balance and increases the risk of falls in the elderly,” Dittmar said. “This would explain the greater number of healed bones we found in medieval skeletons with this condition.”

The study was published in the International Journal of Paleopathology.