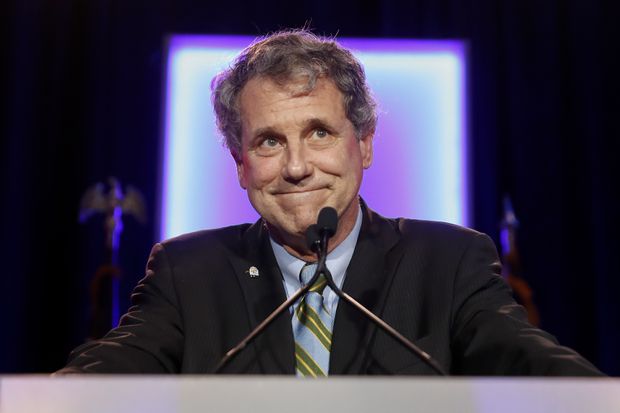 CLEVELAND, Ohio – Sen. Sherrod Brown will travel to Iowa, New Hampshire, Nevada and South Carolina, the latest move in a possible run for president in 2020.

In a conference call with reporters Tuesday night before announcing the trip nationally on MSNBC, Brown said his early -state jaunt will start Jan. 30 in Cleveland. His first stop will be Jan. 31 in Iowa, with the other early-primary season states following the course of February.

Brown is jumping into a likely crowded democratic primary field to unseat Republican President Donald Trump in the 2020 election. The early-state trip ̵

1; which Brown coined the "Dignity of Work" Tour – will let Brown see if his populist, progressive message works on a national level.

"Some national democrats, they've created this sort of binary choice that you speak to the progressive base or talk to working class voters of all races, "Brown said. “I don't think it's either. I think you do both. That's how you win in the heartland. That's how we won in Ohio. That's what I hope is the narrative of all the presidential candidates on the Democratic side. ”Brown has not officially declared his candidacy for president, but is openly and publicly considered the prospect. He said he was still weighing whether to join the fray with journalist Connie Schultz – his wife – and the rest of his family. He said: "I don't know if I'm running yet," Brown said. “Connie and I are thinking about it. We're talking to people. If we decide to run, it's a matter of weeks away. ”

Brown said he was in contact with political leaders in the early states, but declined to give names.

Along with the announcement came to the launch of a new website – dignityofwork.com. The cornerstone of Brown's 2018 campaign was focusing on economic issues related to working people – stagnated wages, affordable housing and access to health care, to name a few.

The Iowa visit will be a key factor in whether Brown decides to run for president . Unlike some of his colleagues who have peppered the early states since the 2016 election test their messages, Brown has yet to stump in any of the first four states.

But Sarah Benzing, Brown's Senate office chief of staff, is reportedly assembling a team in Iowa. She is familiar with the state, having grown up and worked in politics there. And Justin Barasky, who ran Brown's successful 2018 re-election campaign, has been in Nevada where he worked for Sen. Harry Reid's 2010 re-election campaign

Iowa is likely to be crucial to any chance Brown has to win the Democratic primary. He's less well-known than others either running or contemplating doing so and is currently at a disadvantage in fundraising after a pricey re-election campaign, though he's proven to be an adept fundraiser in the past.

A good showing in the first -in-the-nation caucus would give Brown momentum in the other early states and the crucial Super Tuesday contest, the first day when multiple states cast primary votes.

If Brown's message resonates with voters in the Hawkeye State, a presidential campaign announcement seems imminent.