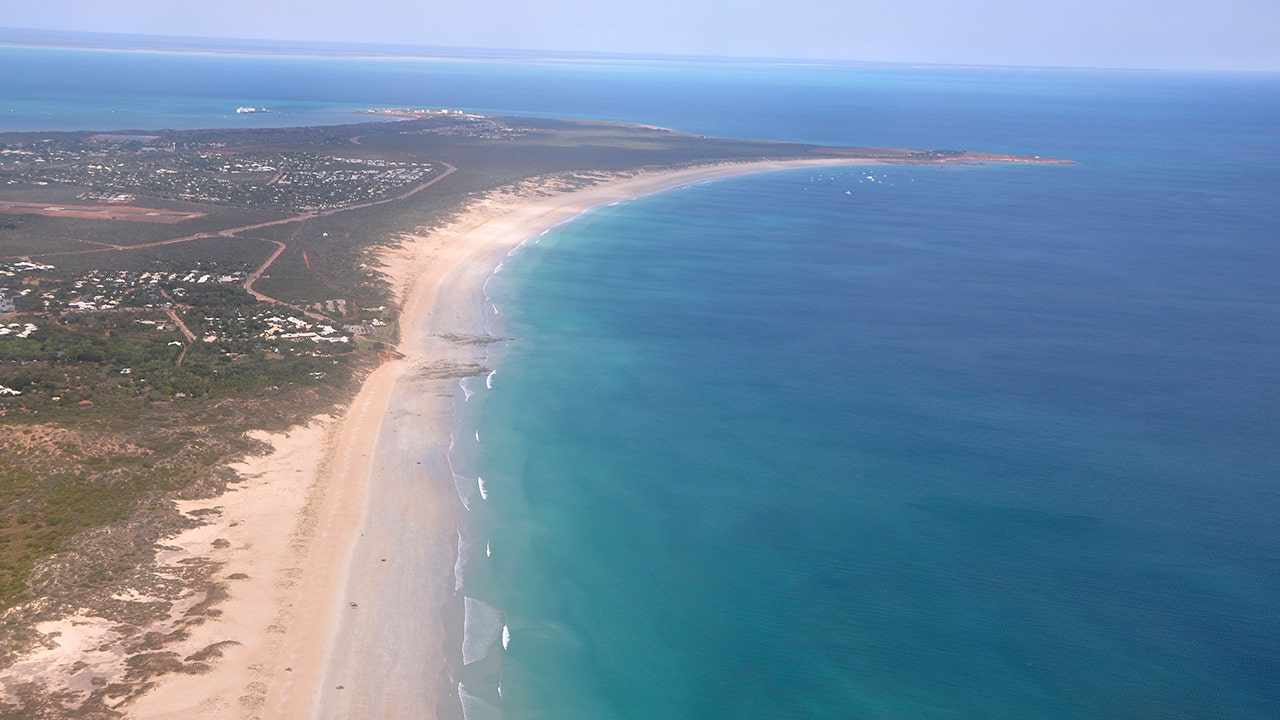 A 55-year-old man has died after being attacked by a shark in Western Australia, the eighth death in the country this year.

The man was pulled from the water with serious injuries and treated by police before paramedics arrived. He died on the spot, police said.

This aerial photo shows Cable Beach and the town of Broome, Western Australia, on 24 June 2014. A 55-year-old man died on Sunday 22 November 2020 after being attacked by a shark off Cable Beach, a popular tourist destination on the Australian coast in The Indian Ocean, the eighth death in the country this year. (Kim Christian / AAP image via AP)

Local media reports said the man was bitten in the upper thigh and hand.

The species of shark involved in the attack is not known.

Park rangers immediately closed the beach, and a fishing vessel was assigned to patrol the area.

The number of eight killed in shark attacks this year is Australia’s highest since 1929, when nine died, according to the Associated Press.