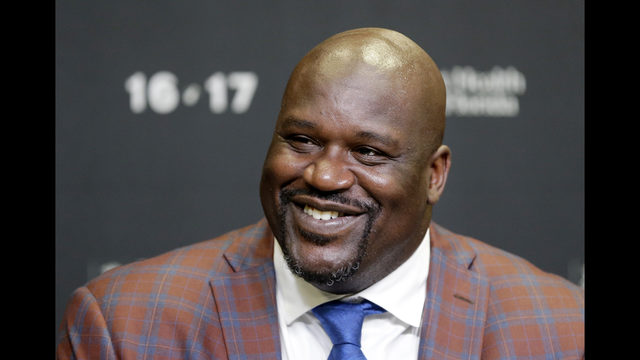 Shaquille O'Neal and Papa John's have joined forces, with the NBA Hall of Famer signing on as the pizza's company new Spokesperson.

On Friday, the chain announced by O'Neal will join its board of directors. He will also invest in nine Papa John's stores in Atlanta and become the restaurant's brand ambassador.

“I really enjoyed the quality of Papa John's product for years and am excited to be able to help Papa John's raise their game to new heights, ”O'Neal said in a statement. “This is a triple threat opportunity for me. I am excited to join the board and to help lead from the top, while also investing in nine stores in my home town of Atlanta and being an ambassador for the brand … Papa John's is building a better culture, and I want to be TRENDING STORIES

Time for a pizza party! I excited to join @PapaJohns as a member of the Board of Directors and investor in 9 stores in #Atlanta . Excited to work with Papa John's team members and customers ̵

"Shaquille has an excellent entrepreneurial background, including as a restaurant franchise owner, and is a natural creative marketer," Smith said. “Shaquille has shown great success through understanding the customer value proposition with product and brand differentiation. ”

This is the first time O'Neal has collaborated with a huge brand. The four-time NBA champion and television sports analyst also has a partnership with Five Guys and owns in Atlanta area Krispy Kreme. He's the founder of Big Chicken, a fried chicken restaurant in Las Vegas, as well as Shaquille's, a fine dining restaurant in Los Angeles.

Want to learn more about the business venture? The AJC's Rodney Ho spoke with O'Neal about his decision to join Papa's John's.

This article was written by Najja Parker, The Atlanta Journal-Constitution