Sexual violence on the rise in South Sudan, U.N. Says 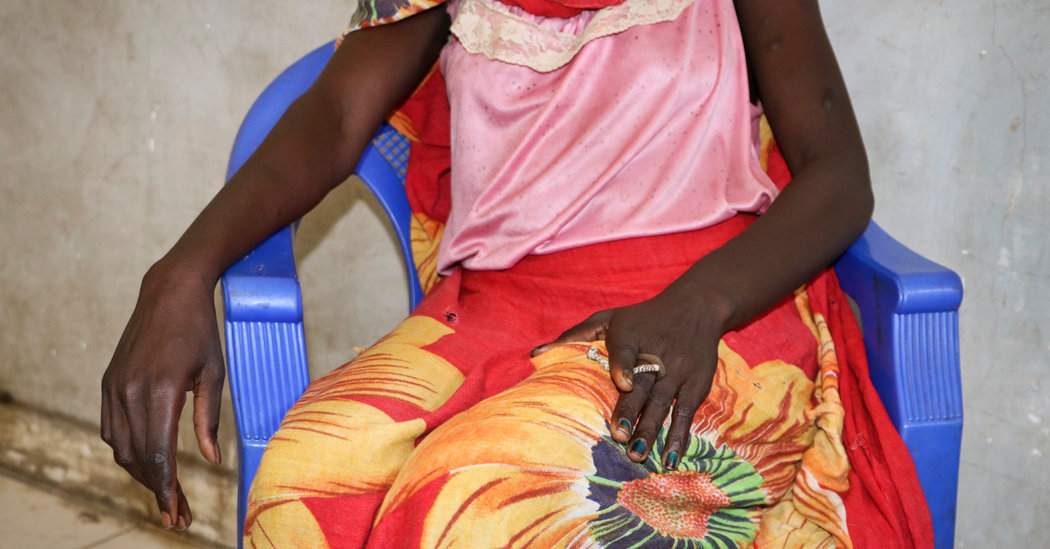 GENEVA – Some women were tied to trees, raped for hours and then beaten. Others who resisted were pummeled with rifle butts, sticks and cable wire. The statesmen were armed men, mainly from forces in line with the South Sudan government.

Nearly five months after South Sudan's belligerent leaders signed an agreement to end five years of conflict in the country, which was first founded in 2011, the United Nations on Friday listed these horrendous practices to speak out of a riot in sexual violence that began last year.

United Nations investigators said they had documented rape of 1

34 women and girls in the northern areas of southern Sudan in the last three months of 2018. 50 of the victims were children, one of them only 8 years old. Another 41 women and girls suffered other forms of sexual and physical abuse.

Many rape victims had spread to remote areas that could not be reached on the road, and the actual number of attacks was much higher, the investigators said, noting that the violence continued this year, albeit to a lesser extent.

South Sudan declared independence from Sudan in 2011 with the support of Western nations. But two years later, civil war broke out following a feud between the troops loyal to President Salva Kiir and others who supported Riek Machar when the vice president.

Fighting between several fractions soon broke out, and South Sudan was agitated ethnic violence and a devastating humanitarian crisis with millions of refugees to neighboring countries trying to escape hunger and disease.

United Nations Human Rights Director Michelle Bachelet urged South Sudanese leaders in a statement on Friday to investigate the latest evidence of widespread rape, bring the perpetrators to justice and tackle the pervasive impunity identified by the report as a major factor in the country's endemic sexual violence.

The chances of this happening seem remote. A study of the reported rapes led by Awut Deng Acuil, South Sudan's Minister of Gender, Child and Social Welfare, concluded in December that the allegations were "unfounded and unfounded."

Rupert Colville, Mrs Bachelet's spokesman, told journalists in Geneva: "Of course, we do not agree with this conclusion."

"It's simply not good enough," he added.

The United Nations said that most of the attacks were carried out by youth militants and by elements of forces in line with Mr. Kiir. A small number of attacks were associated with opposition fighters who supported Mr Machar.

The attacks were foreseen and seemed to be organized, the investigators said in their report and observed that "the recklessness of the attackers seems to be a coherent function of sexual violence documented."

A survivor quoted in the report said that and others were raped repeatedly on three different occasions. "We avoided the road because we heard horrible stories that women and girls are being caught while they are going through and being raped, but the same thing happened to us," she said. "There is no escape – we are all raped."

Almost 90 percent of the victims were raped by more than one attacker and often for hours at a time, the United Nations reported on an episode where soldiers brought violence a group of five women, four of whom were pregnant at that time.

A senior military officer, introduced by the United Nations in a campaign against rape and murder last year, was later promoted and identified by the organization as command units involved in the attacks described in Friday's report. He was not mentioned in the report.

Last year, a military conviction sentenced 10 prisoners to prison conditions for their part in the rape of five foreign aid workers during an attack on a hotel in the capital Juba in 2016, but that case is so unusual.

"The number of people tried and convicted of sexual violence in South Sudan is extremely small," Colville said.