Seven people are shot near a Baltimore church

By Emily Crane For Dailymail.com

Seven people have been shot during a cookout close to a Maryland church.

The shooting took place on the same block as the Perkins Square Baptist Church in Baltimore just after 5pm on Sunday.

Police said that at least one person had died.

. Baltimore police forensics officers place evidence markers next to bullet casings while investigating the scene of a shooting in Baltimore on Sunday ” class=”blkBorder img-share” /> 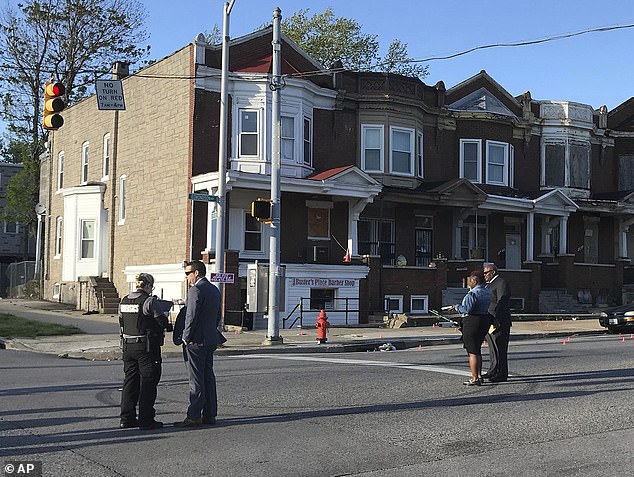 First responders found the victims on the 2500 block of Edmondson Avenue outside Buster's Place Barber Shop where the cookout had been set up.

Witnesses said the gunman was in a car that pulled up alongside the cookout and opened fire .

Police closed down the block surrounding the barber shop and the church.

Police department spokeswoman Chakia Fennoy said she has immediate information on what prompted the shooting or any suspect or suspects. 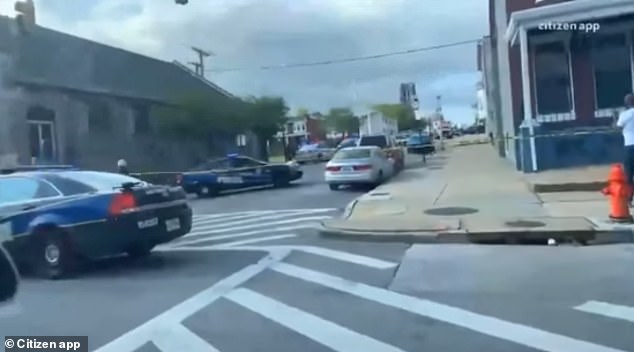 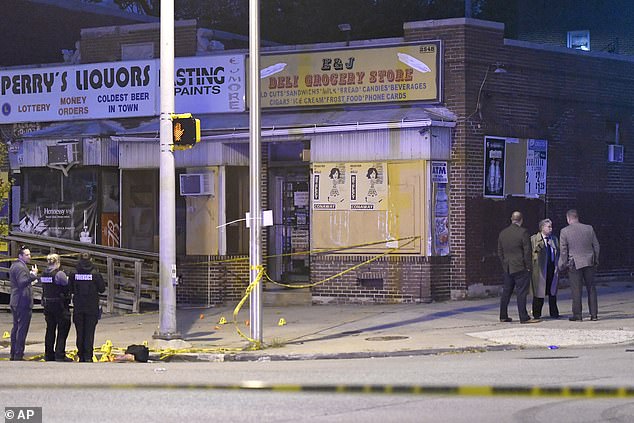