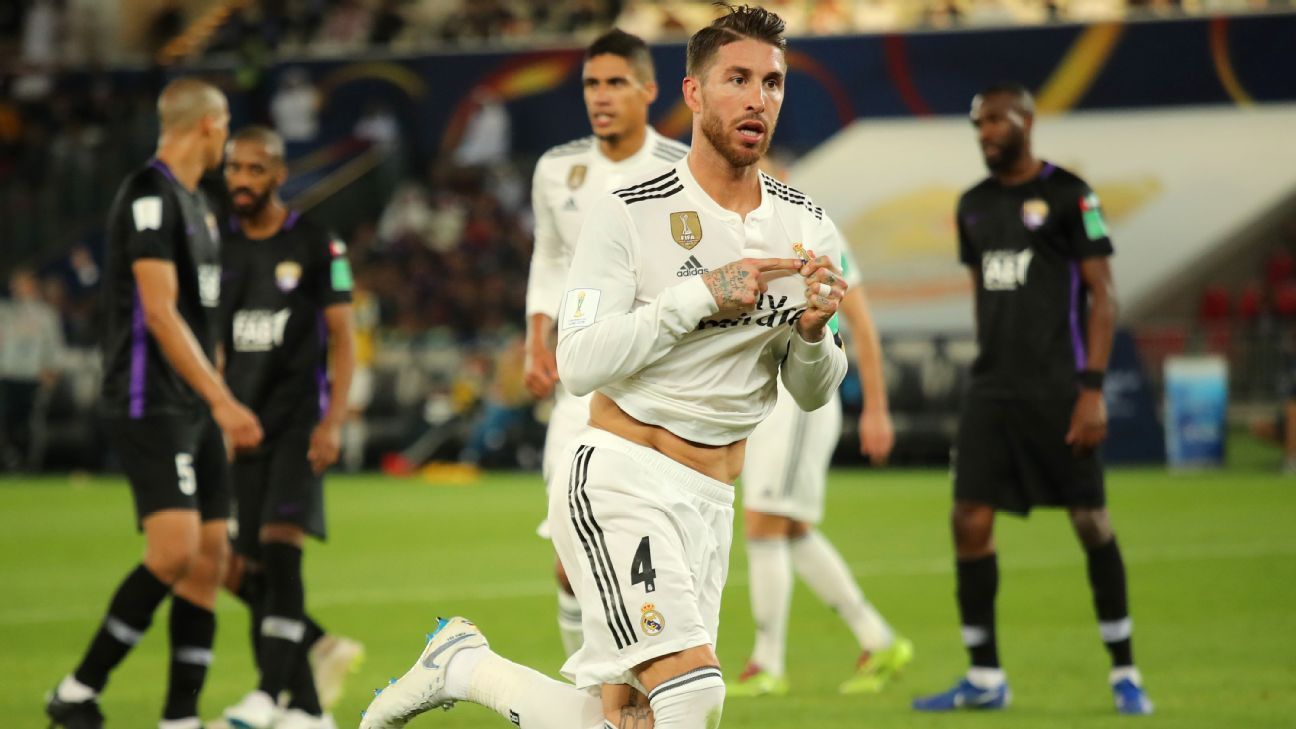 Sergio Ramos will leave Real Madrid after 16 seasons with the La Liga giants when his contract expires at the end of the month, the club announced on Wednesday.

Madrid have scheduled a farewell ceremony for their longtime captain in the presence of club president Florentino Perez on Thursday.

Ramos, 35, wanted a new two-year deal to stay in Madrid, but sources told ESPN that Perez was unwilling to break his policy of only handing over one-year contracts to players over 30.

Talks between Perez and Ramos have been underway for the past year and continued in June. However, neither party was willing to compromise.

Despite reports to the contrary, sources told ESPN that Ramos did not demand a pay rise to stay at the Santiago Bernabeu.

appearances for Madrid and scored 101 goals, has still not made a firm decision about his future and is not expected to announce his next destination at Thursday’s farewell event.

ESPN recently revealed that Manchester City are frontrunners to land his signature, although there are other options on the table.

The Premier League champions are ready to offer a two-year deal until the summer of 2023. From there, the defender, depending on performances and Ramos’ own plans, can either continue a third season at City or take a chance to join Major League Soccer side New York City FC, which is also owned by City Football Group.

Ramos is a direct petition from City coach Guardiola. The former Barcelona boss appreciates the experience he would add to his team and the competition and guidance he would give to younger midfielders Ruben Dias and John Stones.

City also have Nathan Ake, but they have lost Eric Garcia to Barca by a free transfer and Aymeric Laporte can also leave this summer after losing his place in the side.

Ramos turned 35 in March, but sources have told ESPN that City are managing data that suggests he is still able to perform physically at the level of a player “between the ages of 28 and 30.”

ESPN first reported on January 4 that City were monitoring Ramos’ situation. Guardiola’s insistence has been the key to their continued development with Madrid.

However, the player’s camp does not rule anything out, as several clubs have expressed interest in recent months.

Madrid signed Ramos from Sevilla in 2005 and paid his € 27 million release clause.

At that time, he has also won two European championships with Spain and the World Cup, although injury problems in 2021 led to him missing out on Luis Enrique’s team for the European Championship 2020.

Ramos played only 21 appearances for Madrid in all competitions last season as The White ended the campaign without a trophy and missed out on the league title for rivals Atletico Madrid on the final day of the season.