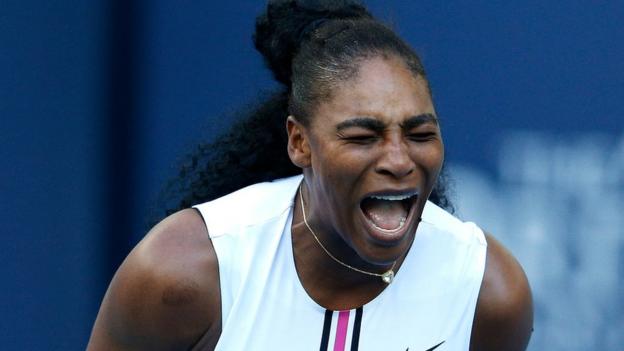 Eight-time champion Serena Williams has withdrawn from the Miami Open because of a knee injury.

American Williams reached round three on Friday with victory over Sweden's Rebecca Peterson, only the seventh match she has completed in 2019.

The 23-time Grand Slam winner was set to face Wang Qiang in the last 32 but the Chinese 27-year-old now gets a bye.

Williams said she was "disappointed to withdraw from the Miami Open due to a left knee injury".

The 37-year-old has now withdrawn from two consecutive WTA events, following her retirement from last week's tournament in Indian Wells with a viral illness.

5, with her last Grand Slam win coming at the 2017 Australian Open, moving her one behind M argaret court's record of 24 Grand Slam singles titles.

"I hope to be back next year to play at this one-of-a-kind tournament in front of the incredible fans here in Miami," she said.

"This was a very emotional win for me," said Hsieh, who will now face either Caroline Wozniacki or Monica Niculescu in the fourth round.

"Any time you beat one of the top players it is amazing. "

She will now meet France's Caroline Garcia in the fourth round. Garcia beat 15th seed Julia Gorges of Germany 6-0 7-5.