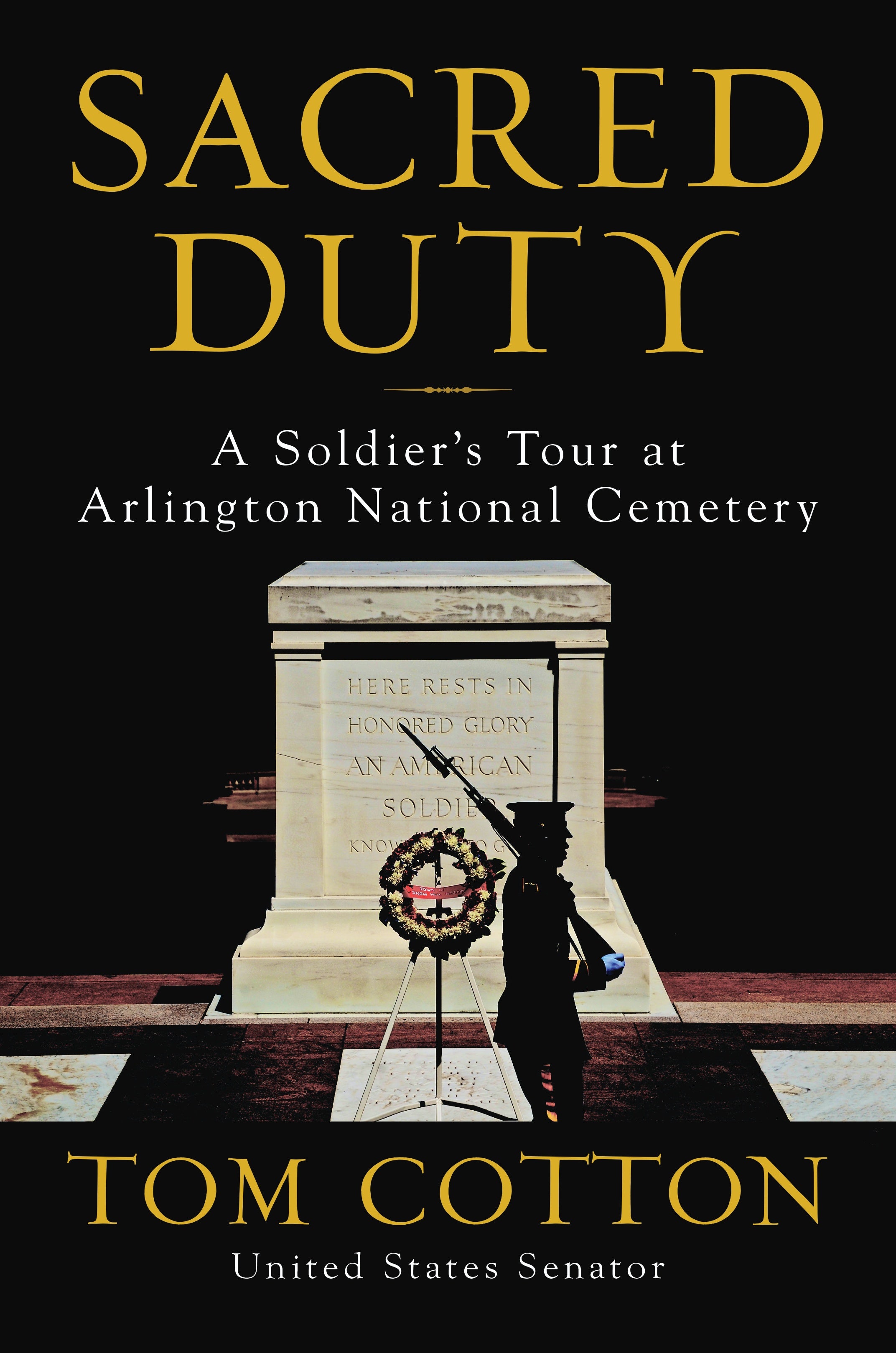 Memorial Day is our most sacred national holiday, the official occasion when we call our fellow Americans who gave their lives to defend our nation. This weekend, the Arlington National Cemetery represents more than anything else the reverence and love that we, the living, hold for our fallen.

Every headstone in Arlington tells a story. These are tales of heroes, stories of service and sacrifices we all should pause to remember when we gather with friends and families over the weekend.

But not all families will be together. Thousands will make a bittersweet trip to Arlington's bucolic fields to visit their loved ones. Old fighting friends will travel to section 60, the eternal home in Arlington for those killed in the war on terror, to remember and celebrate their fallen comrades. For my Sunday, this Sunday marks the 1

0th anniversary of Lt. Col. Mark Stratton's death with whom I trained before our deployment to Afghanistan and died in a bomb blast.

Waiting for Arlington is small American flag in every tomb and niche, almost 245,000 in total from the oldest military grave site – the private William Christman's burial on May 13, 1864 – to The newest ones are distinguished by their fresh dirt and small black markers as they await headstone. A small flag also adorns President John F. Kennedy's eternal flame and the tomb of the unknown soldier, as does the humble tombs of many other unknown soldiers.

These flags are a living testament to our respect, our gratitude, our love for those who have battled a great nation and thus those who will bear the burdens tomorrow.

On Thursday afternoon, the 3rd American Infantry Regiment – better known as The Old Guard – placed these flags throughout the cemetery. This tradition, known as Flags In, is now in the eighth decade.

For The Old Guard, Flags In is a great military operation. Planning and exercises began months ago. Key managers used overhead images with phase lines to guide their troops, just like in combat. Support troops clear the logistical requirements to transport so many flags, as well as water to more than 1,000 soldiers working under the hot sun. Young soldiers hung their skirt-blue uniforms after the last funerals of the day and donned their fighting in March until the cemetery.

I served with The Old Guard in 2007-08 and I still remember the presentation briefing. Place the flags "vertically and perpendicular to the headstone." Use your boot to measure the distance from headstone to flag. But only one soldier per. Row, so different sizes vary with the perfect symmetry of flags. Salute a burial ground when the main stone contains the honorary medal, a military custom in honor of our nation's highest decoration for the battlefield.

These standards are just small examples of how The Old Guard performs the flags in mission with the same care and attention to detail as they perform military honor burials in the cemetery. The mission didn't stop either on Thursday. Old Guard soldiers perform predatory patrols throughout the weekend to replace the flag shift, damaged or removed by weather or visitors.

Flag in symbolizing our national dedication to the heroes who gave "the last full measure of devotion" that Abraham Lincoln put it on gettysburg Each flag shows that every veteran rests in Arlington, no matter how long ago, a memorial this weekend with a heir of his or her heritage. At that moment, the soldiers who planted these flags delivered a simple message on behalf of a grateful nation. You are not forgotten.

This message is heard not only by the dead and their families, but also by the living. Young soldiers visiting Arlington at the weekend, even boys and girls who will one day respond to their nation's call for duty, also hear the message. And we would all hear that well. These flags are a living testament to our respect, our gratitude, our love for those who have battled a great nation and thus those who will bear the burdens tomorrow.

No one better summarized what Arlington and The Old Guard mean to our nation than Sergeant Major of the Army Dan Dailey. He reminded me of a moment with a foreign military leader as he drove through the cemetery to lay a wreath on the tomb of the unknown soldier.

"I explained what The Old Guard is doing, and he looks out the window at all of those tombstones," Dailey said. "After a long break, you still see the main stones," he said: "Now I know why your soldiers are fighting so hard. You take better care of your dead than we live ours. "

This text has been adapted to the best-selling book," Sacred Duty: A Soldier Tour at Arlington National Cemetery. "