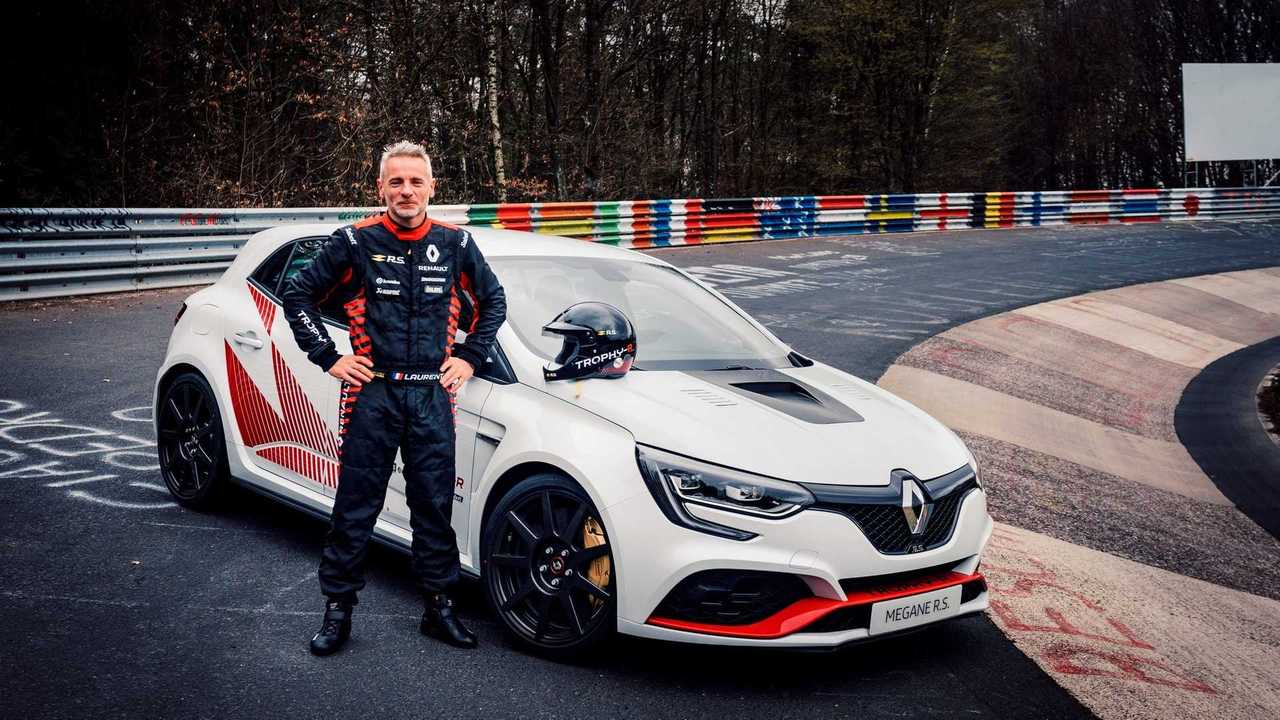 Renault presents MEGANE R.S. TROPHY-R, a new version of a saga, started 15 years ago, as its iconic predecessors has set a new record on Nordschleife in front-wheel drive car category. It continues the Renault Sports passion for challenge and performance.

Compared to Megane R.S. Trophy, Renault MEGANE R.S. TROPHY-R, equipped with the same 300 hp engine, owes its increased speed to weight reduction (up to 130 kg), working on aerodynamics and the more radical development of its chassis for road maintenance.
Renault MEGANE R.S. TROPHY-R will be launched on the market by the end of 2019 as an exclusive limited edition of just a few hundred units.
Renault Sport has built a partnership with some of the most recognized specialists in their disciplines: Akrapovič, Brembo, Bridgestone, Öhlins and Sabelt
MEGANE RS TROPHY-R sets a 07 & 40; 40 & 1

00; record at Nordschleife 20,600 km round and a 7 & apos; 45 & 39; 399 reference time on the official full step of 20,832 km.
With drivers from the Renault F1 @ team Daniel Ricciardo and the Nico Hülkenberg rear wheel, May 24 in Monaco, on the edge of Formula 1 Grand Prix, MEGANE RS TROPHY-R will make its first physical appearance.

In the tradition of Renault Sport, this new generation of MEGANE R.S. TROPHY-R not only owes its performance to its sheer power, as its 300 hp engine is that of Megane R.S. Trophy, launched in early 2019. MEGANE R.S. TROPHY-R was developed as a racing car in a very short time by a small dedicated team operating in agile mode focusing on three aspects: Maximum weight reduction (up to 130 kg compared to Megane RS Trophy exclusive options), reworked aerodynamics and a more radical development of its drive shafts.

MEGANE R.S. TROPHY-R will be marketed by the end of 2019 as an exclusive limited edition of a few hundred units.