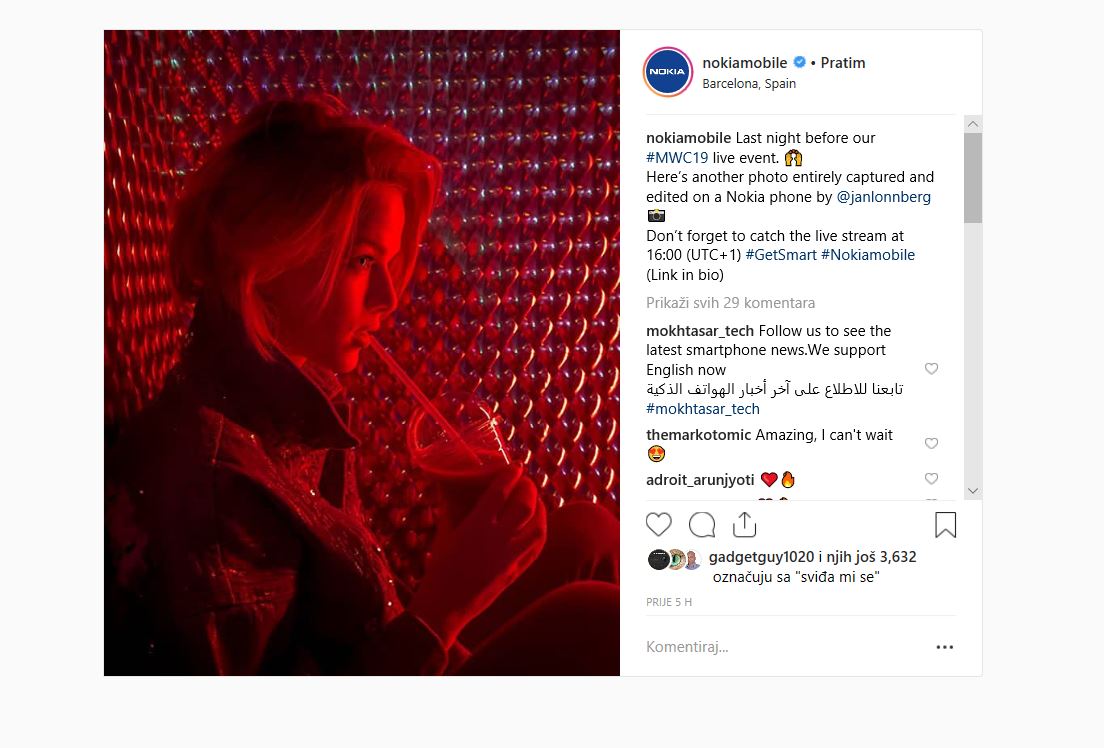 First things first, the NokiaMob and Mob.hr safely arrived in Barcelona. The trip was long and like an adventure, driving through Croatia to Hungary and then flying to Barcelona, ​​Spain. Nokia Mobile has prepared for us tomorrow, and more. 19

Today, HMD's CPO Juho Sarvikas was posted on Twitter that was second on "photo from a Nokia phone" was posted on Instagram, this time by photographer Jan Lönnberg (@janlonnberg). The photo shows a girl drinking some drink in red light. Just like the first photo, this one looks solid as well.

The two photos posted on Instagram can be interpreted as teasers for the Nokia 9 PureView, which should finally be announced tomorrow. The 9 PureView is rumored to feature a lens-lens camera setup that should give Nokia 9 the edge over the competition on the market. Nokia Mobile's event starts at 16.00h local time (CET) on 24th February.