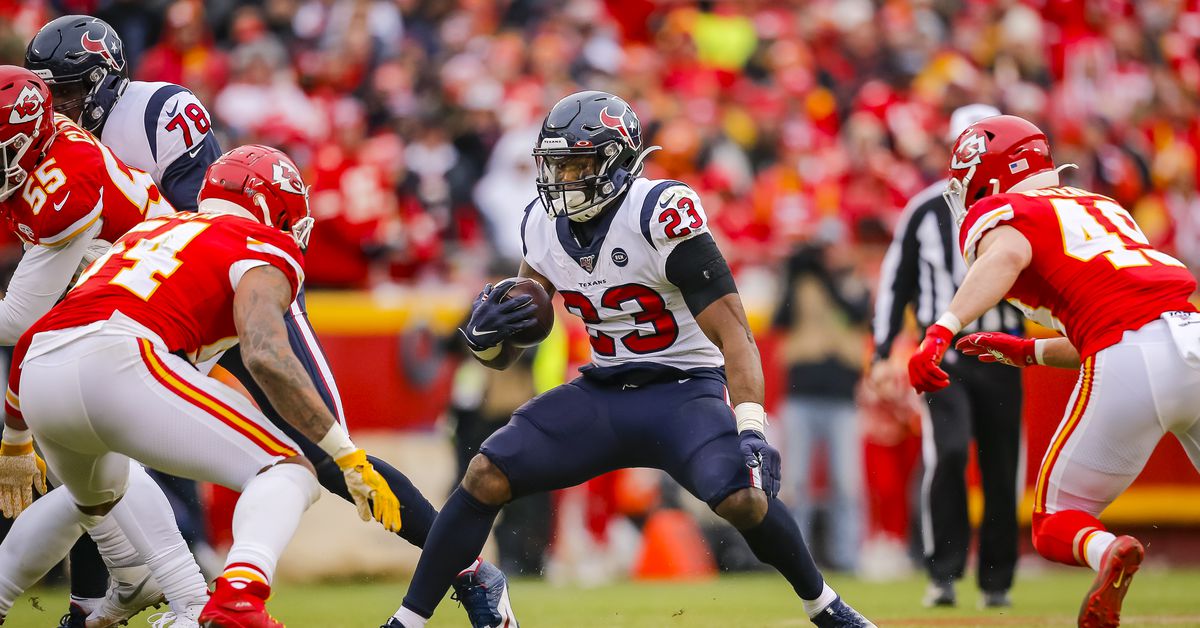 Carlos Hyde is heading back to the NFC West.

After spending 2019 with the Houston Texans, the former Ohio State star running back has agreed to a one-year deal with the Seattle Seahawks. Ian Rapoport says Hyde could earn up to $ 4 million.

Seattle was also looking at former Atlanta Falcons running back Devonta Freeman, but he reportedly turned down a similar offer.

The 29-year-old Hyde is an experienced back who is coming off one of the best seasons of his career. He rushed for over 1

,000 yards on 245 carries with the Houston Texans, a much-needed year after he was anything but productive in 2018 with the Cleveland Browns and Jacksonville Jaguars. Hyde ranked right behind Todd Gurley in DYAR and DVOA. Hyde was drafted by the San Francisco 49ers in 2014 and played with the team until 2017, and since then bounced around from team to team.

With Chris Carson and Rashaad Penny recovering from injuries, Seattle’s running back depth chart consisted of camp fodder, Travis Homer, and rookie Deejay Dallas. Penny is likely to start at PUP, Homer could conceivably be playing for a roster spot (or revert to being a third-down back), and Dallas’ role is not yet known. Carson is supposed to be ready for the start of the regular season. One would assume that Hyde is projected to be Carson’s lead backup at least until Penny returns.

As an aside, this probably shuts the door on the idea of ​​having Marshawn Lynch re-join the team for 2020.