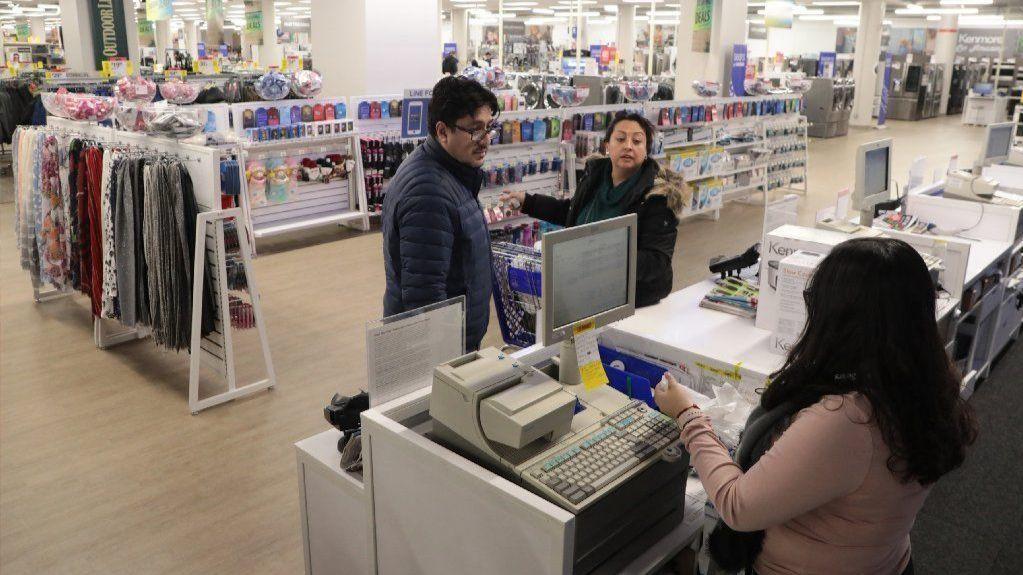 To win back customers after bankruptcy, Sears wants to go back to the future.

That's how Peter Boutros, chief brand officer of Sears and Kmart and president of the Kenmore, Craftsman and DieHard brands, thinks of the The company's efforts to make itself relevant to today's shoppers by drawing on what made it successful in its heyday

"The thing we were good at was making moments matter," he said. “As people built homes and started families, Sears was there for those moments… so we went back to the future, building on our legacy but making that relevant to today.”

has unveiled since its former CEO, Edward Lampert, bought the Hoffman Estates-based company out of bankruptcy in February, with a $ 5.2 billion bid and plans to rebuild around smaller stores and strengths in categories like appliances.

Both Sears and Kmart stores have new "brand mantras" or "making moments matter" and "love where you live," respectively. They were created in-house, unlike earlier campaigns like “There is more for your life with Sears,” developed with Ogilvy & Mather Worldwide and “Good Life, Great Price,” developed with Young & Rubicam, said Boutros.

But Boutros said MORE: A leaner Sears emerges from bankruptcy, but can it survive? "

Sears will be focusing on two core groups of customers: baby boomers who grew up trusting Sears and just need to be back and young families who might be first-time shoppers.

Products stores carry targeted to appeal to those groups, like back- to-school clothing, baby and pet products for young families, and home items for boomers who might be downsizing or upgrading long-owned appliances, Boutros said.

, Kmart customers tend to shop more frequently for e veryday purchases, and the company wants to be more connected to their communities, Boutros said.

"We're starting to become more deliberate, more focused on connecting with those consumer groups," he said.

Existing stores in both chains will get new signs and employees will get new uniforms. The company is also opening new stores, called Sears Home + Life, which is described as an updated version of earlier experiments with smaller specialty stores.

The new stores will focus on appliances, mattresses and home services, with a sample kitchen stocked with Kenmore products. There will also be a "search bar" kiosk where customers can order any product carried by Sears or for delivery to their home or the store.

The small-format stores will help Sears get back to markets where it no longer has full-size department stores, Boutros said.

The first three are scheduled to open in Louisiana, Alaska and Kansas in early May. There are plans for more, though Boutros declined to say how many or when they may open.

Sears is also expanding its best-known brands The company plans to introduce lawn, garden and camping products under its DieHard brand, which has traditionally focused on auto products, Boutros said. during the Craftsman brand, which the retailer sold to Stanley Black & Decker, but Boutros said the DieHard products aren't meant to replace Craftsman's.

Sears is continuing The company has already started selling products from both brands on Amazon.

Boutros said broader reach raises awareness and could bring customers back to Sears. [19659002] READ MORE: Rise, fall and restructuring of a Chicago icon: More than 130 years of Sears »

But the expansion could also make it harder for the appliance-centric stores to succeed since they are no longer selling something customers can't find elsewhere, said Michael Brown, a partner in the consumer and retail practice or global management consultant AT Kearney

He thinks Sears needs to focus on building a new and improved experience connecting its online and in-store businesses, along with its membership program, since it's been too long since the company's "golden years" for it to lean on its legacy

"It's a matter of if they can invest fast enough to do it on a timely basis" he said.

Customers have also said they want to see improvements to the online shopping experience, Boutros said. That work is still under way, as is Sears' search for a CEO, he said.

Boutros said he's seen a "good uptick in members coming back and considering us" since the bankruptcy, though Sears has "a long way to go."

"That's why the brand mantras and efforts around assortment and marketing are so important to reinforce that we're here, we're here for the long term, and please consider us as you think about buying anything for your home and lives.