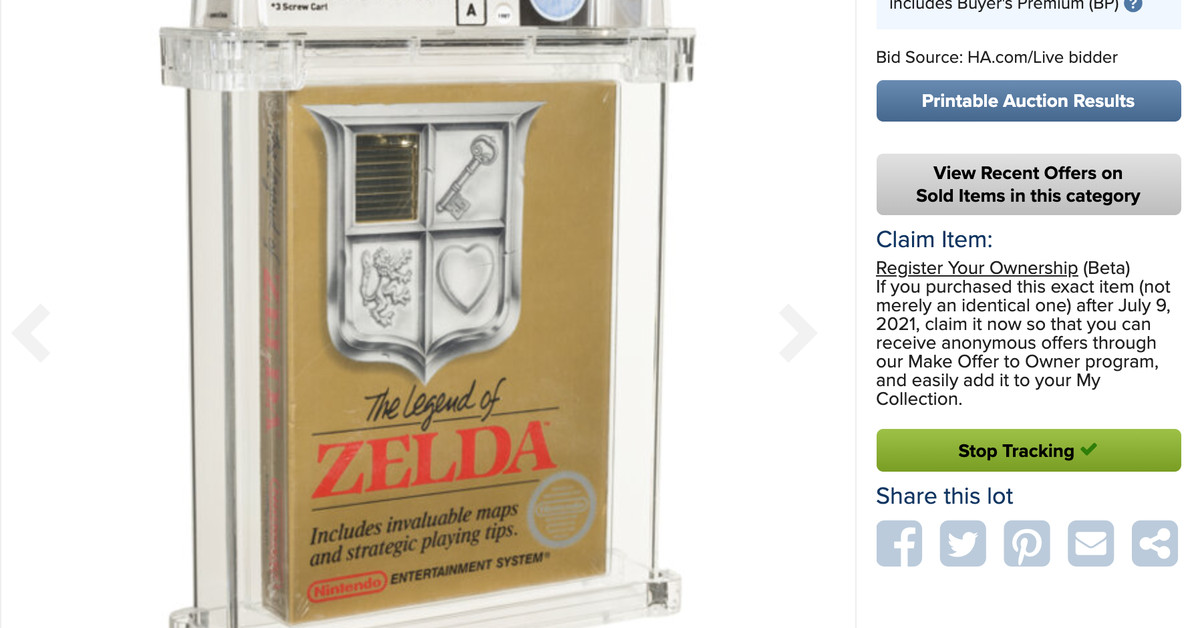 A sealed copy of The legend of Zelda for NES, which just sold for $ 870,000 at Heritage Auctions, beating the previous record for the most expensive game ever sold (as far as I know, at least). This record was just raised quite a bit in April, when a copy of Super Mario Bros. was auctioned for $ 660,000, a price that more than quadrupled the previously known record.

As for why this version of the game is so valuable? I just want to leave part of Heritage Auctions’ magnificent explanation here:

While it’s a hard truth, it̵

7;s still a truth – none of the copies we’re previously offered of this title could even try to keep a light on this one because of its incredibly rare variant, which has early production status. . This case is completely indisputable. This is the only copy from one of the earliest production runs that we have ever had the opportunity to offer and may have the opportunity to offer for many years to come. Given that this variant was only produced for a few months in late 1987, before it was eventually replaced by the “Rev-A” variant in early 1988, this statement probably does not come as a surprise. for collectors. Only one other variant precedes the “NES R” variant offered, and that is the “NES TM” variant, which is the real first production run. However, it is also widely believed that only a single sealed “NESTM” specimen exists, and there is no indication that this copy will ever hit the market. In essence, this copy is the earliest sealed copy one could realistically hope to obtain.

All kinds of collectibles have been given a significantly increased value too late. Many Pokémon cards are now worth hundreds or even thousands of dollars, and card rating companies are drowning in Pokémon cards. NFTs had a hot moment there where they could sell for conspicuously large amounts of money, even though prices appear to have fallen in recent weeks.

Now the question for me is: which video game will be the first to sell for more than a million?