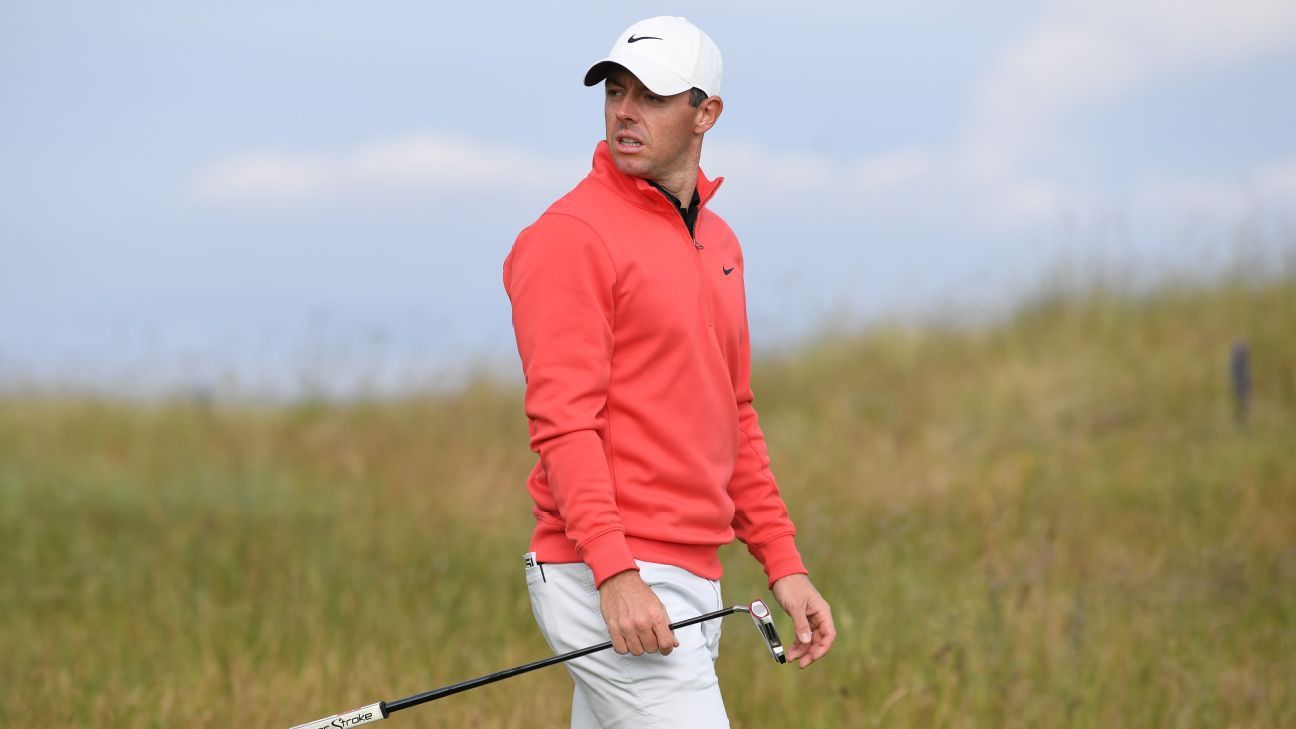 A fan was pushed out of the Scottish Open Friday morning after removing a club from Rory McIlroy’s bag and taking some practice swings.

The spectator walked up to McIlroy on the 10th tee at the European Tour event at The Renaissance Club in North Berwick before removing a club from the Northern Irish bag.

McIlroy and his caddy looked confused at the spectator, who was taken by security shortly after.

A spokesman for the European Tour told ESPN “the matter is now in the hands of Police Scotland.”

This is crazy, man just goes up and lifts the club and disappears from Rory on the tee box. Taken away from safety immediately # ️ #RoryMcIlroy pic.twitter.com/nWDgxlqVJ6

McIlroy shorted a 70 in the opening round of the tournament to sit 6 shots back from leader overnight, Jack Senior of England.

The four-time winner wins in the 149th open at Royal St. George’s, which begins Thursday, with organizers planning to record 32,000 spectators a day. Last year’s open was canceled due to the COVID-19 pandemic.