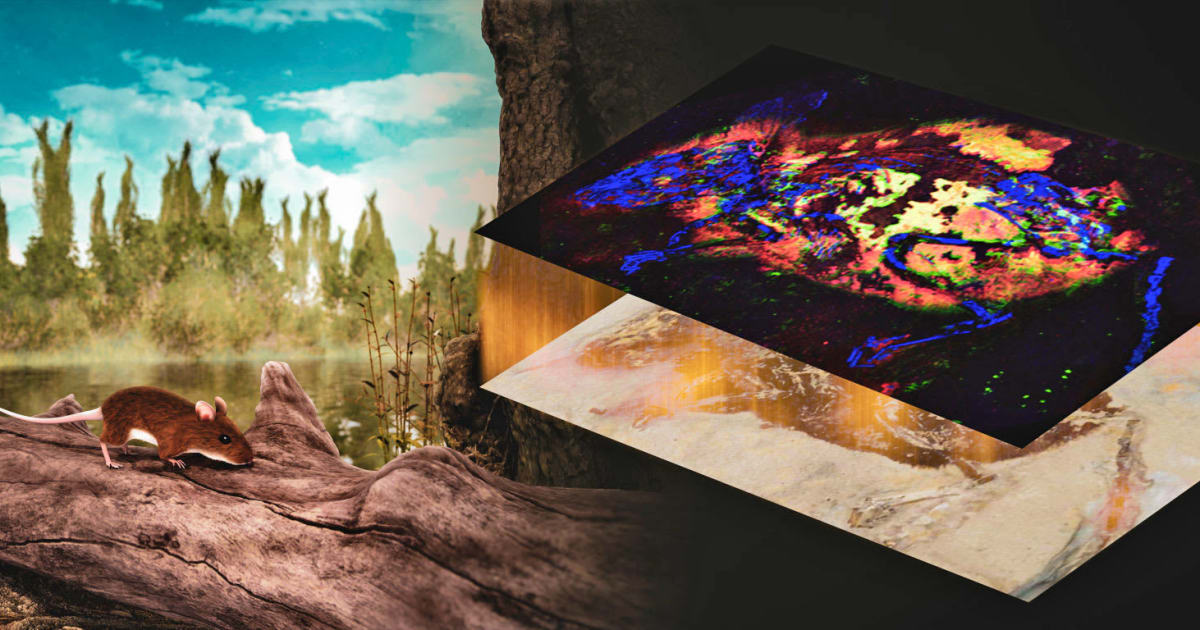 The global team of scientists responsible for finding out had to bathe the fossil in a series of intense x-rays, including those developed by the Stanford Linear Accelerator Center and the UK's Diamond Light Source. While standard imaging techniques simply produce darkness and lightness, the breakthrough makes it possible to distinguish between some colors, including the reddish shades found in the fossil.

The field mouse, which researchers called "Mighty Mouse", turned out to have brown to reddish color fur on the back and sides while the stomach was white. With this information, the researchers were able to create a more realistic and accurate depiction of the seven-centimeter-long mouse, which is believed to have moved around the fields for what is now Willershausen, Germany more than three million years ago.