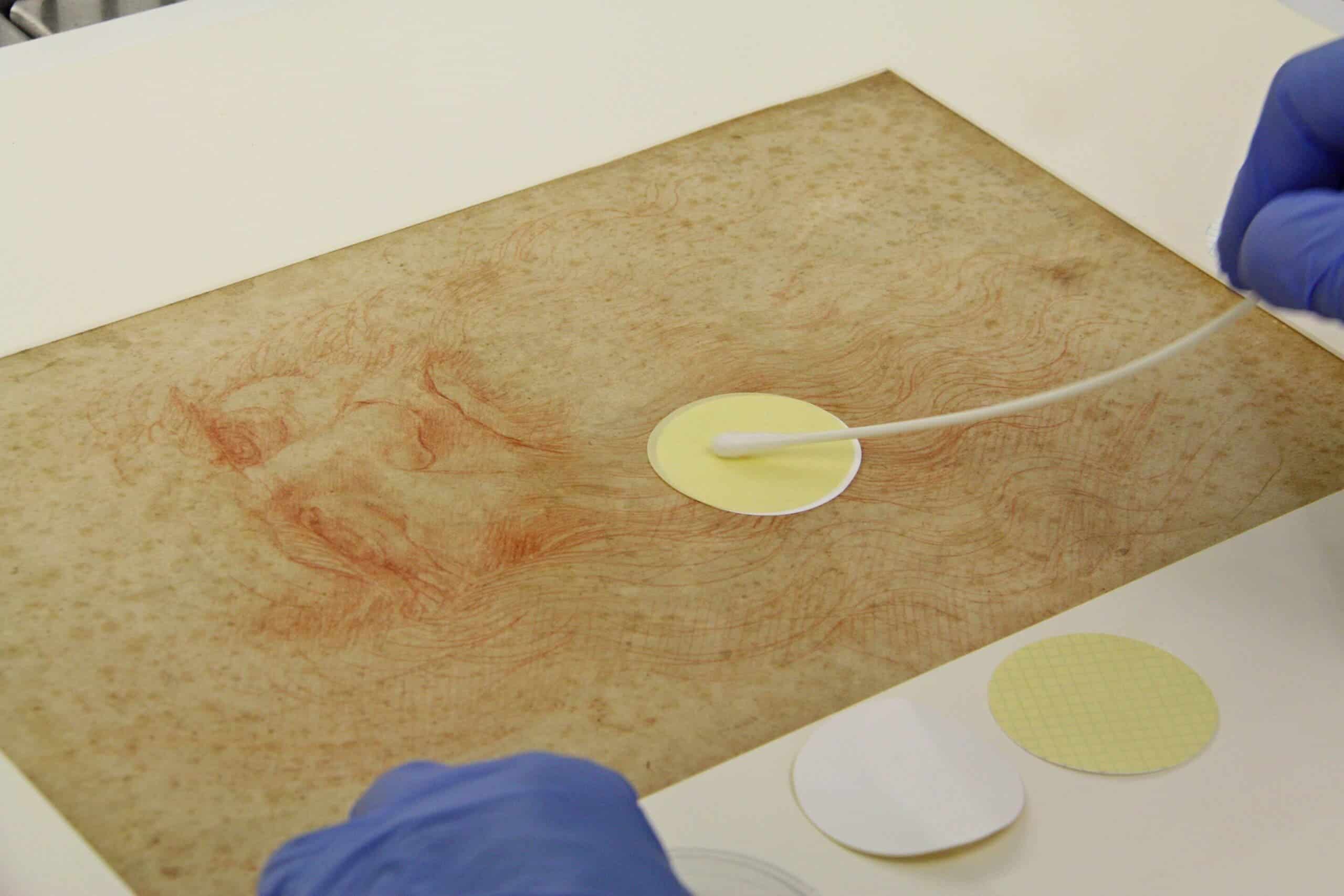 Leonardo da Vinci was one of the greatest geniuses in history with skills and inventions far ahead of his time. On many occasions, his work was surrounded by mystery and hidden secrets that were not visible at first glance. Now, a new study found another linked to bacteria and fungi.

Looking for hidden secrets in Da Vinci’s work, a team of researchers from Austria and Italy decided to investigate what was beyond the naked eye, in seven of Leonardo’s most famous drawings. They were not looking for hidden sketches or anything like that: they were looking for the microbiome.

A microbiome is essentially a set of microorganisms that have the same habitat. They are not visible to the naked eye, and advanced technologies are needed to try to understand how and why they exist together. Looking for hidden elements in Leonardo’s work, the researchers stumbled upon very unusual types of microbiomes.

Five of these drawings are currently housed in the Royal Library in Turin: Self-portrait, Nude pictures of the battle of Anghiari, Studies of the horse’s forelegs, Studies of insects and tudi of virile bones. The last two are kept at the Corsican Library in Rome: Man of the Bitta and Study of Drapery for a Kneeling Figure.

By analyzing the seven drawings, the researchers discovered that the microbiome of each one was unique enough to only be able to identify each of the works by their distinctive microorganisms – you may not tell a book by its cover, but you can tell a work of art by its microbes .

This does not mean that the microbiomes were completely different, they were still similar in many ways, but each had a distinctive character.

The results can help researchers find the places where the drawing was made, as well as the places through which it has passed throughout its life, such as warehouses, restorers or art dealers. This is very valuable information: the microbiome has a story to tell, and if you read it well, you can even use it to detect scams.

The researchers used a tool called Nanopore, a genetic sequencing method that rapidly degrades and analyzes genetic material to conduct a detailed study of the various biological materials. They had already studied microbiomes in the past to determine how statues recovered from smugglers had been stored.

In the case of the Da Vinci drawings, they believe that most of the discovered human DNA comes from people who were responsible for restoring and caring for their works from the 15th century. They also confirmed that all the drawings are original works of Leonardo and found a high concentration of bacteria compared to the fungi.

In previous studies, they had been able to confirm that fungi tend to dominate the microbiomes, but in this case, it was absolutely the opposite. They believe they came from both humans and insects, something that probably has to do with how the works were stored, especially after Leonardo’s death.

“All in all, it appears that the insects, restoration work and geographical location have left a mark invisible to the drawings,” the researchers said in a statement. “[But] it is difficult to say whether any of these pollutants originated from the time Leonardo da Vinci drew his drawings. ”

The study was published in the journal Frontiers in Microbiology.