SC woman’s death certificate shows COVID-19, but the family says she had never had it 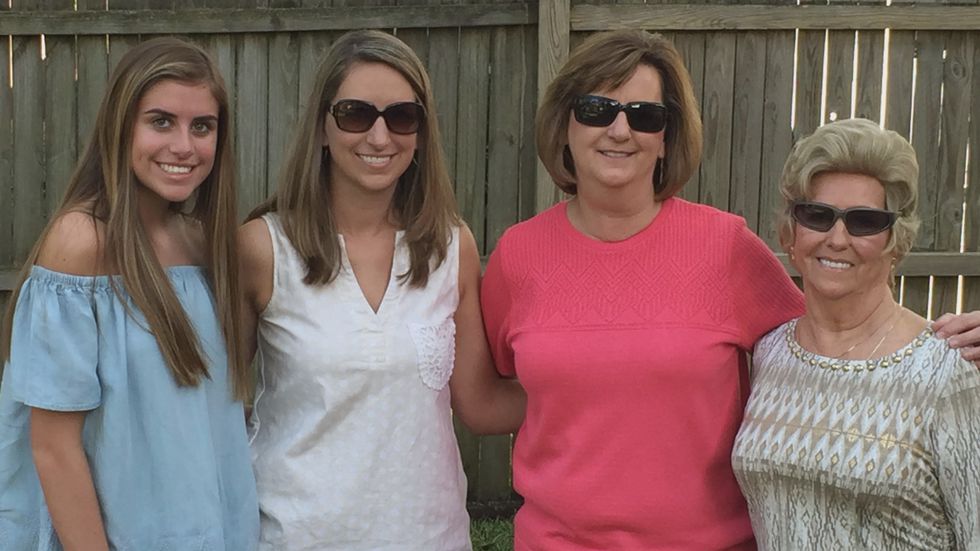 COLUMBIA, SC (WIS) – A Lexington County woman seeks answers as to why her grandmother’s death certificate lists COVID-19 complications as a cause of death when she says grandmother was never tested for the virus and never showed any symptoms.

Now the family has approached WIS to investigate why a hospice doctor reported this and whether their loved ones’ deaths were counted in the Department of Health and Environmental Control’s daily death toll.

She moved in with Klosterman̵

7;s mother in Richland County in January and received in-house hospice care from Amedisys in West Columbia until she died at her daughter’s home on July 31st.

The next week, Klosterman and her family were shocked and disturbed when they received Hill’s death certificate showing Alzheimer’s disease and COVID-19 complications as her cause of death.

“That was wrong. She had never been tested before or after death, so I was not sure how it could even be stated on her death certificate, “explained Klosterman, who says that the whole family was tested for the virus a few weeks before and that everyone got negative results.

Richland County Coroner Gary Watts was called on July 31 to respond to Mrs. Hill’s death, which is required if anyone dies outside a hospital.

He also explained that the Korant is not required to log out on a death certificate for a person in hospice treatment, and this was done by an Amedisys doctor.

“It’s definitely something to answer, why it happened and who made that decision, and why that decision was made if there was no indication at the time of death,” Watts said. “I think the family deserves an answer. I think we all deserve an answer. “

Klosterman says her grandmother did not have an autopsy and that her body was transported from her mother’s home directly to the funeral home.

“She breathed well; it was the last thing to go for her, ”said Klosterman. “Her lung function was good until the end, so there were zero symptoms of COVID at all.”

The WIS approached DHEC to find out if Mrs Hill’s death was listed in their daily totals, and a spokesman sent a statement saying they could not respond because they could not comment on specific deaths or cases due to privacy restrictions. (Read the agency’s full statement at the bottom of this story.)

The agency also explained that a confirmed COVID-19 death requires a viral test, while a probable death is a person whose death certificate lists COVID-19 as a significant cause of death, but this person did not undergo an actual test.

Based on this information, Mrs Hill’s death could have been included in the probable death toll – but WIS does not know for sure at this time.

When Klosterman also reached out to DHEC to ask if her grandmother’s death was counted in total, the agency refused to respond, saying Amedisys should respond.

WIS asked Amedisys why a doctor opted for a death certificate listing COVID-19 complications without giving this patient a viral test. They made a statement that they acted in accordance with the coroner’s office and followed clinical protocols. (Read their full statement at the end of this story.)

But Klosterman and her family still want answers, and most of all, they want to make sure Joan Hill is not listed as a South Carolina COVID-19 dead.

“I’m very aware that COVID is real,” Klosterman said. “I have known people who have had what has been hospitalized for what has gone away from it – but to get a report back and say that was what my grandmother died when she was never even tested, had no symptoms, it’s just devastating. “

WIS takes any allegation of problems with the number of COVID-19 cases and deaths reported seriously and looks at them all. This is the first time WIS has been made aware of a discrepancy in the figures where there has been evidence to back up the claim.

“Please note that DHEC cannot comment in detail on individual deaths or cases due to privacy restrictions. While DHEC is the official state owner of important statistical information, DHEC does not have a role in determining a cause of death; it is determined by a medical certificates (which may be a physician, registered nurse or advanced practitioner) using the latest CDC guidance for COVID-19.

“At this time, we cannot confirm that a DHEC employee recommended anything other than referring to the current CDC guidelines.

DHEC performs cross-analyzes of the original information on a death that is reported directly to the Agency by medical certifiers to the information that is later sent to the Agency on the individual official death certificate to ensure that it matches and we reach the medical certificates there is a discrepancy. DHEC works to protect general public health and oversees state surveillance of disease surveillance, but the agency does not oversee individual patient care and could not provide medical advice to anyone. “

“Amedisys takes great pride in our commitment to patients and the hospice care we provide. Understand that due to federal laws protecting the privacy of patient information, we are unable to provide you with the information about this situation, except that we acted in accordance with Coroner’s Office and followed clinical protocols. Our top priority now – and always – is to take care of our patients and their families to ensure they receive the highest quality hospice care. “

Live: Coronavirus Daily News Updates, September 18: What to know today about COVID-19 in the Seattle area, Washington and the world