Savannah Guthrie shouts Trump: “You are the president – you are not like the crazy uncle of others” 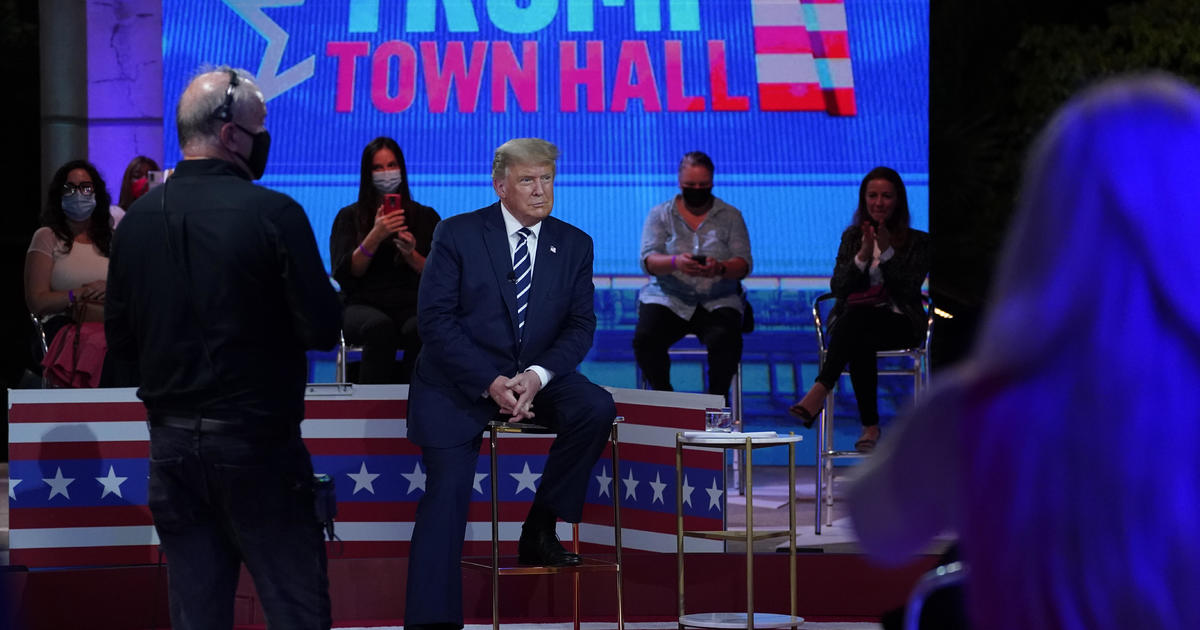 At City Hall Thursday night, NBC News’ Savannah Guthrie went toe-to-toe with President Trump, giving him one of the more aggressive interviews he has experienced as president.

Guthrie pressured the president on his COVID-19 diagnosis, his latest negative test, his personal aversion to masks and the conspiracy group QAnon, press him and do not let him avoid answering. City Hall was a substitute of sorts for the debate that Trump was to attend Thursday night. But Guthrie was able to challenge Trump more than former Vice President Joe Biden and Fox News’ Chris Wallace did in an actual debate last month.

“Why would you send such a lie to your followers?” Guthrie asked him.

“I know nothing about it,” Mr Trump said.

“You retweeted it,” Guthrie pointed out.

“It was a retweet, it was a perception from someone, and it was a retweet. I put it out there, people can decide for themselves, I do not take a position,” the president replied.

“I can not understand that,” Guthrie countered. “You’ve a president – you’re not like a crazy uncle who can just retweet no matter what!”

Guthrie also leaned heavily into the topic of the president’s fight with COVID-19. Mr. Trump could not answer whether he was tested on the day of the presidential debate in late September, shortly before testing positive for the virus. The president, who has claimed to have one of the best memories, said he did not know it and could not remember it.

He also admitted that he is not always tested every day.

Guthrie pushed the president on the subject of masks, which the president claims he supports but rarely wears. Sir. Trump said “people with masks catch” COVID-19 “all the time” and said he has heard “different” things about masks.

Guthrie also challenged the president on his claim that he does not know what QAnon is, despite retweeting several QAnon accounts and being asked about the conspiracy theory in the past.

“I do not know,” the president said.

The Supreme Court allows some states to count votes cast after election day, but not others