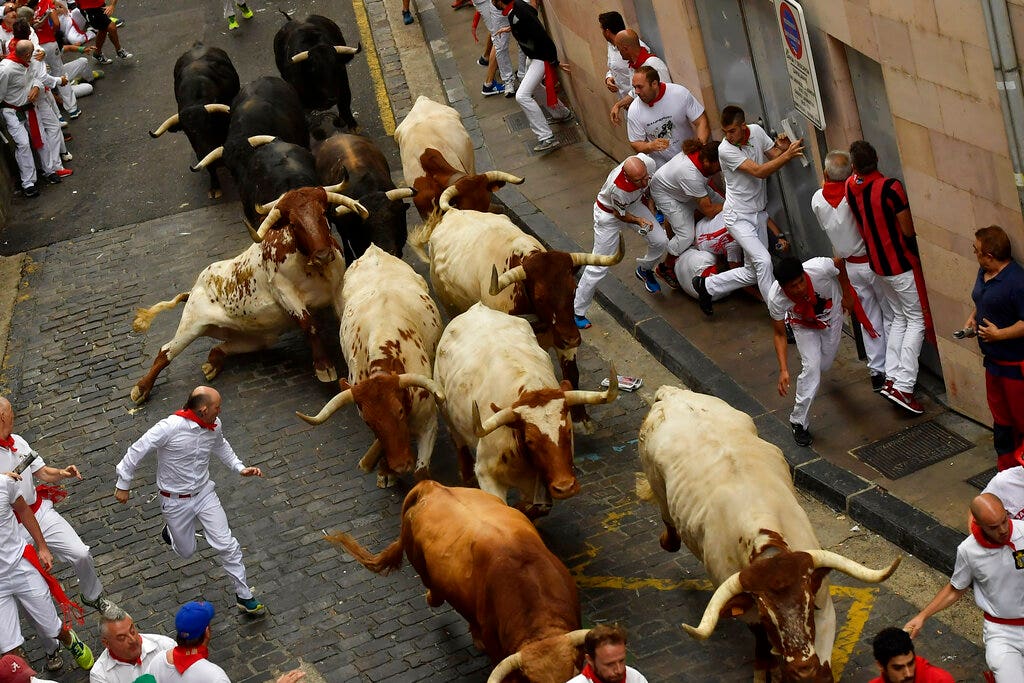 A San Francisco man was shot in the neck and hospitalized after Friday's opening of the San Fermin festival in Spain – better known as the running of the bulls, city officials said.

The 46-year-old San Franciscan was in the neck in Pamplona's bullring, at the end of the 930-yard course. His injuries required surgery, the regional government reported.

The man was one of two Americans saved in the northern city of Pamplona. The other, a 23-year-old man from Kentucky, was reportedly in the thigh and hospitalized. Neither their identities were released.

The running of the bulls draws about 1 million spectators every year. During the nine-day San Fermin fiesta, six bulls are run every morning in the city's narrow streets and then killed in afternoon bullfights.

The run, which lasted 2 minutes and 41 seconds, came after the festival's official opening – or "Chupinazo" – on Friday, when tens of thousands of party-goers shower each other with wine and champagne in a packed square

Prince Philip has a ‘successful’ heart procedure and remains in hospital