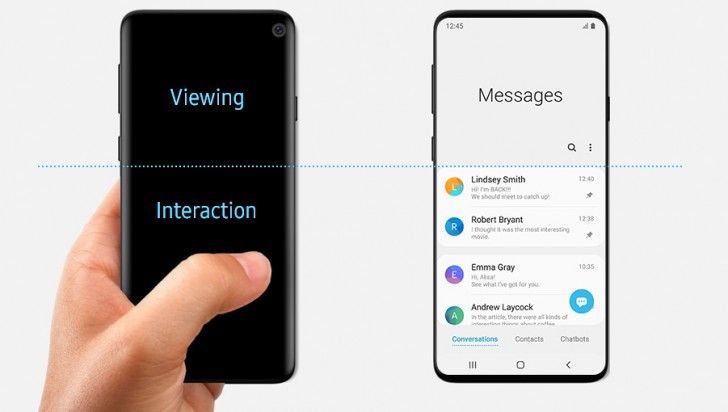 Samsung Galaxy S10 is an in-screen fingerprint scanner. Unfortunately, noted case maker Armadillotek has claimed that its screen cover can block the phone from reading fingerprints.

We have tested our cases on real # GalaxyS10 phones. The in-screen fingerprint does not support screen protector. So our vanguard will have built in screen protector [16459008] January 16, 2019

Conceivably, this might also apply to other translucent coverings separating the display from fingerprints, from thin screen shields to thick see-through covers in protective cases.

Until we hear back from other sources, it's unclear if this applies to any layer between display and finger or just certain ones of minimum thickness or made from particular materials that interfere with Samsung's rumored ultrasonic technology.

May not be a materials issue: when reached for comment, Armadillotek said it tested tempered glass and PET (polyethylene terephthalate) covers ̵

1; and both blocked the fingerprint sensor. So, Armadillotek said in its tweet, the company will for the screen protector on its signature Vanguard case.

The issue could lie with how the scanner reads fingers. Unlike fingerprint scanners in other phones that use light to scan skin surface (similar to the OnePlus 6T), the one on the Samsung Galaxy S10 will use ultrasonic waves.