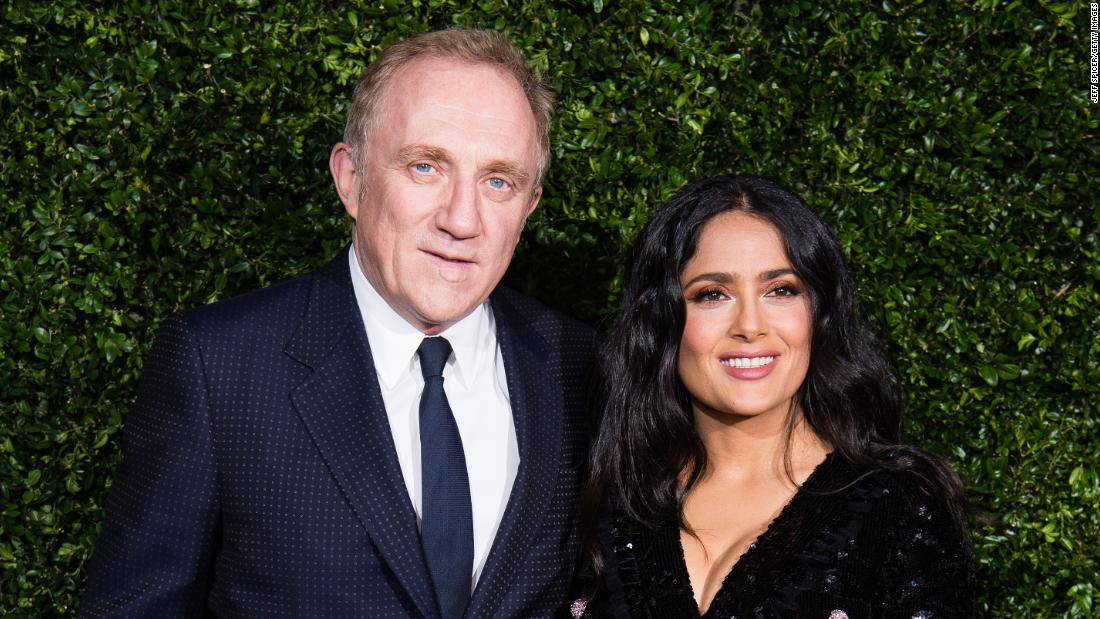 The Pinault family pledged € 100 million ($ 113 million) to restore the iconic gothic cathedral after it was seriously damaged in a nine-hour blaze on Monday.

"Today more than ever I feel proud to be part of the Pinault family, "Hayek wrote in Instagram Instagram Thursday.

She also pointed out that she will not claim any tax deductions from the government on their donation after some controversy over France's generous tax benefits. In France, individuals can deduct 66% of a charitable gift on their taxes, while businesses can claim back 60%.

"My husband and father-in-law are two generous French citizens, who sincerely understand the importance of this spiritual , cultural and historical treasure from Paris to the world, "the actress added.

Based in Paris, Kering owns top fashion brands such as Gucci, Yves Saint Laurent and Balenciaga.

The Pinault family is worth and estimated $ 37.3 billion , according to Bloomberg.

"This tragedy is striking all the French people, and beyond that, all those attached to spiritual values," Pinault said in a statement Tuesday. "Faced with this tragedy, everyone wishes to give life back to this jewel of our heritage as soon as possible."

The Pinaults were the first of three of France's richest families to open their checkbooks to save the Notre Dame. Together, the families pledged a combined $ 565 million to the cause.