Saints’ Drew Brees suffers from 11 rib fractures, most at the Bucs game 2 weeks ago 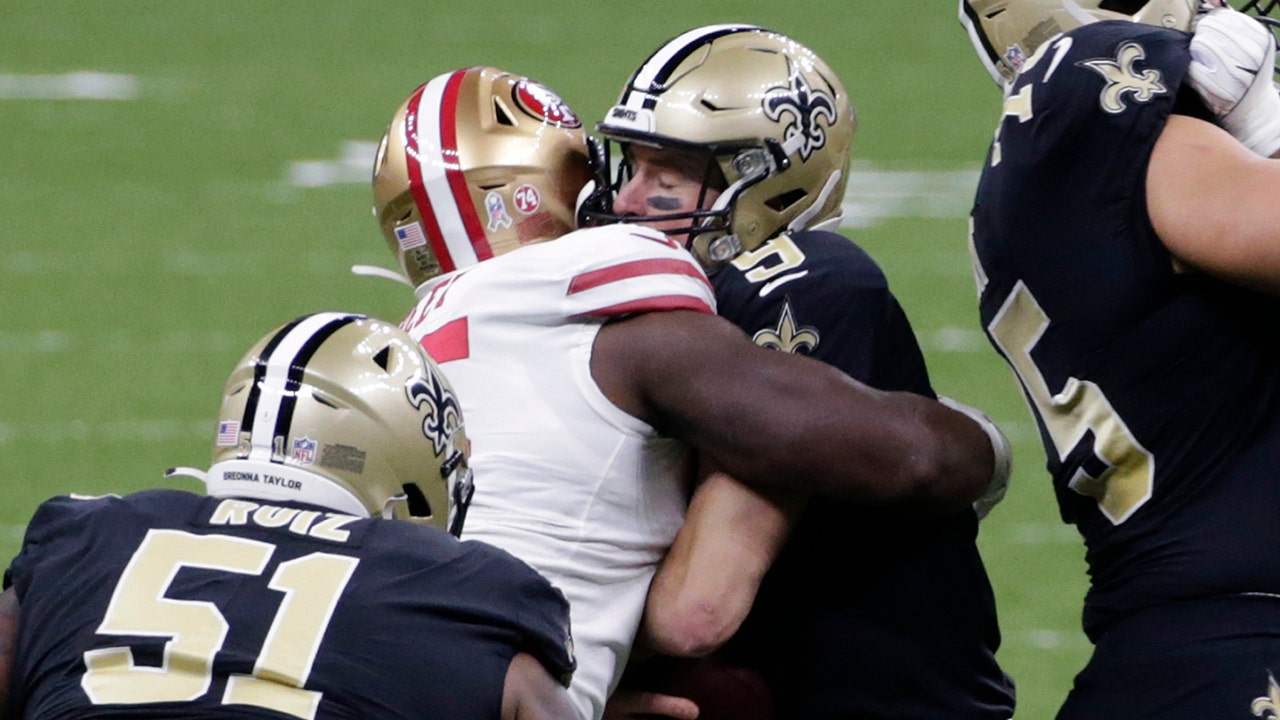 Initial reports Monday showed Brees had five broken ribs, but he told ESPN on Saturday that additional x-rays and CAT scans revealed a total of 11 rib fractures – eight on his left side and three on his right.

Brees was unable to end last week’s game against the 49ers after absorbing a heavy hit on a sack attempt from 287-pound San Francisco defensive tackle Kentavius ​​Street that was punished too harshly on the game.

The quarterback was placed on the injured reserve list on Friday, meaning he would miss at least three games ̵

1; starting with the Week 11 game against the Atlanta Falcons.

But Brees believes not all of his injuries stem from Street’s tackling.

The 2009 Super Bowl champion told ESPN that all fractures on his left side were likely sustained during the Tampa Bay Buccaneers game two weeks ago, but were only visible on his new scans after the swelling dropped.

The hope is that Brees will be able to return in week 14. Meanwhile, head coach Sean Payton appointed Taysom Hill as the starter against the Falcons on Sunday.