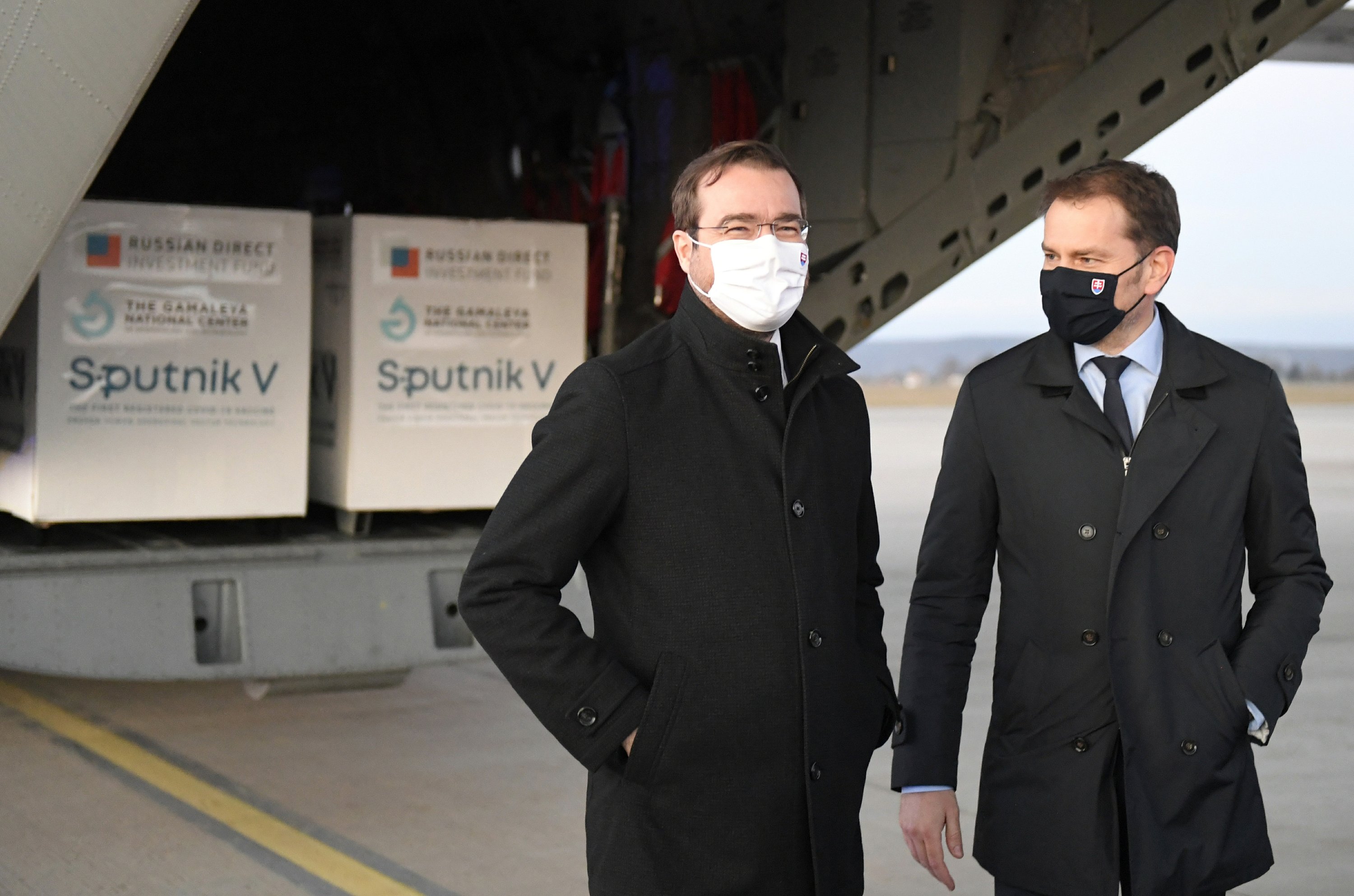 PRAGUE (AP) – Russia on Thursday asked Slovakia to return its Sputnik V vaccines, which it has received “due to several breaches of contract.”

The official Twitter account for the Sputnik V vaccine said that Slovakia’s drug regulator “in violation of existing contract and in a sabotage act” tested Sputnik V “in a laboratory that is not part of the EU’s official drug control network.”

The tweeted Slovak State Institute on Drug Control “has launched a disinformation campaign against Sputnik V and is planning further provocations.”

The Slovak Institute said that the network of EU-certified laboratory tests only vaccines registered in the European Union, which is not the case with Sputnik. It added that it does not know the details of the Russian-Slovak contract because it was classified.

The announcement was made a few hours after the Slovak regulator said it had not received enough information about the Russian vaccine from its manufacturer to assess the benefits and risks. The Slovak Institute said that about 80% of the requested data were not provided.

It said the vaccine delivered to Slovakia is different from the Sputnik V vaccine, which is considered 91% effective and appears to prevent inoculated individuals from becoming seriously ill with COVID-19, according to a study published in the Lancet.

Sputnik V is not yet approved for use in the EU, but the body’s regulator, the European Medicines Agency, launched a rolling review of the vaccine last month. The Slovak Medicines Agency said the Sputnik V vaccine being reviewed by the EU is also different from the one sent to Slovakia.

The Russian side called it “fake news”.

“All Sputnik V-batches are of the same quality and undergo strict quality control at the Gamaleya Institute,” it said. “The quality of Sputnik V has been confirmed by regulators in 59 countries.”

But the Slovaks said these vaccines apparently “only have the name in common.”

Matovic, now acting finance minister and deputy prime minister in the new government that was sworn in last week, was in Moscow on Thursday to discuss further vaccine deliveries. The Russians said Kirill Dmitriev, CEO of the Russian direct investment fund that bank-rounded the vaccine and marketed it abroad, had “a productive meeting” with Matovic.

But the fund demanded that the Slovaks send Sputnik V to an EU-certified laboratory for testing and ask them to return the vaccines they have received so that they “can be used in other countries.”

“Congratulations, idiots,” Matovic said in a message on Facebook to opponents of the Sputnik deal. He said he was not ready to give it up and planned to announce his further steps on Friday.