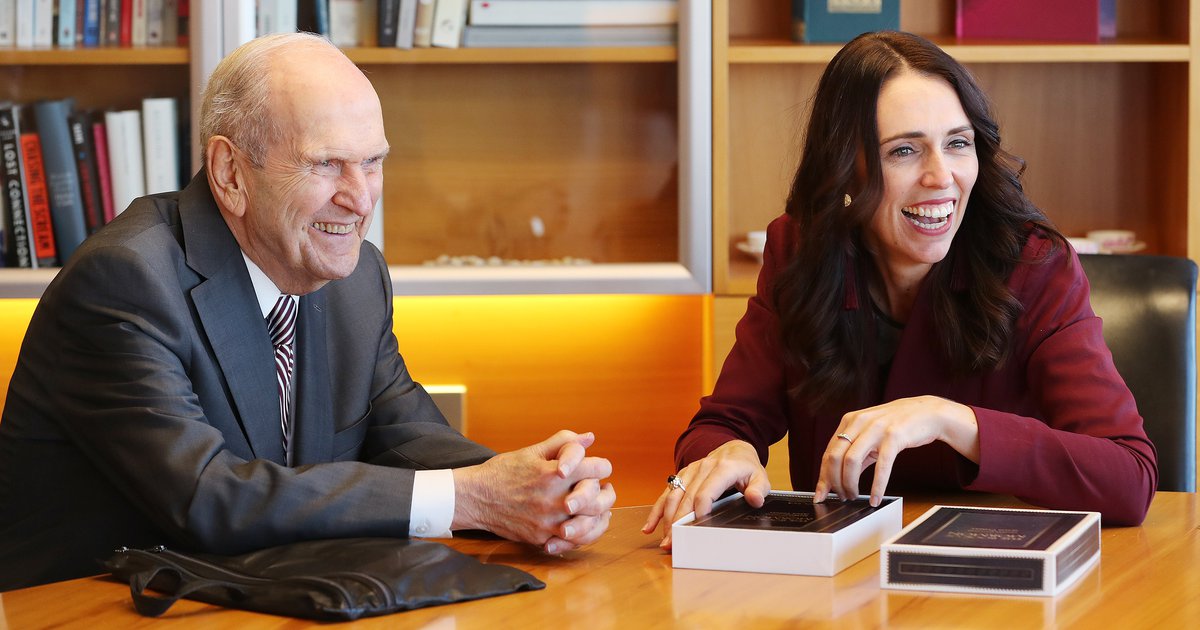 LDS Church President Russell M. Nelson with Monday with New Zealand Prime Minister Jacinda Ardern, a former Latter-day Saint who won widespread praise for her committed and compassionate response to mass shootings in March at two mosques in her country. ] "The world will discover a real leader here," Nelson said in a news release. “It's an unlikely scenario; a young mother leading a great nation, a peacemaker, a policy maker, consensus gives. We're very impressed with her. She'll have a great future. ”

"We're clearly sensitive to what happened," General authority Seventy O. life and so the church is reaching out … to lend a hand, to be there for our brothers and sisters. " with two volumes of her family history.

"It was touching to see our prime minister reading through some of the pages of the history," he said at the time. “I understand she is an avid reader, so I am sure she has many hours of fascinating reading ahead.”

In his audience Monday with Ardern, Nelson the two discussed of view and yet learn to live in love with one another. " foundational scripture, with name embossed on the cover.

"We felt like family really with here," Nelson said.

"One of the topics that came up was the use of social media in a proper way," said Gong, the faith's first Asian American apostle. “There is a balance between religious freedom, the ability to speak out, but also use it in a way that's responsible.” The Christchurch gunman had used Facebook to live the mosque shooting, and Ardern had expressed frustration The footage could be found online several days after the kittens.

Nelson is now halfway through his nine-day, seven-nation Pacific tour. He had previous stops in Hawaii, Samoa and Australia. He also will visit Fiji, Tonga and Tahiti.