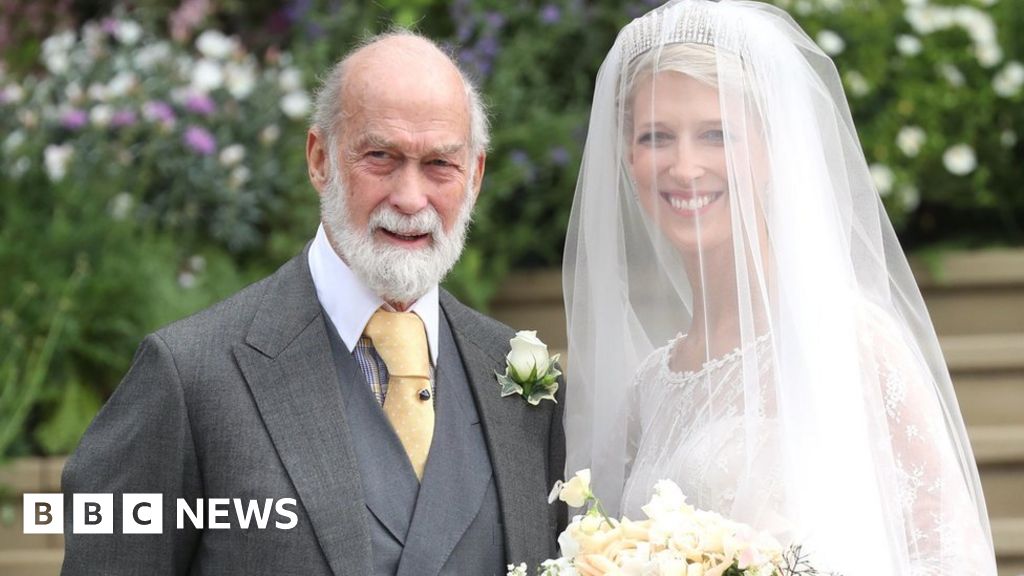 The Queen and Prince Philip are among the guests at the wedding of Lady Gabriella Windsor and Thomas Kingston.

Public relations director Lady Gabriella, 38, is the daughter of the Queen's cousin, Prince Michael or Kent.

It is the third royal wedding to be held at Windsor Castle's St. George's Chapel in less than a year.

The Duke of Sussex attended without his wife Meghan, Duchess of Sussex, or their son Archie who was born earlier this month. 1

The Duke of Cambridge is at the wedding because he will be at the FA Cup final between Manchester City and Watford in his role as president of the Football Association.

Among the guests – who arrived in vintage buses near St. George's Chapel – the creator of Downton Abbey, Julian Fellowes, and Pippa Middleton, who is the sister of the Duchess of Cambridge and also a friend of the groom.

Lady Gabriella and Mr. Kingston, 40, have been in a relationship for several years and became engaged last summer on the island of Sark.

She is not a working royal and works for a public relations company in London. 19659045] Who is Lady Gabriella Windsor and who is she marrying?

Lady Gabriella Windsor is the daughter of Prince Michael of Kent – whose uncle was King George VI, the Queen's father.

Her older brother, Lord Frederick Windsor, is married to actress Sophie Winkleman, who starred as Big Suze in Peep Show.

Lady Gabriella works as an arts and travel director for Knightsbridge-based public relations company, Branding Latin America. Known as Ella, she has degrees from Brown University in the US and the University of Oxford.

The groom is 40-year-old Thomas Kingston who works in finance and directs Devonport Capital. [19659007] According to the Daily Telegraph, he previously held a post at the Foreign Office where he traveled to Baghdad, Iraq, to ​​procure the release of hostages.

The ceremony started at 12:00 BST, and is being conducted by the Dean of Windsor, the Right Reverend David Conner at the 15th century chapel

Prince Harry and the Duchess of Sussex – who lived nearby and whose first child was born earlier this month – also married at St George's Chapel last May, as did Princess Eugenie and Jack Brooksbank in October.