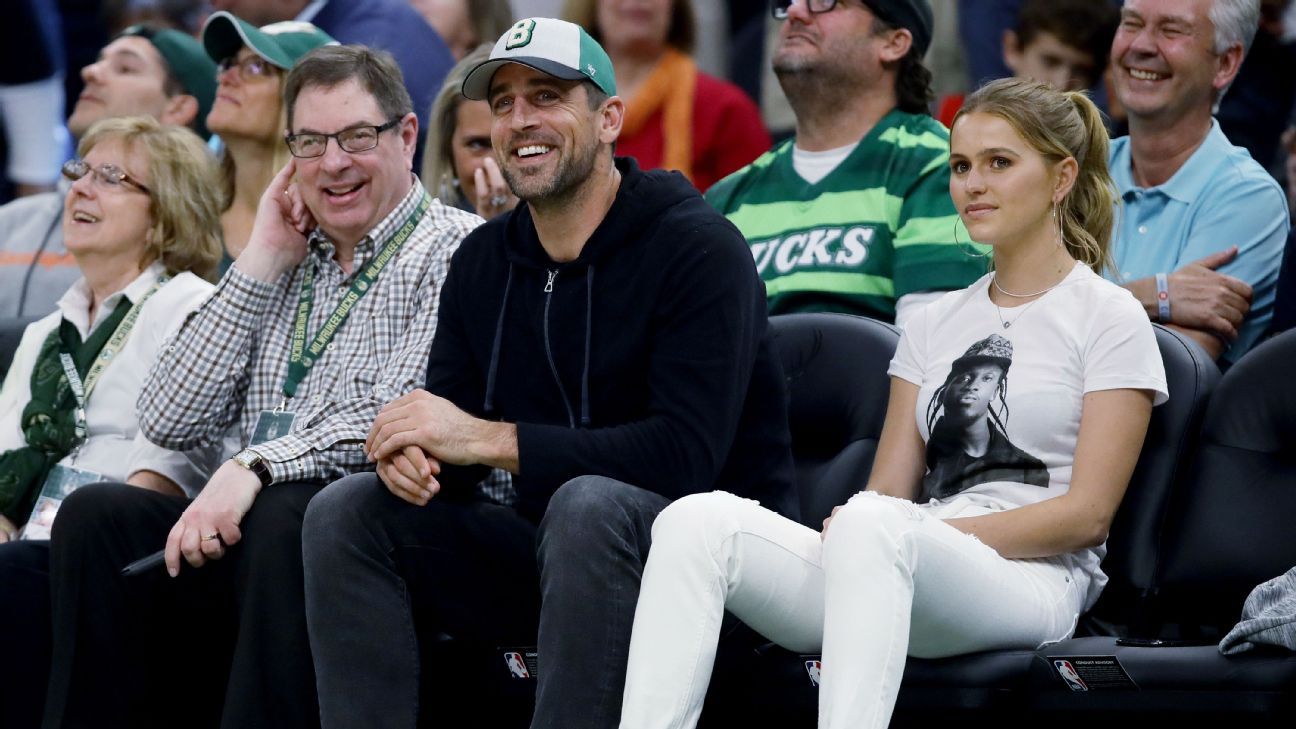 Green Bay Packer's line-mate David Bakhtiari was back in his beer-clustered courtside at the Milwaukee Bucks' NBA playoff game on Thursday night – and this time he was given a couple of local MVPs to participate.

Neither Packer's quarterback Aaron Rodgers nor Milwaukee Brewers outfielder Christian Yelich could just down a beer as fast as Bakhtiari, even though they tried their best.

While being shown on the video screen of the Fiserv Forum, Bakhtiari again put two beers in seconds, then pointed to Rodgers.

The two-hour NFL MVP couldn't get through all of its beer at once, and Bakhtiari, who has slipped beer during other games at Bucks & playoff run this season, continued to show him how to do it a third cold one.

Rodgers offered some explanation, which meant a tweet he had

] Later in the game, a fan wearing a Bakhtiari jersey was shown downing a beer on the big screen, causing the lineman to empty a can of his own mouth.

This time @DavidBakhtiari has a chugging competition with a fan !! 19 pic.twitter.com/GfxFMnfpHX

And shortly after, Yelich – the ruling National League MVP sitting next door Bakhtiari – – come on the run by finishing his own beer, much to the crowd.

Yelich was slightly faster than Rodgers, but QB was not impressed and indicated that Yelich's cup was a little less than full.

Their antics couldn't inspire Bucks for a victory as Toronto Raptors shouted 105- 99 to take a 3-2 lead in the Eastern Conference finals.