Rich Lowry: If this is a cover-up, it's the worst of all time 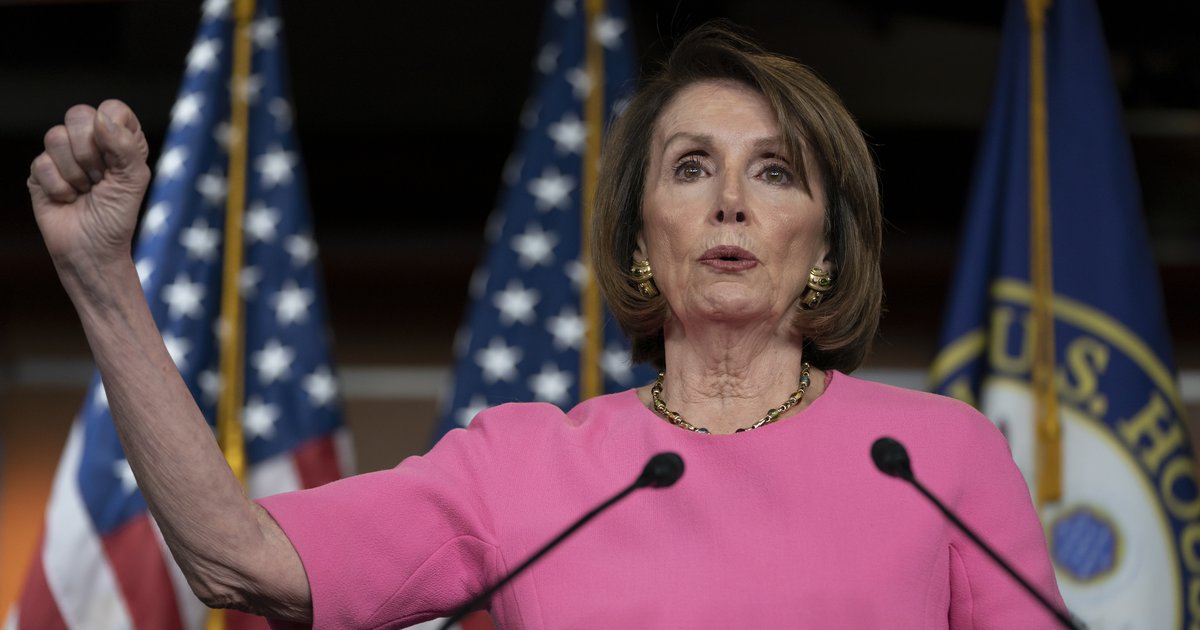 Speaker Nancy Trump may be guilty of many things, but a cover-up in the Mueller's prob. Is not one of them.

House Speaker Nancy Pelosi, attempting to apply forces in the Democratic Party eager for impeachment, is accusing him of one, with all the familiar watergate connotations.

The charge is strange, not to say incomprehensible, in light of the fact that Congress is in a possession of a 448-page report produced by the Trump Department of Justice cataloging the alleged obstruction that Congress now wants to investigate. The report is so exhaustive that many members of Congress did not have the time to read it.

If this is a White House cover-up, it's too late. It's a cover-up of an alleged crime that has already been extensively exposed, not by whistleblowers, by Jerry Nadler, by hostile journalists, but by a DOJ prosecutor who worked under the supervision of Trump's handpicked deputy attorney general.

Pelosi has rehearsed the cliche, "As they say, the cover-up is often worse than the crime." Or in this case, a substitute for the crime.

Mueller found no Russia and did not even accuse the president of obstruction, instead bizarrely pronouncing him "not exonerated."

Pelosi has not deemed the alleged obstruction detailed in the Mueller report worthy of impeachment, but now insists that Trump's resistance to congressional probes is itself obstruction and "could be impeachable."

an investigation that Trump had the power to stop but never did (even as he openly hated it and came up with various schemes, never effected, to crimp it).

The Mueller report is chock-full of direct accounts or private conversations. with the president, which would ordinarily be considered the most sensitive White House communications most likely to trigger a claim of executive privilege. The White House never tried to block any of the testimony. Mueller often writes in such a compelling novelistic detail just because everyone talked.

The only exception was the president himself, who only took written questions about the Russian portion of the probe (remember that?). But Mueller stipulates in the report that he didn't try to subpoena the president, in part, because he had gotten the relevant information from everyone else.

After going through this investigation for two years, run by a prosecutor with considerable resources and powers, and a well-shown willingness to nail anyone not counting the truth, the White House is standing at repeating the experience with Congress.

It has zero political interest in abetting high-profile hearings with forms White House officials, as well as Don McGahn, and legitimate privilege claims to make over the president's communications with his advisors and over the amount of unreviewed underlying material of the Mueller report. [Thisisahigh-intensityversionofthetypicaljoustingbetweenthetwobranchesSomeofitwillbenegotiatedoutandsomeofitwillbedecidedbythecourts

Congress obviously has its own legitimate claims here, although the fact-finding authorized by Pelosi is largely to avoid grasping the nettle of impeachment

Trump tomorrow if they wanted to.

This is what makes the current situation so crazy. Trump, let alone Attorney General William Barr or McGahn, is not the one stopping Congress from pursuing impeachment. They have no control over the whatsoever. Impeachment is entirely a matter for the House, which is entirely under the control of Pelosi.

She, not the president, is "obstructing" an impeachment inquiry in the literal sense of not letting one go forward, despite many of her members. wanting one and despite the Trump DOJ handing her a potential road map in the form of the 448-page report.

If this is a cover-up, it is the worst-executed cover-up of all time.

Rich Lowry is the editor of the National Review. comments.lowry@nationalreview.com