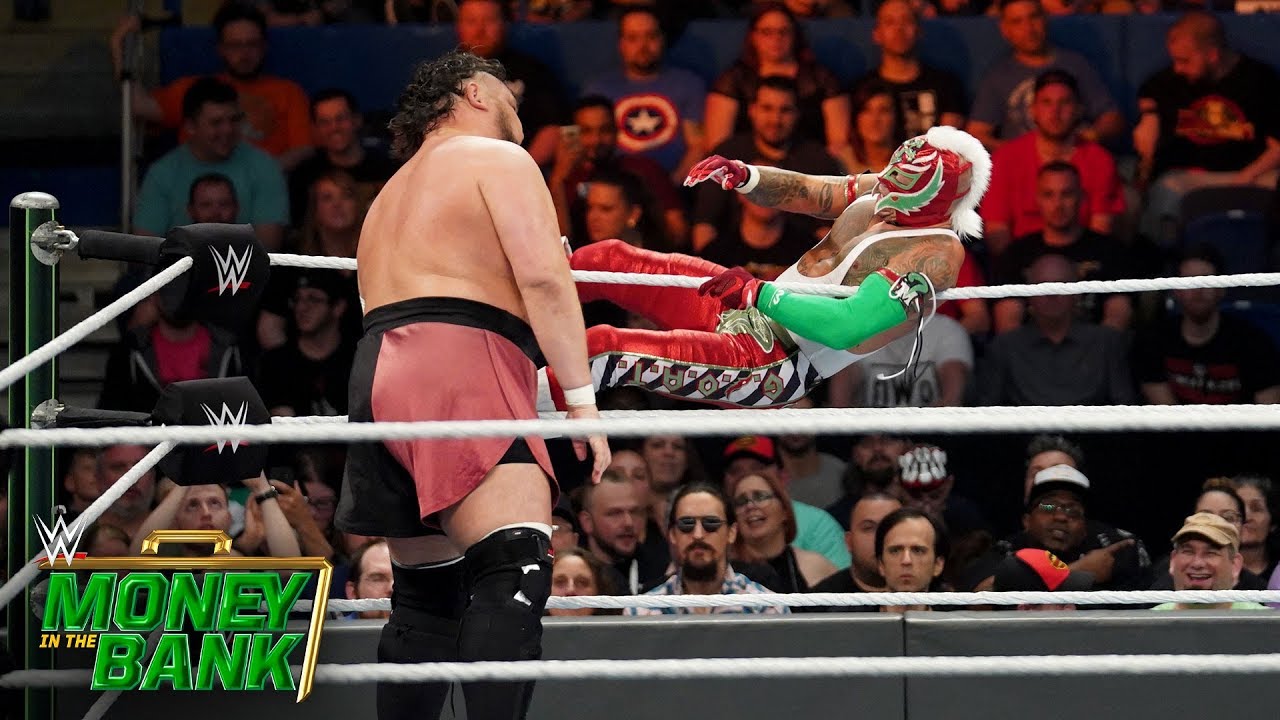 WWE United States Champion Rey Mysterio took to Instagram this week and revealed that he has a separated AC joint in his left shoulder. Mysterio noted that he has been having trouble lifting his arm.

As noted, Mysterio is scheduled to be on Monday's RAW to address the injury and the controversial finish to his win over Samoa Joe at WWE Money In the Bank earlier this month. Rey won the title in that match, which was rushed to Joe's busted nose, but he did not appear on RAW this week. Rey was seen in Birmingham, Alabama earlier this week, probably visiting with WWE doctors over the shoulder injury.

Mysterio has been doing physical therapy at The Lab in Riverside, CA, and hopes that will improve his range of motion , which has been really bad since the match with Joe. Rey blanched on the Uranages from Joe