Revelations from Çatalhöyük: A 9,000-year-old community with modern urban problems 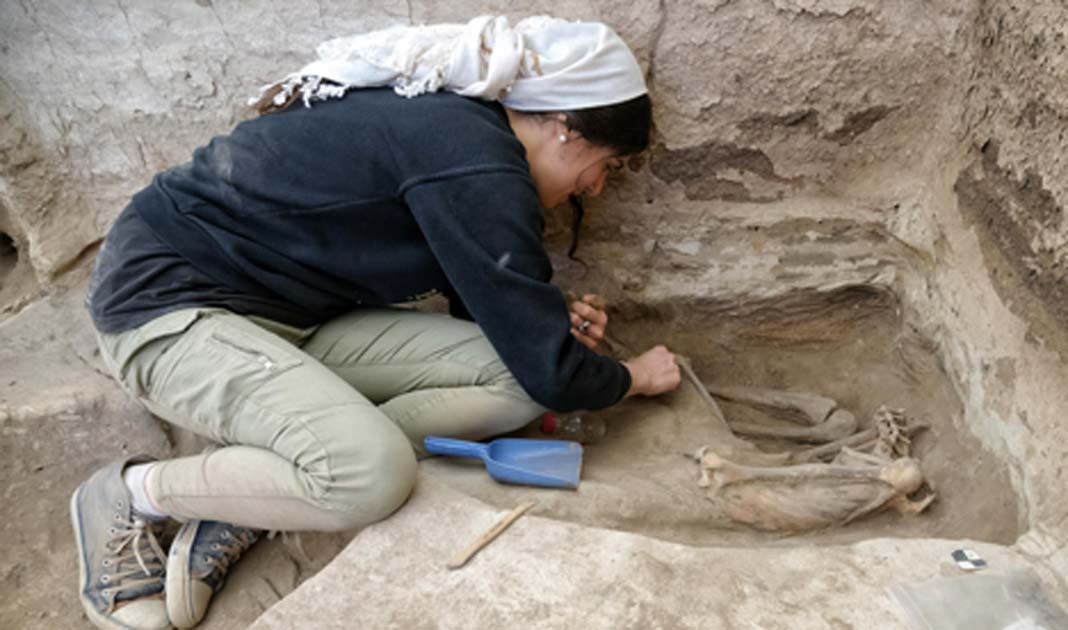 For approx. 9,000 years ago, residents of one of the world's first large agricultural groups were also among the first people to experience some of the dangers associated with modern city life.

Scientists studying the ancient ruins of Çatalhöyük in modern Turkey found that its inhabitants – 3,500 to 8,000 people to the highest degree – experienced overcrowding, infectious diseases, violence and environmental problems.

Place of Birth of Urban Living

In a paper published June 17, 2019 in Proceedings of the National Academy of Sciences an international team of bio-archaeologists reports new findings based on 25-year studies of human remains imbued on Çatalhöyük.

The results paint a picture of how it was for humans to move from a nomadic hunt and gather lifestyle to a more sedentary life built around agriculture, said Clark Spencer Larsen, study leader and professor of anthropology at Ohio State University.

"Çatalhöyük was one of the first proto-urban communities in the world, and residents experienced what happens when you put many people together in a small area for a long time," Larsen said.

"It sets the stage for where we are today and the challenges we face in urban life." 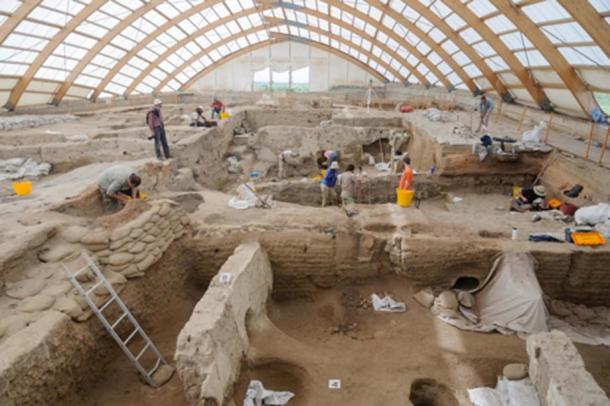 Çatalhöyük, in the now southern central Turkey, was inhabited from about 7100 to 5950 BC. First excavated in 1958, the site measures 13 hectares (almost 32 hectares) with nearly 21 meters of deposits, spanning 1,150 years of continuous occupation.

Larsen, who started field work in 2004, was one of the leaders of the team that studied human remains as part of the larger Çatalhöyük Research Project, directed by Ian Hodder of Stanford University. A co-author of the paper PNAS Christopher Knüsel from the Université de Bordeaux in France, was with the head of the bioarcheology team with Larsen.

Field work on Çatalhöyük ended in 2017, and the paper PNAS represents the culmination of on-site bio-archeological work, Larsen said. 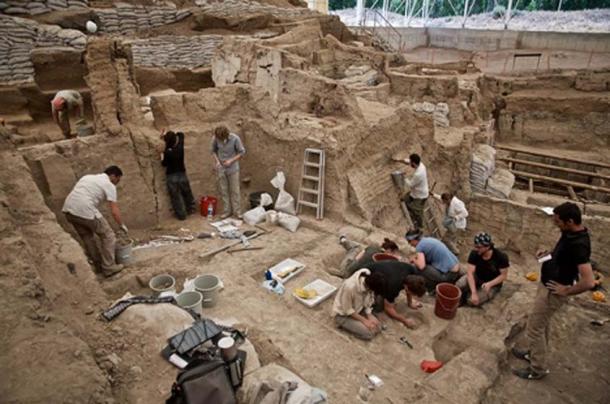 A urban development with building By-problems

Çatalhöyük began as a small settlement around 7100 BC, probably consisting of a few mud-brick houses in which scientists call the early period. It grew to its peak in the middle period from 6700 to 6500 BC, before the population declined rapidly in the late period. Çatalhöyük was abandoned around 5950 BC

Agriculture was always a big part of life in society. The researchers analyzed a chemical signature in the bones – called stable carbon isotope conditions – to determine that the residents ate a diet heavy on wheat, barley and rye, along with a number of non-domesticated plants.

Stable nitrogen isotope ratios were used to document protein in their diets coming from sheep, goats and non-domestic animals. Domestic animals were introduced in the late period, but sheep were always the most important livestock in their diet.

"They cultivate and keep animals as soon as they set up the community, but they intensified their efforts as the population grew," Larsen said.

The grain-heavy diet meant that some residents quickly developed tooth decay – one of the so-called civilization diseases, Larsen said. The results showed that about 10-13 percent of the teeth in adults found on the spot showed signs of dental cavities.

Changes over time in the form of leg cross sections showed that members in the late period of Çatalhöyük went significantly more than early residents. It suggests that residents had to move agriculture and grazing further away from society when time went on, Larsen said.

"We believe that environmental degradation and climate change forced the members to move further from the settlement to the farm and find supplies that burn," he said. "It contributed to the ultimate death of Çatalhöyük."

Other studies suggest that the climate in the Middle East was dry during Çatalhöyük's history, making agriculture more difficult. 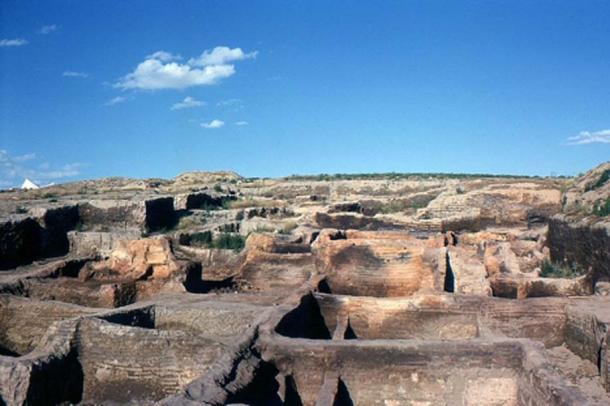 Results from the new study suggest that residents suffer from a high rate of infection, probably due to congestion and poor hygiene. Up to one-third of the early remnants show signs of infection on their bones.

During its peak in the population, houses were built as apartments without space between them – residents came and went through ladders to the roofs of the houses.

Excavations showed that interior walls and floors were patched many times with clay. And while the residents kept their floors mostly dirt-free, the analysis of house walls and floors showed traces of animals and human faeces.

"They live in very crowded conditions, with trash bins and animal pens right next to some of their homes. Thus, there are a large number of sanitary problems that can contribute to the spread of infectious diseases," says Larsen.

The crowded conditions in Çatalhöyük may also have contributed to a high degree of violence between residents, according to the researchers.

In a test of 93 skulls from Çatalhöyük, more than a quarter – 25 people – showed signs of healed fractures. And 12 of them had been sacrificed more than once, with two to five injuries over a period of time. The shape of the lesions suggested that blows to the head from hard, round objects caused them – and the right size and shape of the bedding balls were also found.

More than half of the victims were women (13 women, 10 men). And most injuries were at the top or back of their heads, suggesting that the victims were not facing their attackers when they were hit.

"We found an increase in cranial injuries in the Middle Ages when the population was greatest and most dense," Larsen said.

"It could be argued that overcrowding led to increased stress and conflict in society." 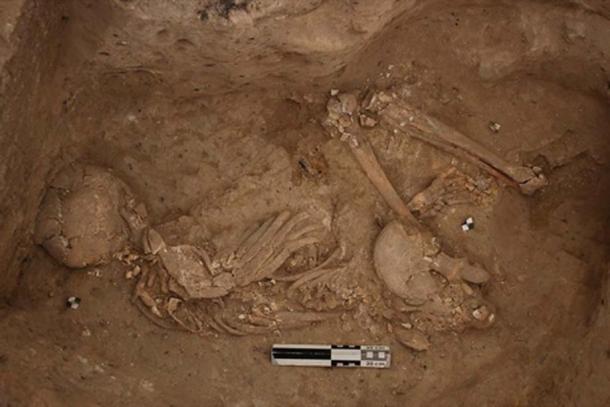 Most were buried in caves that had been dug into the house floors, and researchers believe they were interred under housing where they lived. This led to an unexpected finding: Most members of a household were not biologically related.

Scientists discovered this when they found out that individuals' teeth buried under the same house were not as similar as would be expected if they were relatives.

"The dental morphology is very genetically controlled," Larsen said. "People who are related show similar variations in their dental crowns, and we did not find it in people buried in the same houses."

More research is needed to determine the relationship between people living together in Çatalhöyük, he said. "It's still kind of a mystery."

Overall, Larsen said that Çatalhöyük is important that it was one of the first neolithic "mega-sites" in the world built around agriculture.

"We can learn about the immediate origin of our lives today, how we are organized in society. Many of the challenges we have today are the same as they had in Çatalhöyük – only magnified."