Reservations for the Taco Bell hotel sold out in two minutes 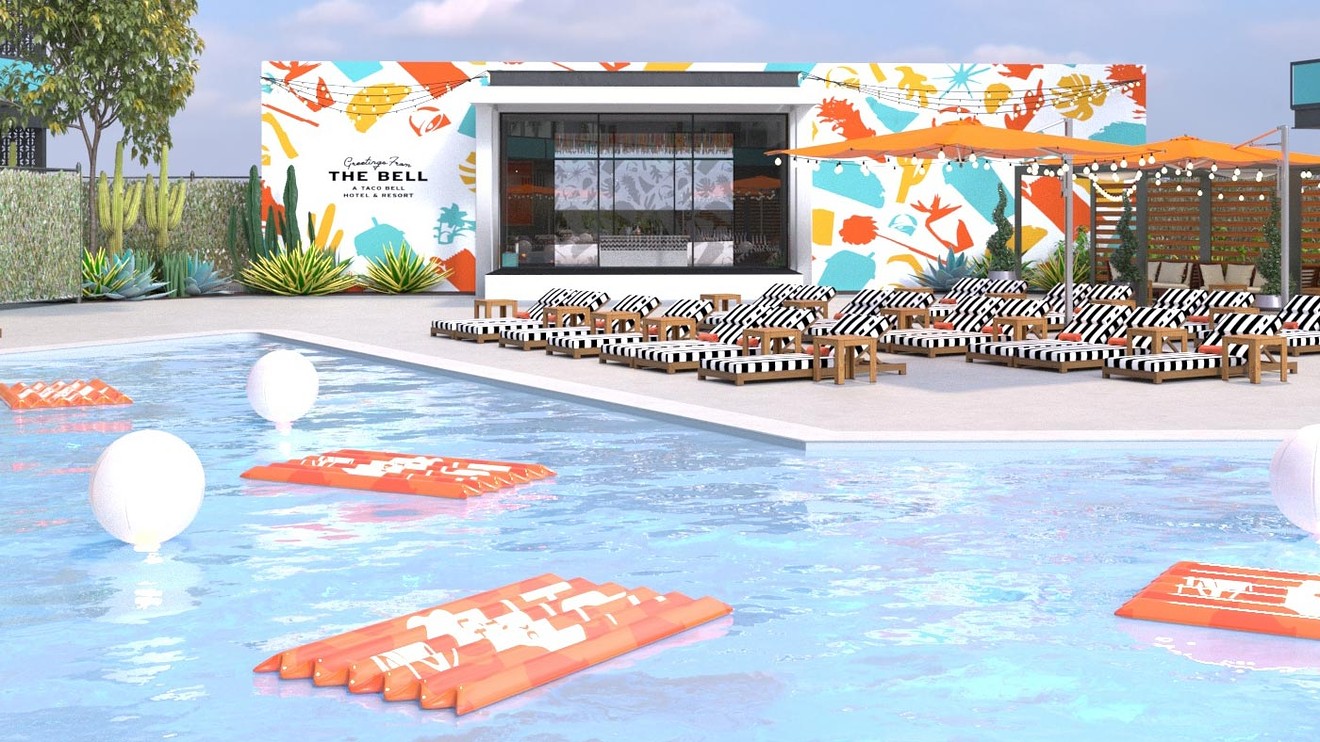 If you didn't even have a room for The Bell: A Taco Bell Hotel and Resort, it looks like you'll have to make other summer vacation plans.

According to Taco Bell, reservations were available on July 27 at 10 am PT and sold out in two minutes.

“We would like to get a big thank you for those who have come along on this journey with us and even though The Bell is sold out, we'll have more to share on exclusive merchandise, food and more in the coming weeks so able to score a room can still experience the fun from home, ”said Marisa Thalberg, Taco Bell's chief global brand officer.

Taco Bell is part of the Yum Brands Inc .

The Bell, located in Palm Springs, Calif., Was an existing hotel that redesigned into " taco-inspired destination, ”according to the hotel's website. It has more than 70 rooms with pricing starting at $ 169 per night. Guests have to be 18 years of age and over, and will have a wristband in order to access rooms and common areas.

The Bell will operate for four nights starting August 8 offering the "Taco Bell lifestyle" in the rooms , pool, bar and amenities, which will, of course, include Taco Bell food. Menu details will be available in July.

There will also be a house DJ, a gym and hot yoga to work off those meals. A Taco Bell Gift Shop will sell anything that may have to forgotten to pack.

Taco Bell has expanded beyond its usual fast-food restaurant locations. Its urban Cantinas offer a new design and alcohol. The Las Vegas Cantina location on the Strip includes a VIP lounge, DJ booth and gift shop.

Taco Bell aims to add hundreds of urban locations by 2022.

Watch: How AI can take the guesswork out of farming

And the brand has launched pop-ups in the past, like the Taco Bell 2032 event in San Diego in 2018. To celebrate the 25th anniversary of the movie "Demolition Man," which proposed a world where Taco Bell is the only restaurant left, Taco Bell opened a futuristic location for two days.

Taco Bell as a brand stands for "fun and energy," according to Mark Kalinowski , chief executive of Kalinowski Equity Research. And its fans are a passionate group. Taken together, the brand can do something as seemingly far-fetched as launching a resort and there will be interest.

“It's an experience that no one else has had and isn't going to last for very long,” Kalinowski said . "If you can snag a spot, this is an exclusive experience."

While Kalinowski can think of other examples of restaurant brands that have tried marketing stunts, he said "to hard to say off the top of my mind" to come up with another that could pull off a pop-up hotel.

“Taco Bell seems to have a really good job of cultivating their fans and doing things a little differently,” he said.

has gained 17% for the period.