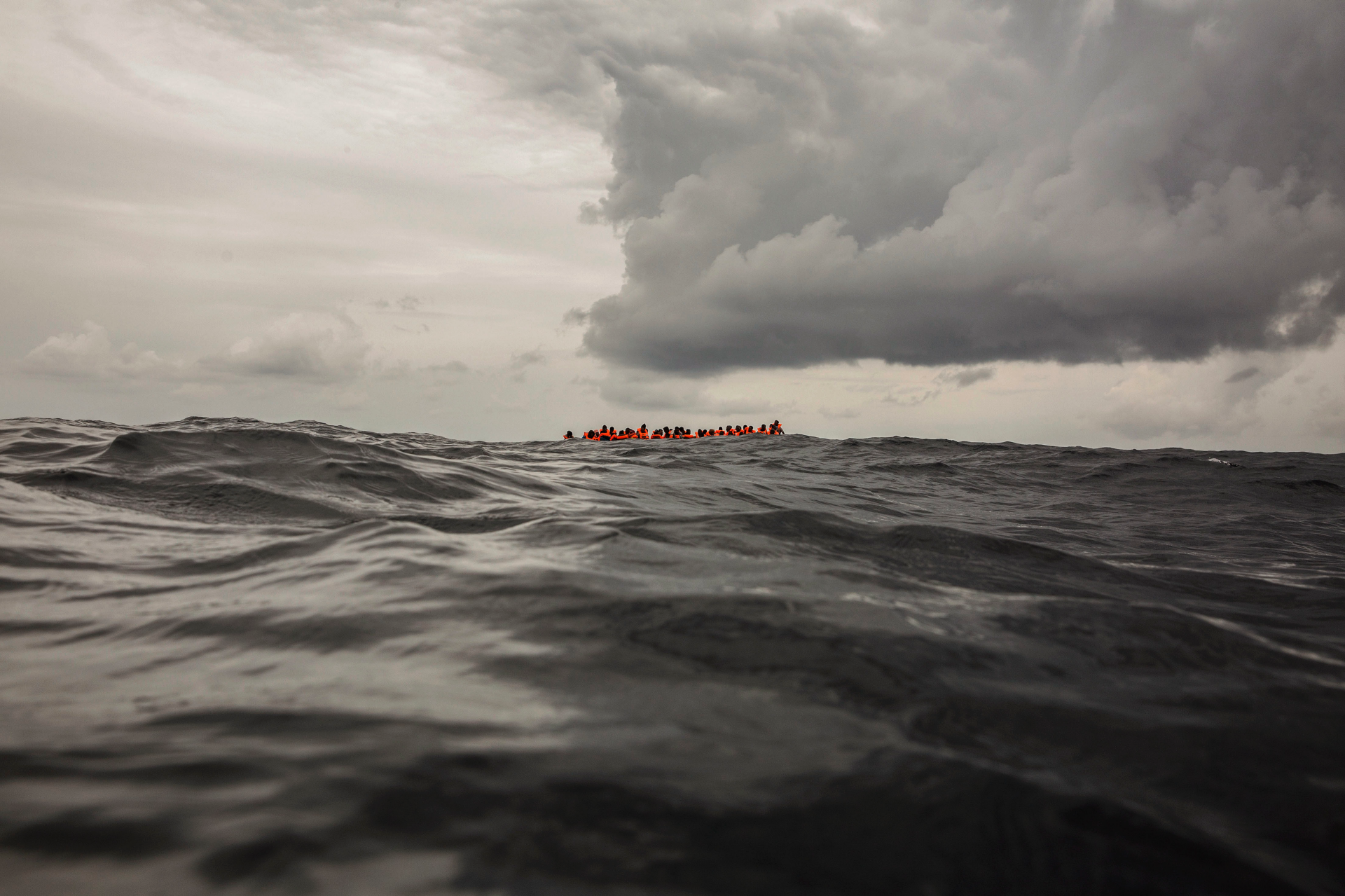 Migrants hijacked a cargo ship that rescued them in the Mediterranean Sea, forcing the crew to a course for Europe, the governments of Italy and Malta said Wednesday.

Authorities in both countries vowed to keep the vessel, identified as the Turkish oil tanker El Hiblu 1, out of their territorial waters

Italian Interior Minister Matteo Salvini said the tanker had rescued some 120 people, and described the incident as "the first act of piracy on the high seas with migrants" as alleged hijackers.

"Poor castaways, who hijack a merchant ship that saved them because they want to decide the route of the cruise," Salvini, who heads the anti-migrant League party, was quoted as saying by the ANSA news agency

Salvini said weather conditions in the Mediterranean were not good; it was unclear if the tanker would end up approaching Malta or Italy's Lampedusa island. But he had a message for the pirates: "Forget about Italy."

The Armed Forces of Malta said military personnel were standing by, and the tanker still was in Libyan territorial waters as of early Wednesday night. Maltese military official duty Maltese media the ship was carrying 108 migrants. The official was not authorized to speak to reporters and requested anonymity.

It was not clear whether any migrants or crew members had been injured; Other information was unavailable or difficult to confirm while the vessel was at sea. Italian media reports said the migrants seized control of the ship six miles from the Libyan coast.

Mass migration to Europe has dropped sharply since 2015, when the continent received one million refugees and migrants from countries in the Middle East, Asia and Africa . The surge created a humanitarian crisis in which desperate travelers frequently drowned, while leading arrival spots such as Italy and Greece struggled to house large numbers or asylum seekers. SPLIT EMERGES IN ITALY'S POPULIST GOVERNMENT ABOUT ACCEPTANCE RESCUED MIGRANTS

Along with the dangerous sea journey itself, those who attempt to cross the Mediterranean risk being stopped by Libya's Coast Guard and held in Libyan detention centers that human rights groups have been described as bleak places where migrants allegedly suffer routine abuse.

] EU members "alert the Libyan Coast Guard when refugees and migrants are spotted at sea so they can be taken back to Libya, despite knowing that people are arbitrarily detained and exposed to widespread torture, rape, killings and exploitation," said Matteo de Bellis, an international migration researcher for Amnesty International

European Union member countries, responding to domestic opposition to welcoming immigrants, having decided to significantly downscale an EU Operation in the Mediterranean, withdrawing their ships and continuing the mission with air surveillance only.

Officials on Wednesday lamented the move, while Amnesty International and other groups responded by referring to Europe's collaboration with Libya to vote migration was a human rights outrage.