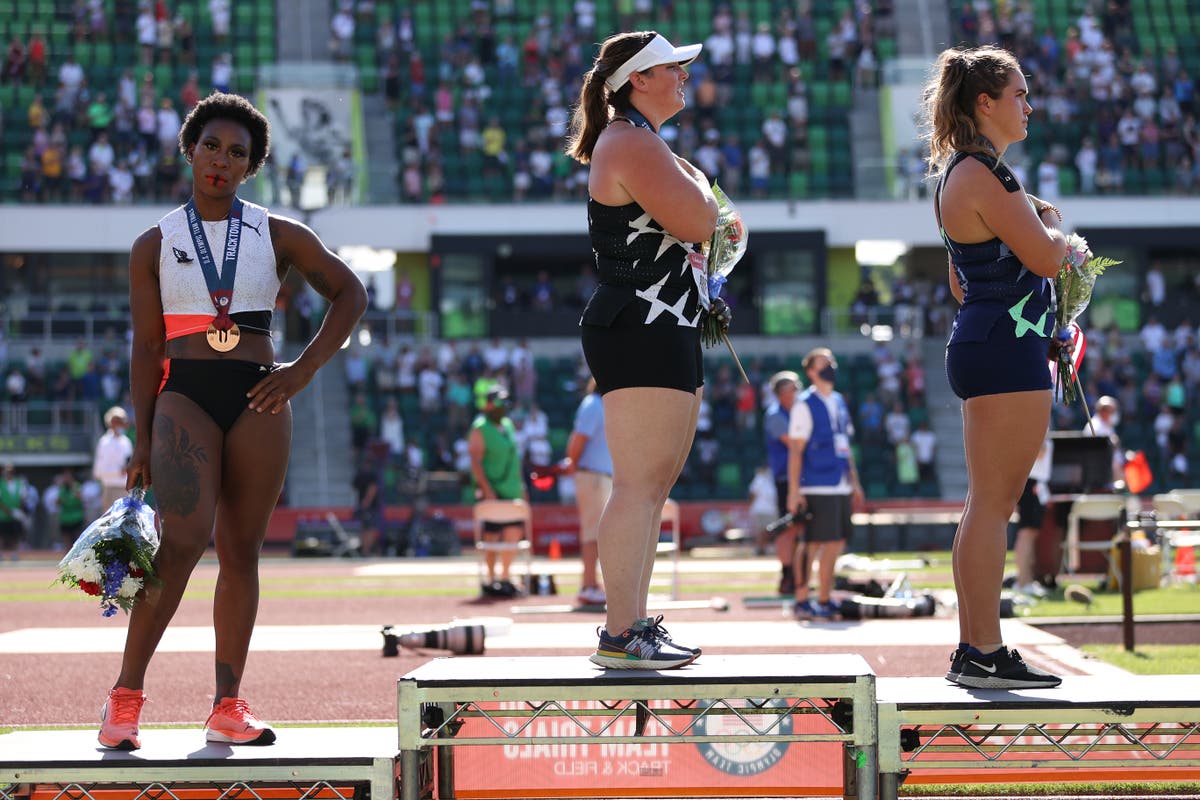 Just under 40 Republican lawmakers have written to the U.S. Olympic Committee to express concern about the possibility of U.S. athletes holding political protests at the Tokyo Summer Games.

Representatives urged the USOC to remind competitors to obey Rule 50 of the Charter of the International Olympic Committee, which bans athletes from political expression during the Games.

Fox News reports that the letter to U.S. Olympic and Paralympic Committee Chair Susanne Lyons and CEO Sarah Hirshland was signed by 39 members of Congress and specifically nominated hammer thrower Gwen Berry, who turned away during the national anthem at trials in June.

Mrs. Berry also held up a T-shirt with the slogan “Activist Athlete.”

“We are deeply concerned about the growing trend in which American athletes are taking advantage of the international platform that the Olympics provide to maintain divisive, hateful and anti-American ideologies,” the letter reads.

Among those who signed were representatives Dan Crenshaw of Texas, Debbie Lesko of Arizona, Jim Banks of Indiana, Madison Cawthorn of North Carolina and Lauren Boebert of Colorado.

Legislators also appointed BMX freestyle rider Chelsea Wolfe, who is participating in the Olympics, as a deputy. In a now deleted Facebook post, Ms. Wolfe stated that she wanted to win at the Tokyo Games so she could “burn an American flag on the podium.”

She has since told Fox News: “Anyone who thinks I do not care about the United States is really wrong.”

“One of the reasons I work so hard to represent the United States in international competition is to show the world that this country has morals and values, that it’s not all the bad things we are known for,” Wolfe added.

Republican lawmakers conclude their letter by saying, “It is our hope that members of the U.S. Olympic team will stop abusing their platform to blow up shameful anti-American rhetoric, and that all athletes representing the United States at the Olympics play this summer will make it proud and patriotic. ”

According to Article 50 of the Olympic Charter: “No demonstration or political, religious or racial propaganda is permitted in any Olympic venue, venue or other area.”

IOC President Thomas Bach reiterated and defended the rule in January 2020 issued specific guidelines for protests at the Games.

Sir. Bach stressed the neutrality of the games, saying it is undermined when used as a stage for any agenda, no matter how legitimate it may be.

While personal protests during hymns are considered “divisive disorder” and can result in disciplinary action, athletes are allowed to post opinions on social media.