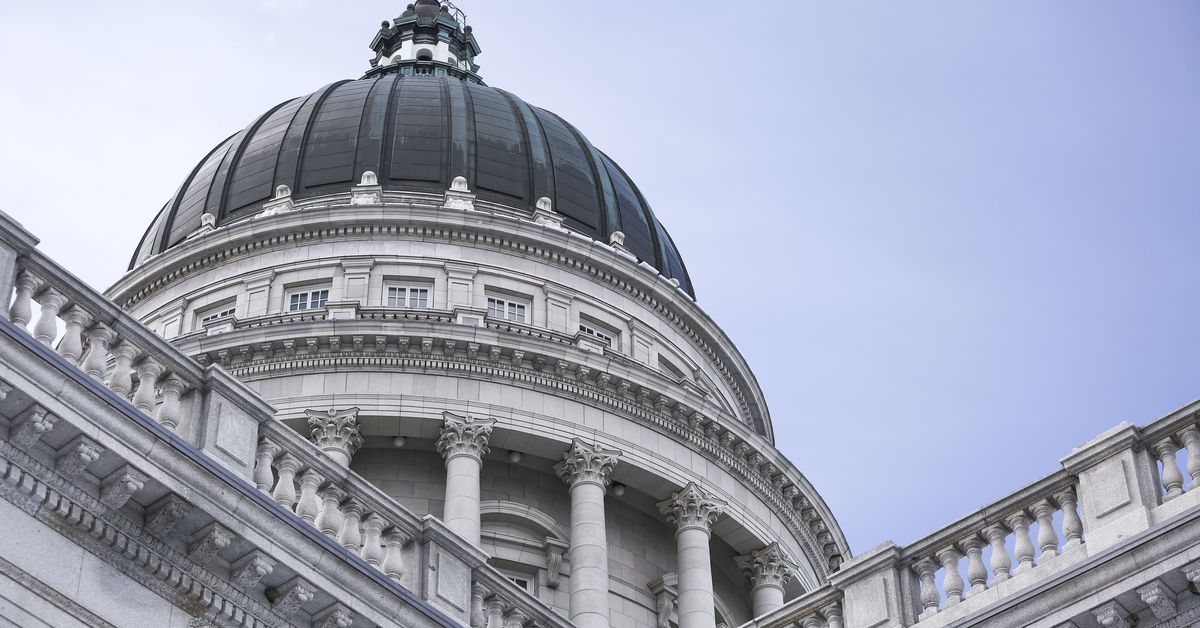 SALT LAKE CITY – Poor communication between government departments and lack of cooperation with health officials compounded problems around a couple of controversial multimillion-dollar coronavirus contracts with technology companies, according to a limited regulatory review released Tuesday.

Legislative audits showed that of the more than $ 97.3 million government agencies that were allocated in emergency spending to respond to the March-July COVID-19 pandemic, many contracts were “executed without significant concerns.” But two contracts “would have benefited from better communication, cooperation and direction if all relevant government entities were included in decisions.”

“What we found was that there was a real need for greater cooperation,” Legislative Auditor General Kade Minchey told lawmakers in the Legislative Audit Subcommittee. “We understand that a lot was going on during that time, but we still feel like especially these contracts. If there had been collaboration with the units that played there, there could have been some opportunities to avoid some pitfalls.”

The contract with Twenty for the development of the Healthy Together app was intended to help with the COVID-19 contact tracking effort, among other features, but has not been a successful tool for government health officials. The tracking feature, originally set up to help track contact, has since been turned off, which government officials attributed to privacy concerns that had turned many Utahns away from the app. The app was recently revised to use Bluetooth.

While questions and concerns swirled around the app, another businessman in Utah offered the same service for free.

To date, the state has paid over $ 4 million for the Twenty app and continues to pay an ongoing maintenance fee of $ 300,000.

According to the review, Utah Department of Health officials were not included in contract negotiations with Nomi Utah and the TestUtah initiative, which included $ 2 million for the creation of TestUtah.com, $ 3 million for the first month of five drive-thru test sites and laboratory services, and more. $ 600,000 a month for each active test site, even though the effort was originally set as one that would be crowdfunded.

Questions and concerns have also swirled around TestUtah’s COVID-19 test accuracy, though laboratory officials strongly defend the integrity of their tests.

While legislative auditors wrote in their report that “a complete review of all contracts would be necessary to identify deep-rooted issues,” Utah State Accountant John Dougall has been conducting an audit of COVID-19 emergency spending for several months now. His office has not provided a timeline for when this audit will be completed.

However, in their limited review, legislative auditors found that the contracts with Twenty and Nomi – and over $ 64 million in emergency purchases of personal protective equipment – did not violate state emergency purchase rules.

“However, while the state took advantage of the flexibility component (of emergency purchase codes) with the Twenty contract, based on interviews we conducted and documentation we reviewed, we believe there could have been more room for competition,” the auditors wrote.

Auditors said their limited review found that the Utah Department of Health was not fully looped in the contracts and that “greater cooperation” between the governor’s office of management and budget and the procurement division “should have taken place in the early stages of the pandemic.”

“For example, the Healthy Together app negotiations on tracking contacts did not involve purchases or DOH before the final formation of the Twenty contract,” auditors wrote. “Although emergency procurement requirements are found in the Utah Code does not require specific entities to be involved in contracting, we believe it would have helped secure a better contract and better align state actors to a common vision. ”

Auditors also wrote the Department of Health “did not fully participate in initial negotiations on the original Nomi contract when they could have provided subject matter expertise on test setup and protocols,” and the state’s technology services department was not involved in the initial contract with Nomi.

“Another area of ​​poor cooperation we found is with the ongoing use and monitoring of these contracts,” the auditors wrote. “It was reported to us that a government entity continued to work with a supplier, requested additional work and re-prioritized some of the original terms of the agreement without the knowledge of other government agencies.”

While one government agency oversaw the app’s contract, another agency handled payment.

“This contributes to confusion and decentralizes the effectiveness of monitoring a compliance contract,” auditors wrote. “Agencies should communicate on the revision of contracts and assign a single entity to oversee and monitor the contract.”

The governor’s office of management and budget was at the forefront of the initial contract negotiations for both Twenty and Nomi before the Utah Department of Health began handling the contracts.

Rep. Suzanne Harrison, D-Draper and Rep. Andrew Stoddard, D-Sandy – both of whom have been outspoken critics of the Twenty and Nomi contracts – reiterated their concerns during a briefing of no-bid contracts given to the Government Operations Interim Committee on Tuesday.

Stoddard said the state has now paid over $ 4 million on Twenty’s “app that does not do what it should” and asked Phil Dean, interim chief executive of the governor’s office of management and budget, if there has been “consideration” for to break these contracts or renegotiate them? ”

Dean, who took over the role of CEO Kristen Cox when she left last month, said: “The simple answer is yes. There have been discussions about ensuring that apps fulfill their purpose. It is also fair to say that there are ongoing discussions about it. ”

When specifically asked about the free offer from another company to develop a contact-tracking app, Dean said that “there have been several conversations about other options,” but noted that the state no longer operates during acute procurement processes, and it would therefore be necessary to undergo a competitive tendering process.

Harrison raised concerns about how “these companies had no background in healthcare, yet they were awarded multi-million dollar contracts for medical services.”

“Could you comment on what kinds of consultations were made by health experts to claim that it was wise contracts to be entered into in a contract without a bid?” Harrison Dean asked.

Dean said he was not “personally involved in these aspects, so I can not immediately answer that question directly.”

“I think it would have been a wiser use of taxpayers’ dollars to invest in existing public health infrastructure and at least consult experts from the Department of Health before entering into contracts without bids with companies that have no expertise in these. areas, ”Harrison said.

Legislative auditors offered in their report several “experiences” – summarized under the heading “Improved communication and cooperation was a coherent theme.” They advised the legislature “consider these lessons learned to determine if more guidance is needed to govern how the executive will use emergency procurement in the future.”

In a written response to the regulatory review, Division of Purchasing officials said the agency “is committed to making the Utah Purchasing Code effective and efficient for all purchases, emergencies and non-emergencies.”

At a separate audit subcommittee meeting Tuesday, House Chairman Brad Wilson, R-Kaysville, pointed out that the legislative review showed “no misuse of funds, no overt violation of state procurement code or state law, but even under the umbrella of a state situation, not all procurement decisions are created equal” . ”

Wilson said that while some purchasing decisions as for personal protective equipment were timely and necessary, others “perhaps could have been made a little slower and had a little more cooperation.”

“I think there were a lot of decisions that needed to be made quickly, and I think pretty much the decisions were made well,” Wilson said. “I think it is incumbent upon us as a legislative branch to take the lessons we can learn and make sure we put them in perspective for future times similar to what heaven forbids.”

“If it’s not a virus, it’s going to be something, and we have to put things in place,” she said, reiterating the recommendation to “put a structure in place so they can work together and not step on each other’s toes.” did not get into personalities and grass and all that. ”

She called it a “wake-up call” to government agencies to better work together.

“This was awful, but I think our procedures are getting better at this,” she said.