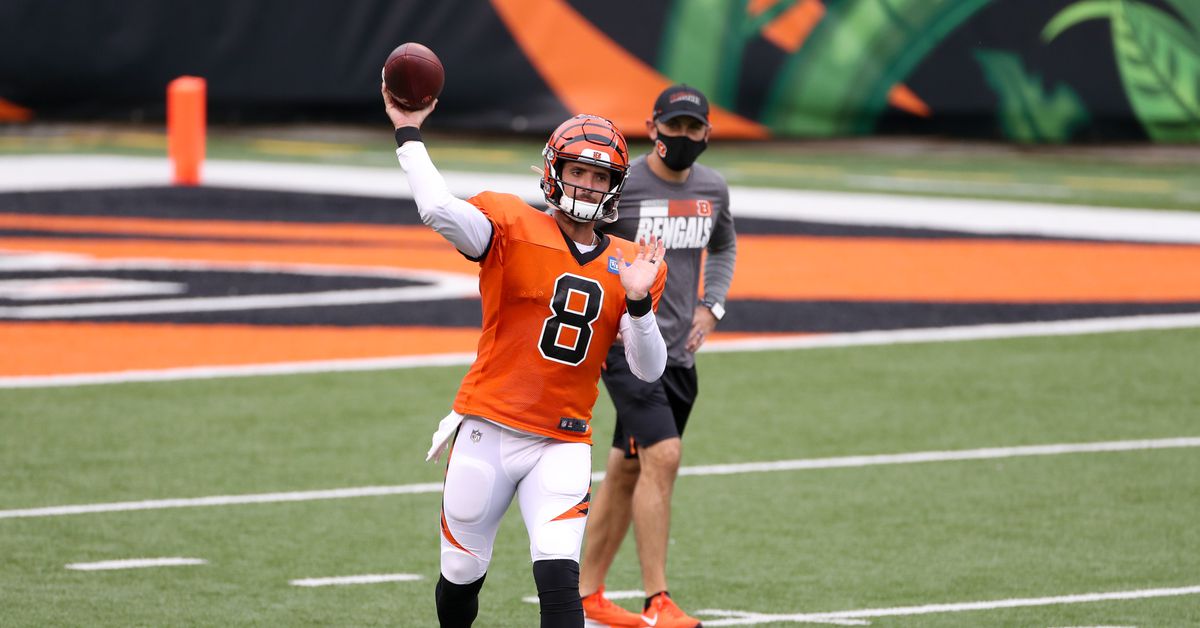 Post-Joe Burrow The Cincinnati Bengals in 2020 have a new starting quarterback, and it’s apparently not Ryan Finley.

#Bengals plan to start QB Brandon Allen on Sunday vs. #Giants, according to sources. Allen was in the training group until the second day when he replaced Joe Burrow on the list. Ryan Finley, who came into Burrow against the #WashingtonFootball Team, is backing up.

This is a bit of a surprise considering that Finley has been Burrow’s backup all season, but it makes sense when you consider how awful Finley has played when given the chance to do so.

The Bengals traded up in the fourth round of the NFL draft in 2019 to pick Finley, and in three and a half games with the team, Finley has thrown in 504 yards, two touchdowns, three interceptions and has completed 45% of his 97 passes. Most of this production came from the three starts he made last season after the team benched Andy Dalton in the middle of the season.

From an EPA / Play perspective, Finley has been the worst of 55 quarterbacks to have accounted for at least 100 games since 2019. And he was so bad last year that the Bengals had to go back on their decision and start Dalton to end the year .

Allen, who had been in the training squad for the entire 2020 season until Monday, was elevated to give the Bengals two quarterbacks on the active list and he now gets the first real chance to run this offense over Finley.

As a backup to the Denver Broncos last year, Allen started three games – just like Finley – and threw in 515 yards, three touchdowns, two interceptions and completed 45% of his 84 passes. He was also a backup for the Los Angeles Rams when Zac Taylor was an assistant on the team, and his familiarity with Taylor was why he was signed by Cincinnati last August.

The Bengals may sign another quarterback to replace Allen in the training squad this week, but they are moving forward with Allen starting, for now.