Remember the lunch lady fired to give a boy a free meal? His mother now says she lied. 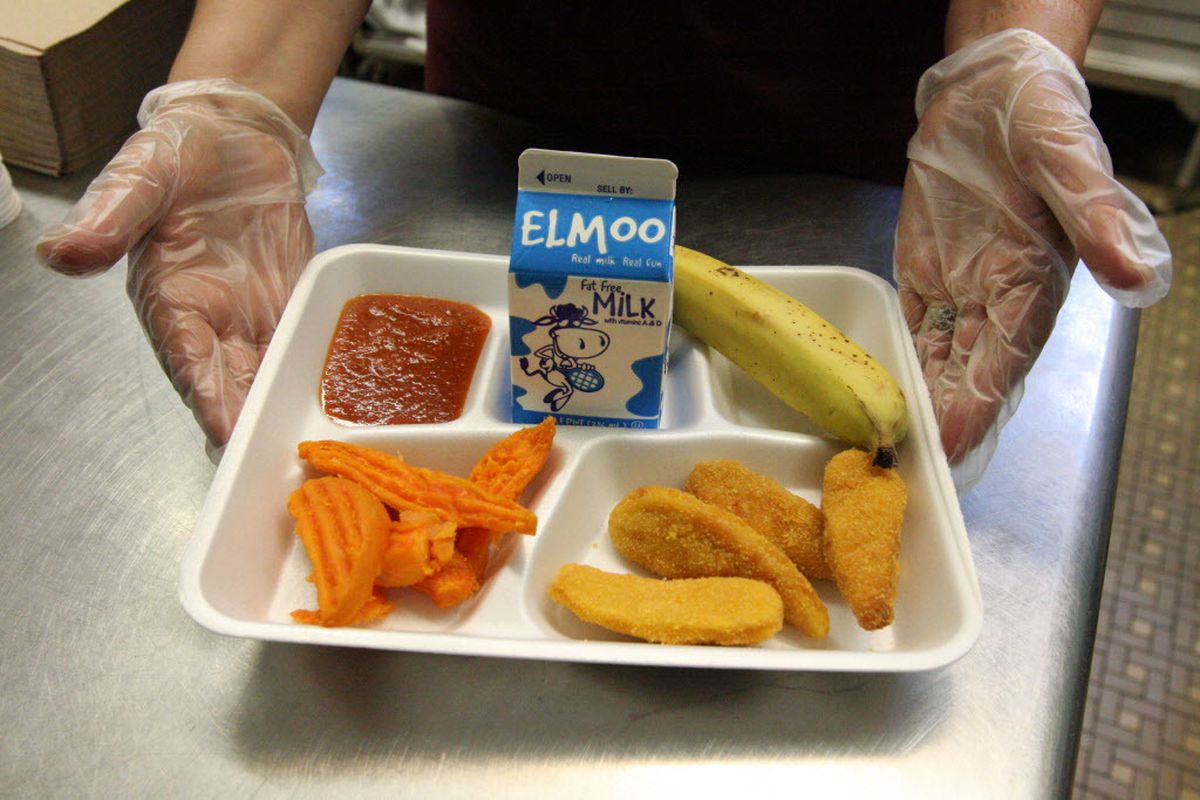 It has been a whirlwind week in Canaan, New Hampshire, with television cameras falling on the city less than 4,000, after news from a cafeteria worker was fired to give a student a free meal-qualified national media attention.

Bonnie Kimball claimed she had lost her job when a tutor caught her and gave food for $ 8 to a student whose account had no money. She received an exemption from support after the story was viral, including an offer from celebrity chef José Andrés, and the contractor who worked her offered to rehire here.

But now, the school district has withdrawn its support for Kimball after the student's mother shared information with the New Hampshire Union Leader, suggesting Kimball lied and engaged in a "cover-up".

Kimball had served lunch in the Mascoma Valley Regional High cafeteria for nearly five years, according to Valley News, when she was fired on March 29. The EU leader reported on the basis of her account that the termination came in response to a manager who caught her and gave a meal to a student who did not have money in his lunch account.

Following a release of public support for Kimball, the president of the Café Services subsidiary, Brian Stone, said in a May 1

7 statement to The Washington Post that it would offer to rehire here.

On the same day, Kimb told the Associated Press that she was not interested in taking the job back, claiming that Fresh Picks Café had offered her her job back "to keep her contract [with the school district]. "

But the mother of the student who received a free lunch from Kimball has now told the EU leader that Kimball has been dishonest. She said her son, a 17-year-old, was going to bring her own lunches.

"I have three children and they are all well-groomed and well-fed," said the mother of the Union leader. "She was not fired to feed a hungry child."

The woman whom the EU leader did not name to protect her privacy, also shared Facebook messages from Kimball to the teenager, who tried to cover her account for the news media.

"We will slowly be written up," said Kimball, according to the announcements the EU leader said, "but we can make it look good." Laugh out loud. "

Stone said the teenager got free food from Kimball for three months, not just a meal.

" We have nothing to do with her outside the school system, "she told the paper.

After the story went viral, Kimball started a GoFundMe account that raised $ 8,498 per May 24. A representative of GoFundMe, who had previously verified the account, told The Wa shington Post, "GoFundMe will respect donor reimbursement requests. So far, we have not received any refund requests. "

When it was first commented on May 17, a Café Services representative told Posten that" the information provided is untrue, but declined to elaborate. The school director, Amanda Isabelle confirmed that the district policy is giving lunch to any student, regardless of their ability to pay.

On May 20, Stone, the president of the Café Services subsidiary, who employed Kimball, issued a video statement explaining that while he had not commented on the matter before, "respect for privacy and confidentiality for our employees, "he would rectify the post.

" This student had not been charged for anything in the previous three months, "Stone said." This employee was dishonest and was deleted for not Follow Procedures. "

Isabelle, the school district superintendent, wrote in a May 22 Facebook post that the district" lifted its demand for the employee to be rehired. "

" We have been overwhelmed by a giant of national and international media interest in this incident, "wrote Isabelle," but I do not believe that we have yet seen a complete and complete tale of facts. "[19659002] In a separate statement sent to the post, Stone said he hoped that attention to history could be directed instead of organizations such as Friends of Mascoma supporting nutrition in the area. He completed his video statement with a call to reverse back to normal.

"We want to get back to feeding children," he said, "because that's what we love to do."

Finding a path to reopening schools during the COVID-19 pandemic

Coronavirus: WHO warns of ‘no silver bullet’ in mid-vaccine search