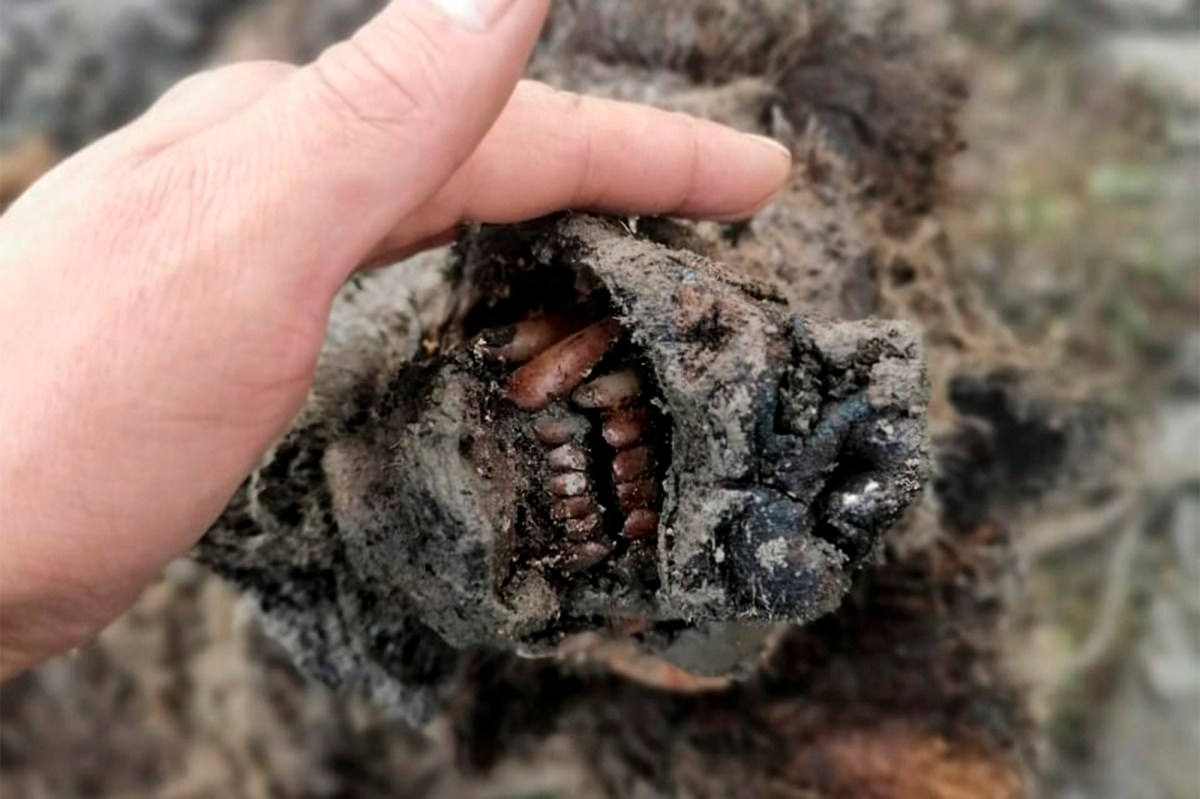 Reindeer herders in the Russian Arctic recently made a “grizzly” discovery – the perfectly preserved carcass of an ice age cave bear, researchers announced on Monday.

Melting of permafrost in the Lyakhovsky Islands revealed the finding “of great importance to the whole world”, said researchers from the Northeastern Federal University of Yakutsk.

“This is the first and only find of its kind – a whole bear body with soft tissue,” said researcher Lena Grigorieva in a statement.

The old bear, estimated to be between 22,000 and 39,500 years old, was found in mint condition, even with its nose and teeth intact.

“It is completely preserved with all the internal organs in place,” Grigorieva said. “This finding is of great significance to the whole world.”

Previously, scientists had only been able to uncover the bones of cave bears that became extinct 15,000 years ago.

Maxim Cheprasov, senior researcher at the Mammoth Museum Laboratory in Yakutsk, said in the statement: “Radiocarbon analysis is needed to determine the bear’s exact age.”

Researchers have not yet been able to visit the site’s remote site, located on the new Siberian islands between the Laptev Sea and the East Siberian Sea.

As the permafrost melts over large areas of Russia’s Siberia region, there have been several major discoveries in recent years, including mammoths, woolly rhinos, ice age foals, several puppies and Cave Lion cubs.

Rebels from Syria recruited to fight in conflict between Azerbaijan and Armenia, says source