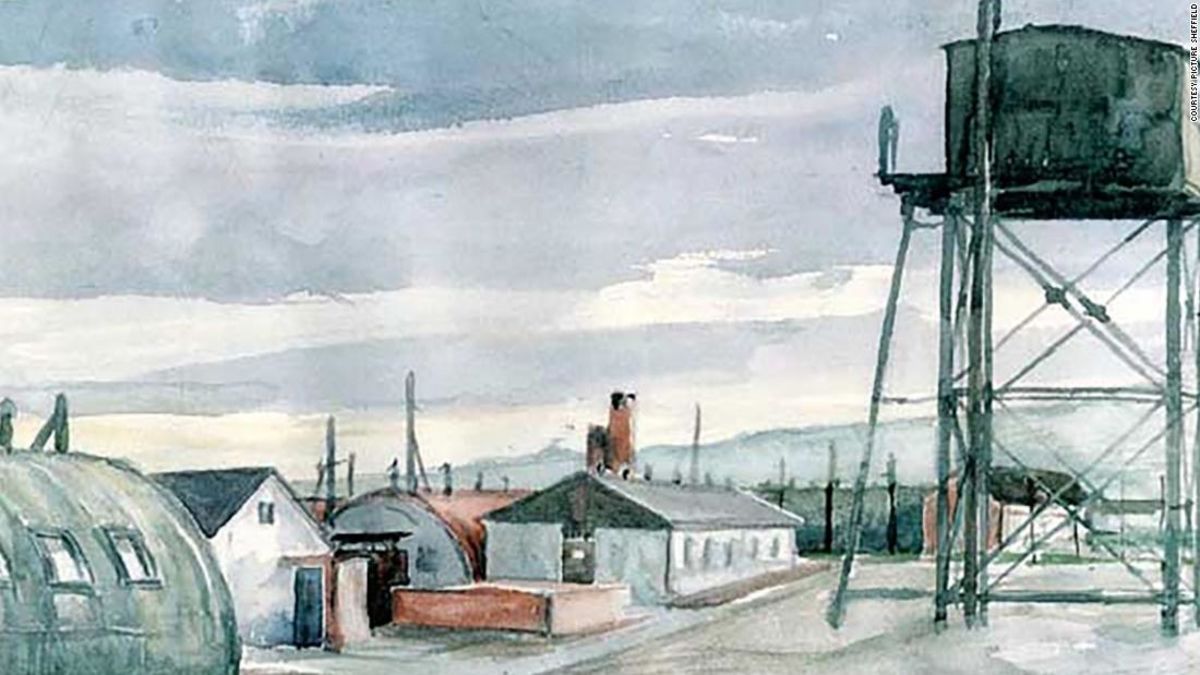 (CNN) – The much-forgotten remnants of Britain's largest prisoner of war prisoner-in-prison camp, including Hitler's short-lived successor in the Third Reich, have been uncovered in forest areas in Sheffield.

The Lodge Moor POW camp held about 11,000 prisoners from Germany, Italy and Ukraine at the peak in 1944, but had been left to nature and disappeared under shrubs and soils for decades.

Now, some camp's brick buildings founded by its barracks and other remnants have finally been searched by archaeological students at the University of Sheffield, in northern England.

The remains of a building from the camp.

Little was known about the secretive plant, but scientists uncovered many fascinating details about the past while analyzing tenant records, documents, and testimonials during the project.

Perhaps the most famous prisoner was Karl Dönitz, who spent about six weeks in the camp at the end of World War I after his U-boat had technical problems and was forced to surface in October 1918.

Dönitz tricked his way out of the camp, scientists said by failing mental illness to avoid being tried as a war criminal.

The remains of a barracks building.

After returning to Germany, he rose through the series of Nazi German navy and later commandered in the last years of World War II. Dönitz gradually succeeded Adolf Hitler as president of Nazi Germany in the last weeks of the conflict following the suicide suicide before he was convicted of war crimes in the Nuremberg trials.

"The war camp was a very uncomfortable place to live," said Rob Johnson, who worked on the project. "The prisoners were fed food out of galvanized dust trays, had to stand outside in the mud, rain and cold for several hours a day during calls, and as it was as overcrowded as a transit camp, they were crushed in tents or barracks with little personal space. "

A painting by ex-Wehrmacht officer Heinz Georg Lutz while he was prisoners of war at Lodge Moor.

"It is exciting to think about what could be uncovered by the camp as it did not receive any archaeological investigations prior to our projects," he added. "We found some reinforced glass and iron buds from the old barracks that just walk around the area, which is incredible to believe that everything has just been left untouched and forgotten for so many years."

Another student involved Samuel Timson added: "Some of the German prisoners managed to escape on December 20, 1944, but resumed without a fight 24 hours later in Rotherham."

"After the war, some of the prisoners decided to stay in Sheffield – for example, we found a newspaper interview with a former prisoner who became a nurse," he added.