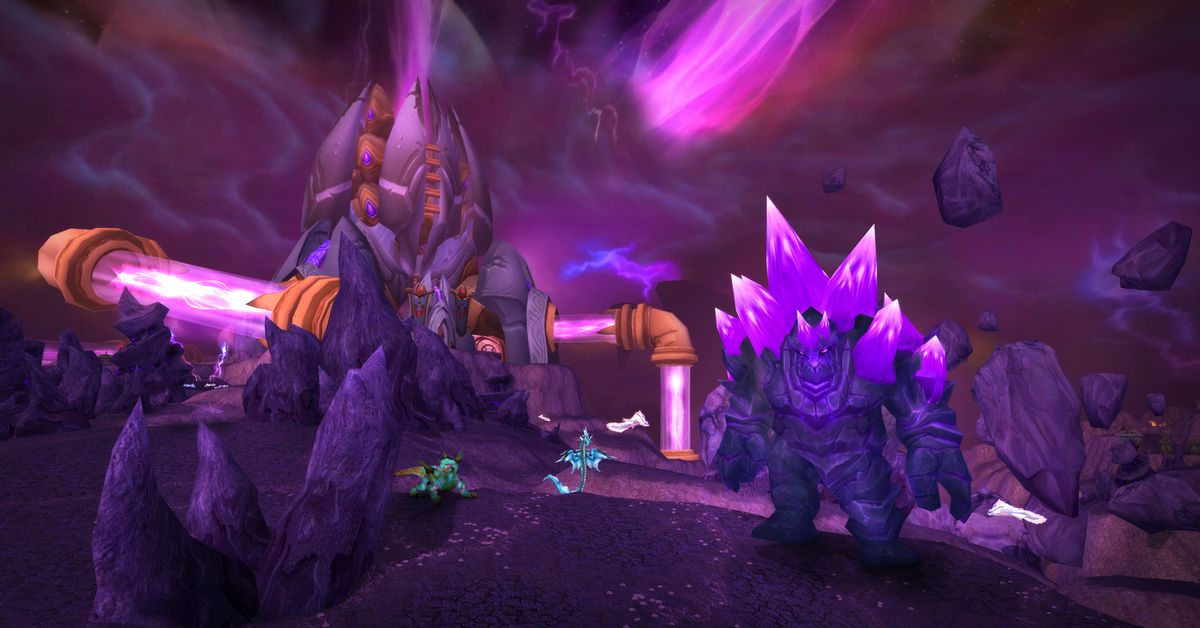 In some ways, World of Warcraft Classic was as much a museum exhibition as a game. Blizzard faithfully created the original MMO, quirks and everything else. The coming Burning Crusade Classic is a recreation of World of Warcraft‘s first expansion with all the Outland-related content available to experience with the appropriate power levels and progression mechanics.

Burning Crusade Classic, launched June 1, aims to be a little less faithful by design; Blizzard is actively tinkering with the experience. It is a new approach that is rightly called “some changes”

; and it should do Burning crusade more viable to play in the long run.

These changes include better matchmaking for the new Arena mode, which has 2v2, 3v3 and 5v5 competitive matches. The raids, like Tempest Keep and Sunwell Plateau, are also getting a little tougher. The bosses will be on their difficulties and it remains to be seen if the players will burn through these challenges in minutes.

“Before Classic came out, many people said ‘no changes’ in the hope that we would not go too crazy, right? ‘said Brian Birmingham, lead software engineer at Blizzard, in a call with Polygon. “It was mostly like, ‘hey, I want to make sure it still feels like.’ Classic. ””

But the reality of “no changes” was a little uncomfortable to deal with. There were bugs that, although very faithful, continued throughout Classic. There were also balancing problems. For example, some players hoped that old raids would enable Race to World First, an esports-style race through max-level raids. Instead, players burned through the content in minutes.

Near the end of World of Warcraft Classic development cycle, Blizzard learned that strict recreation was not the best approach. “We want to say, ‘no, this mistake really adds nothing to anyone’s nostalgia or memories. It’s just annoying, ”said Birmingham.

“We now have the ability to do things that the team absolutely would have chosen back then,” said Holly Longdale, lead game producer at Blizzard, in the same call. “We can have several players in a single area now, we can level things up for the players for spelling batching. We do not have to inherit some of the things that were challenging for the players, not in terms of content, but in playing the game. ”

There are other potential changes that may happen in the future. When asked about the portability option World of Warcraft: Shadowlands‘diverse range of skin tones in Classic for races like blood elves and goblins, the developers were open to the idea.

“Diversity and inclusion are really important to us as a company. It has not been something we have specifically tried to do for Classic, ”Says Birmingham. “I’m glad you took it up, it’s feedback that I honestly have not been specifically aware of. But it makes sense as a thing to explore. I certainly do not want to rule it out. ”

On May 18, players played with one World of Warcraft Classic character will be able to choose whether they will move on to Burning Crusade Classic, keep their accounts in the original Classic era or participate in both (which costs a cloning fee of $ 35 characters). Players will also be able to get Draenei and Blood Elves to start the process of leveling to 60 and be ready to get into Outland. The Dark Portal itself along with all the Outland content opens on June 1st.

A pre-launch event will run in the world where demons invade the blown up lands and attack areas around Azeroth. Burning Crusade Classic is included in a World of Warcraft subscription, but players can pay for a deluxe version of the game that includes a character boost, a Phase-Hunter mount with both retail and Classic design, a special cornerstone and a Path of Illidan toy.