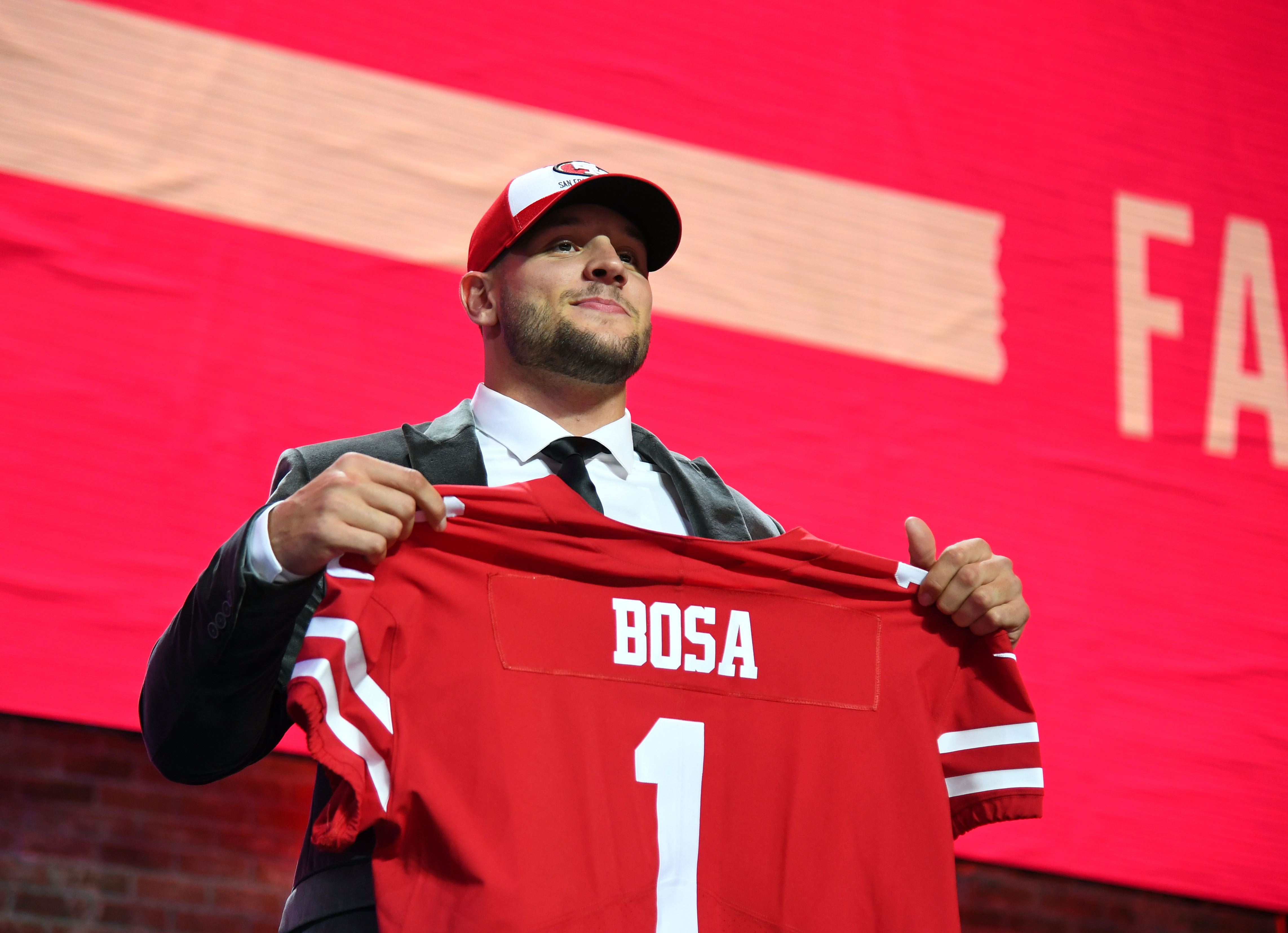 Think back on all the stupid things that flowed out of your ignorant mouth like an annoying youth. Now imagine if you sent these invisible views on social media and were held responsible for them in adulthood.

But it was one of the predominant themes for the NFL Draft weekend, where two top-notch prospects were forced to apologize for their teens social media activity. Nick Bosa, who picked the number 2 assault on the 49, voiced pity on his ruthless decisions to call Colin Kaepernick a "clown" and Beyonce's music "trash can" as an 1

"I'm sorry if I've hurt anyone," he said, per. NFL Media. "I certainly didn't want it to be. I think I'm here (San Francisco), even better for me as a person, because I don't think there is anywhere, any city, That you really could be in that would help you grow as much as this will. I will be surrounded by people of different kinds so that I will grow as a person. I will be alone. up, I have to learn many new things. It's exciting. "

Perhaps Bosa, an avid support from President Trump's social media, has changed his views. It would be appealing. But that's not necessary. It should be possible for Bosa to disagree with Kaepernick's protest and play for his former team.

But the prevailing pickup from Bosa's many mea culpas – he also praised Kaepernick and said he "respects" what QB has done – is that the conformity cannot be settled. Bosa was ashamed of his colleges, with several publications, including the New York Times, suggesting that his tweets were racist. After all, he calls "Black Panther" the worst Marvel movie ever made.

With social media cesspools like Facebook and Twitter entering their second decade of existence, we are now at a point where many young adult digital stories go back to their young days. That means there are plenty of tweets and likes to seep through, and if something seems unnecessary, it's time to beat.

This happened to new Chiefs wideout Mecole Hardman, who was picked with the total 56 selection. Pass-catcher tweeted several homophobic setdowns from 2012-15, using the word "gay" as an insult.

"It's been a long time ago," said Hardman to Kansas City Star's Brooke Pryor. "It's probably the immature of me at the time to tweet things like that. It's my fault for doing it. I came a long way from it. It's not I am today."

I suppose there Nothing wrong with asking future NFL stars if they still support flammable comments from their past. At least, it allows them to reject evil such as homophobia and racism, which is a good message to send. The world would be a better place if the bratty kids did not have parrot hat-talk at middle school lunch tables.

But there is something worrying, and frankly eerie, about seeping through tweets from da-teens in an attempt to dig dirt and get them in trouble later. Instagram sleuths dug through Bosa's old "likes" to find he liked several posts from an apparent friend in 2014, who presented offensive hashtags with racial slurs, homophobic taunts and sexual induendo.

Hashtags are absolute drivel – a pu pu plate of dirt from the mouth of punk 16 years old, if you want. And yet they found their way to USA Today: "Nick Bosa liked Instagram postings with racist and homophobic slurries," the headline says.

Teenagers say and do stupid things. Putting that kind of idiot on social media makes it permanent, but it doesn't make it any longer indescribable for Bosa or Hardman than a number of insults you probably joined with your friends during recess.

In these cases, the players deserve the benefits of the doubt. Obtaining school care from 14 and 16 year olds is an unfortunate practice.