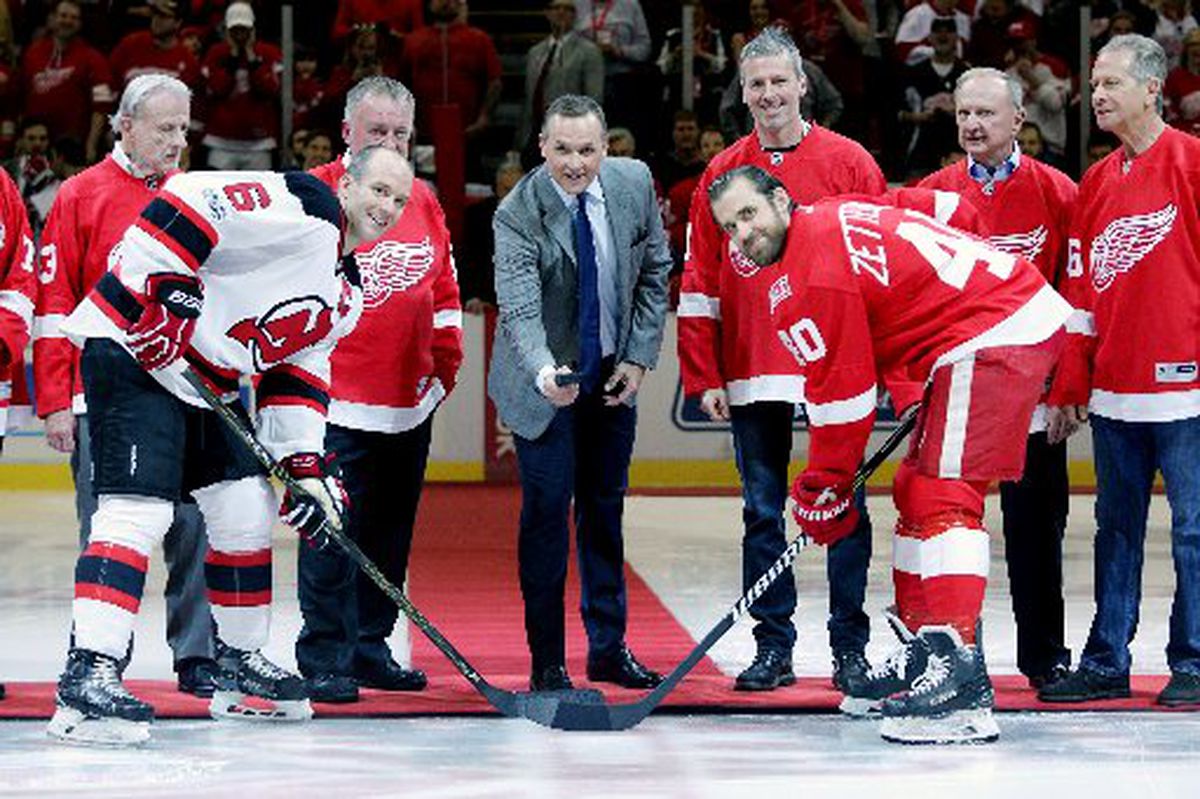 The Detroit Red Wings will introduce Steve Yzerman as their new general manager this afternoon, a source confirmed to MLive.

Ken Holland, the club's GM since 1997, will remain as the team's senior vice president.

The Red Wings announced a news conference for 3 pm at Little Caesars Arena with team president and CEO Chris Ilitch, Yzerman and Holland.

Yzerman, 53, had been the GM of the Tampa Bay Lightning since 2010 before abruptly announcing just prior to the 2018-19 season that he was stepping aside with one year on his contract so that he could spend more time with his family, which stayed in Detroit. He served as a consultant to the Lightning until his season ended this week with a first-round sweep against Columbus

Holland, 63, had one year remaining on his contract as GM.

Yzerman was the longest-serving captain in NHL history, for 20 seasons from 1

He was with the Red Wings for four seasons following his retirement, serving as an assistant to Holland as the team's vice president.

Yzerman is credited for making several moves to help turn the Lightning into an immediate Stanley Cup contender. The team reached the conference final during his first season in Tampa Bay and qualified for the playoffs five times in his eight years as GM but did not win the Cup.

Yzerman also served as Team Canada's executive director in 2010 and 2014, assembling teams that won the Olympic gold medals both years.

Holland addressed his future on April 8 following the team photo and locker clean-out, saying he planned to continue being the GM until duty otherwise.

Holland came to the Red Wings in 1983 as a minor league goaltender and joined the front office as a Western Canada scout two years later. He worked his way up as the team amateur scouting director and assistant GM before being promoted to general manager in July 1997, a month after the Red Wings ended a 42-year Stanley Cup championship drought.

The Red Wings won three more Cups during Holland's tenure as GM (1998, 2002 and 2008) and reached the playoffs during his first 18 seasons in that capacity, extending their postseason streak to 25 seasons, which was the longest of the four major professional sports leagues until being broken in 2017. The Red Wings, under Holland, won 10 division titles and four Presidents' Trophies.